Gospel Restores Honor to the Dishonored

[Editorial note: This article is based on the 1994 EMQ article "The Gospel for Shame Cultures" by Bruce “Thomas” Sidebotham and has been revised on Bruce’s own site in this 2002 revision.] 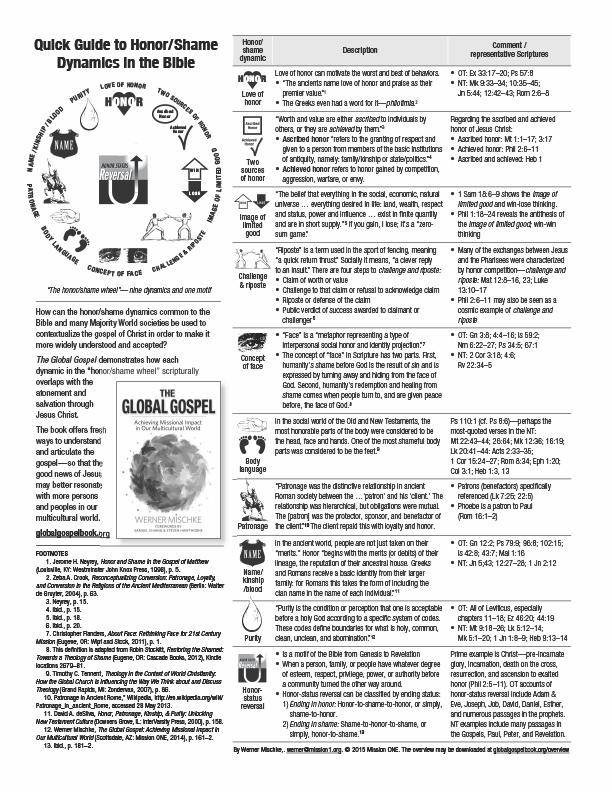