While shame may be primary in some societies, it is present to some degree in all cultures. And honor and shame are dominant influences in many pockets of American society in which public praise and scorn regulate behavior. In such groups, a person’s status is determined by meeting the group’s unwritten expectations. Here are several American subcultures that employ the carrot of honor and stick of shame:

TEENAGERS: I like to joke that “the most honor/shame-dominated people group in the world is a group of junior high students.” Remember the pressure to act certain ways or wear certain clothes to be part of the “in crowd”? Teenage communities use the shame of ostracism and the honor of “being cool” to enforce conformity.

THE MILITARY: Google “honor” and you get mostly military images. Those who serve experience a strong code of honor. Since no financial compensation would propel someone to sacrifice their life for others, acts of bravery are rewarded with public honor.

IMMIGRANT COMMUNITIES: Changes in U.S. immigration policy in 1965 opened our borders to an influx of people from more shame-based cultures. First generation immigrants often form close-knit neighborhoods (i.e., Chinatown, Little Saigon, etc.) in which their traditional culture is preserved, and they use honor and shame to maintain their cultural distinctives.

RURAL COMMUNITIES: In small town America—where your butcher is your neighbor and your kid’s basketball coach—gossip spreads quickly. Reputation is important, because there are few places to hide your shame in a town of 500.

GANGS: Honor is everything in street life. The “code of the street”1 revolves around “respect,” being treated with the honor one deserves and not being shamed. Projecting a dominant reputation trumps personal responsibility or future-building. Within gang culture, even disobeying the gang’s “rules” can be a badge of honor. 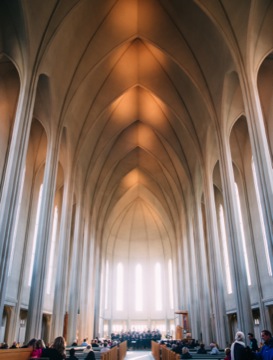 SPORTS TEAMS: Athletic prowess is rewarded with honor, especially for those who sacrifice their physical body for their team. Those who excel at the professional level are admitted into the “Hall of Fame.” The sports team vocabulary for honor is “Be a man!,” “Don’t be a sissy,” or “He is a beast!” “Man,” “sissy,” and “beast” are left undefined, but we all recognize them as attributions of honor or shame.

CHURCH: Are there unwritten rules of how people “should” behave in church, enforced by gossip or worse? Considering the label, it is ironic that legalism typically uses “shame” more than “guilt” to shape behaviors. Some elements of Christian shame are of course appropriate — the gospel reveals our inadequacy and unworthiness before our awesome God. But Christians also frequently work hard at hiding a false shame at “not being good enough.” Honor and shame are inherently communal, typically coming into play in any group where cohesion is essential for success and survival. In such contexts groups naturally resort to shaming those unwilling to do what is best for the group. By noticing honor and shame in these contexts with which we are all familiar, we will hopefully be better equipped to see it in the Bible and other cultures as well. Could greater awareness of the roles shame and honor play in our own spheres of influence empower us to share the gospel in ways that communicate more deeply with the lost around us?

Well, I’ve been six out of the seven groups mentioned and whereas I’d agree that shame can play a role, I can’t recall shame with an absence of guilt. As for the honor side of the coin I never cared for medals in the Marine Corps and few of us did. One time I said to a fellow Marine that no one loved him more than Christ did. He preceded to describe how his best friend literally threw himself on a live grenade, thereby saving one life. Sometimes the group counts for nothing whatsoever.

The antidote to shame is always grace, beginning in Genesis 3 when God asks the shamed man and woman, “Where are you?” and invites them out of hiding and back into a relationship with him. May our churches especially be places of grace!

I’d like to add an eighth!
SOCIAL MEDIA: The anonymity of online interaction makes it simple and relatively safe to “publicly” shame or honor anyone or anything.  While the interactions occur in a virtual, electronic world, their effects project powerfully into life and action.  “Shaming” can result in cyber bullying, getting fired over improper online comments, or perhaps a reality check on aberrant inclinations.  “Honoring” can lead to a new business partnership, increased visibility for a job well done, or perhaps an inflated ego.

Or none of the above.

Jayson Georges (M. Div., Talbot) served in Central Asia for 9 years, and is now Missiologistin- Residence at an evangelical organization. He has published The 3D Gospel: Ministry in Guilt, Shame, and Fear Cultures and developed TheCultureTest.com (a free, online culture survey) to equip Christians living in honorshame contexts. Jayson blogs at HonorShame.com and lives with his family in Atlanta, GA.

Follow @HonorShame.
Email .(JavaScript must be enabled to view this email address)