Guilt and innocence are individualistic concepts reflecting a person’s state with reference to a judge or law, while honor and shame are community concepts relating to a person’s relationship with a community.

Shame is placed on a person or group for actions disapproved of by the community, usually as a form of discipline, and results in disparagement and distancing of the relationship. This is often connected with uncleanness. 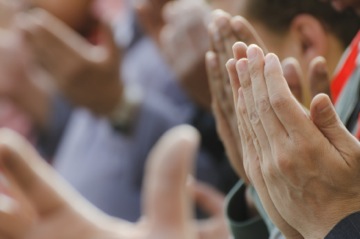 Honor is esteem given an individual or group for actions approved by the community. It brings a closer relationship and a higher position in the community.

MUSLIMS AND THE GUILT-INNOCENCE GOSPEL

Most Muslims, and many other unreached peoples, think and live in communal terms involving honor and shame. So gospel presentations to Muslims in terms of guilt and innocence often encounter resistance every step of the way:

CHRISTIAN: “God loves you and has a wonderful plan for your life.”

M: “Nope. Allah can have mercy on whomever He wants.”

M: “Nope. Nobody can pay for anybody else’s sins.”

The guilt/innocence gospel is often not received as good news by Muslims because they just don’t understand it. It doesn’t make sense to them or “scratch where they itch.” But I get a very different response when I talk in terms of shame and honor.

MUSLIMS AND THE HONOR/SHAME GOSPEL

Many Muslims feel an honor deficit, and an honor/shame presentation of the gospel helps them grasp the Good News on a very deep level. Instead of “Nope, nope, nope” they say “yeah, yeah, yeah,” nodding in agreement every step of the way.

When we share in this way, they find that it really is “Good News”!

Here is how I might share the whole picture on a napkin with my friend Ahmed, a Muslim from an honor/shame culture.

J: Could I share with you the big picture of God’s “Straight Path” according to the Old Testament [Taurat] and the New Testament [Injil]?

[As much as possible we simply ask questions to draw out what he already knows that agrees with the Bible, leading him to affirm the honored position into which Adam was created.]

J: You remember the prophet Adam. Where was he created?

A: In Paradise, in the garden!

J: What was his position?

A: He was held in great honor. He was Allah’s Regent on earth!

A: He had everything he needed!

J: What kind of responsibility did he have?

A: He was given responsibility for the names of all the animals!

J: What kind of relationship did he have with God?

A: He had a very special, close relationship with Allah!

J: And what was Adam’s relationship with creation?

A: He had an excellent relationship with the animals and his wife.

[Next we explore how Adam brought shame on the human race.]

J: So then what happened? Is Adam still in the Garden?

A: No! Iblis tricked him.

J: Right, and what was Adam tricked into doing?

A: Adam disobeyed and did what he was not supposed to do.

J: What happened when he disobeyed?

A: He was thrust out of the Garden.

J: So then what was his situation?

A: He felt fear and great shame!

J: Did Adam have clothes when God expelled him from the Garden?

A: No. He was naked, and Allah had to clothe him.

J: Did he still have his same position and provision?

A: No, he lost both his position and provision.

J: Did he still have great responsibilities and a close relationship with God?

J: What is it like for someone to have something of great value and lose or waste it?

A: It brings great shame and dishonor.

J: When Adam was shamed like this, did he try to cover his nakedness?

J: Did that work?

A: No. Allah sees everything!

[Now we make the story personal.]

J: Now if a father does something shameful, what happens to the rest of the family?

A: He brings shame on the whole family!

J: So this story isn’t just about Adam, it is about us, right?

A: Yes, Adam’s story is our story too. We are all sons of Adam.

[Then we discuss God’s response to the situation.]

J: So what did God do then for Adam?

A: He clothed him and covered his shame.

A: Normally we have to kill an animal.

J: So it appears that God shed the blood of an innocent animal to cover Adam’s shame. Do you think this is an important sign regarding how God wants to cover our shame?

J: There is something similar in the story of when Abraham was going to sacrifice his son. Do you remember what God did?

A: Allah Himself provided a great Korban, or sacrifice!

J: Moses also had the people sacrifice innocent animals. In fact, we see with many of the prophets this sign of an innocent sacrifice, don’t we?

A: Yes, all of the prophets offered sacrifices, and to this day we celebrate the great sacrifice Allah provided to Abraham!

J: So is God’s response to Adam and the other prophets a sign for us today?

A: Yes, the prophets are signs to lead us to Allah’s “Straight Path.”

[We conclude with how this affects us personally.] 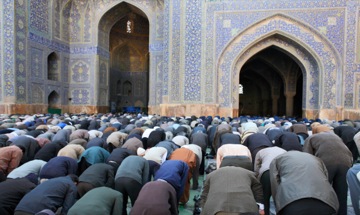 ourselves, and that the result of such shame is eternal separation from God. Is this right?

A: Yes. Unless Allah shows us mercy and forgives us, we are all condemned to eternal shame.

J: If someone is poor, unclean or shameful, can they make someone else rich, clean or honorable? Can anyone who lives with Adam’s shame restore us to a place of honor before God?

J: Is there an in-between place? Can one disobey and dishonor God and escape the shame we inherit  from Adam?

A: No. Apart from Allah’s mercy we have no way out of our shame before Him.

J: If you brought shame to your family, can you simply return home and pretend nothing happened?

A: No. Someone close to my father, whom he honors, must come and reconcile me and restore my honor.

J: The New Testament tells that God showed us mercy by sending someone with the highest honor to restore us to Him, someone to whom all the prophets point—who honored God by living a sinless life. And the New Testament tells us that he became the perfect sacrifice to do what animal sacrifices could never do to restore our relationship with God. Do you know who that is?

A: The prophet Issa?

J: The New Testament tells us that Jesus was more than a prophet. He was also the very Word of God, born through the Spirit of God, so he has the very nature of God.1 There is no one else with this kind of relationship with God. God sent him to deliver us from our shame. The New Testament tells us that, by the will of God, Jesus is the path by which our honor can be restored and we can be reconciled to God. Jesus took our shame when He died, and God honored him when He resurrected him. All who trust in him as their mediator will have their shame removed. Could this be the Straight Path you have been looking for?

A: Yes, I would like to learn more about this. Could we read the Injil together?

J: Let’s start with the story of Jesus in the first book of the New Testament, Matthew. When would you like to meet to read this story together?).

Thank you, Jeff!
Just what I was looking for.

Jeff Hayes has been involved with Muslims since 1976. He served in the Middle East for 22 years and is fluent in Arabic. He has developed many tools to share with Muslims, and currently spends a lot of his efforts in equipping laborers to be more effective witnesses. He also works in translation between Arabic and English. He focuses on finding commonalities with Muslims that are useful as stepping stones from what they believe to who Jesus is.