Year of the Frontier 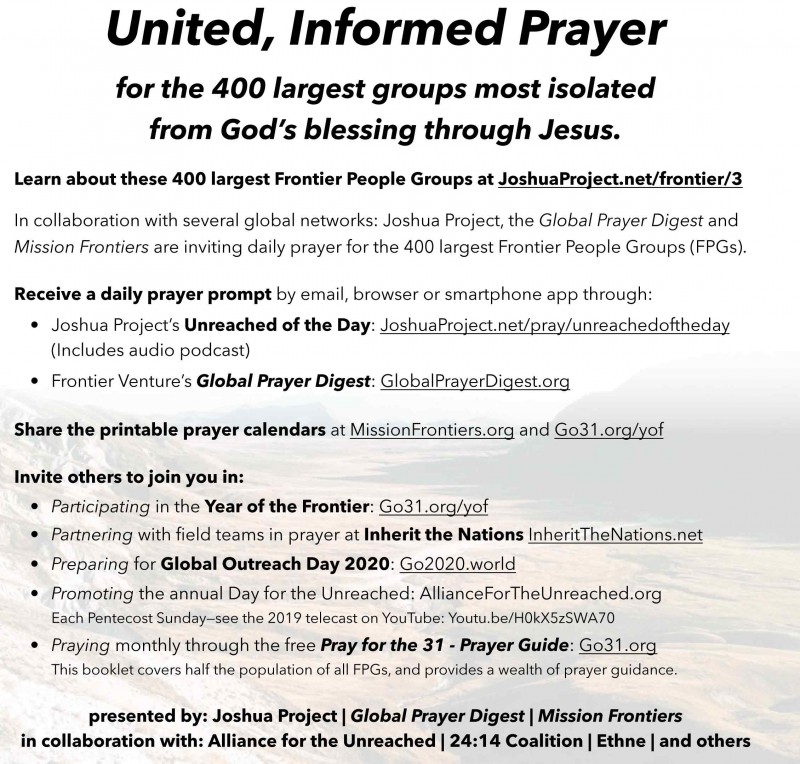 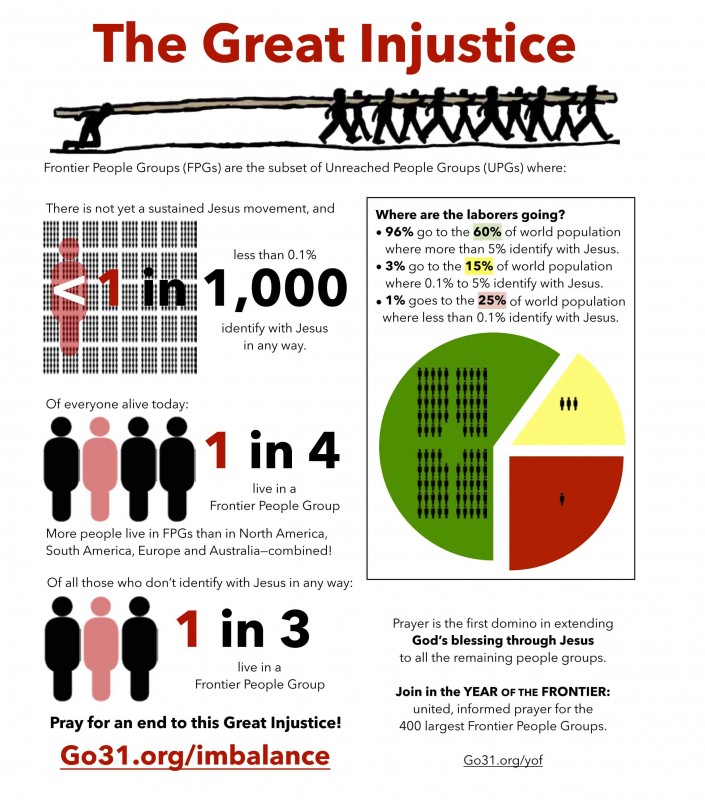 Throughout most of Christian history, movements to Christ have developed in new cultures following certain biblical principles. Historically, not one people group has been won to Christ without an...

The Path Forward is Clearer Than Ever Before.

Will We Have the Courage to Take It?

For forty years, now Frontier Ventures and many other mission organizations have had a laser-like focus on taking the gospel to the Unreached Peoples of the world. We have worked tirelessly to...

A Decade’s Progress—In Just One Year!

Behind the global turmoil that preoccupies so much of the world’s attention, God is quietly reaping the greatest spiritual harvest in history, while preparing an even greater harvest.

Editor’s Note: The concept of Frontier People Groups is still developing. Rather than representing an established consensus, this article explores potential nuances of the concept. Further...