Coming Soon to an Unreached People Near You!

The Holy Spirit is birthing an increasing number of generational movements around the world among previously unengaged and unreached peoples. In 2009, God led Jeff Sundell from helping launch those movements in Asia to pursuing them here in the U.S. MF has covered this story in several past issues (Mar-Apr ’11, Jul-Aug ’12, and May-Jun ’13). What follows is a sampling from Jeff’s latest report.

In Someone has to be First: The Power of Precedent,1 Steve Smith explains the essential role of precedent in imparting vision for God’s people to apply His promises. Jeff’s success provides such precedent as U.S. “4x4” movement starts are now developing toward reaching the unengaged among us.

Do “try this at home,” but don’t try this alone—without guidance from the Holy Spirit and coaching from others.

In Jan/Feb 2011, MF first introduced readers to the T4T (Training for Trainers) model of Church Planting Movements, and in March the book2 was released here in the U.S.

Since then, this “re-Revolution” has multiplied steadily in the U.S. with an ultimate agenda of reaching all of the unengaged and unreached peoples represented here (see the 50-5-50 Vision sidebar at the end of this article). As of December, 2013 Jeff Sundell reports these developments: 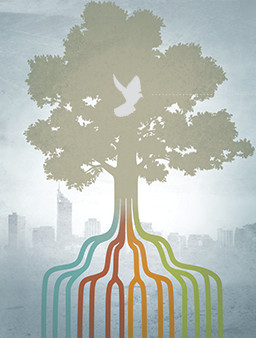 Some Emerging 4x4 Movements in the U.S.

Multiple streams of 3rd generation discipleship have developed just since April 2013, when the first 40 teams of two identified 400 potential houses of peace. Sixty groups were formed in 60 days, and by December more than 100 groups had formed in 36 communities, with more than 250 professions of faith in a variety of ethnicities. Read Fred & Melissa’s Story on p.12: “No Longer ‘Business as Usual.’”

Zach and Ron started training four groups the second week in February. Within eight weeks they had 32, in 12 weeks they had 50 groups, with two in the 4th Gen. As of December, 2013 Zach and Ron had ten 4th Gen disciples and two 5th Gen groups. They held trainings in nine countries in 2013, and are now doing trainings within a prison and a college campus.

Chuck is training others via Google Hangouts, and has a global, on-line network of collaborators.

and around the world: (from voluntary reporting by one third of Chuck’s network):

Read Chuck’s Story on p.16: “No Longer ‘Discipleship as Usual.’”

Gary’s Onward Church is a late 2011 church plant in the T4T model. By late 2013 it had grown to 200 groups with more than 1,000 people and five generations. And more than 50% of participants were non-Christians before joining one of these groups. Read Gary’s Story on p.14: “No Longer ‘Church as Usual.’”

The Catalytic Power of Collaborative Learning Communities of Practice (CoPs)

The goal of CoPs is to create a holy discontent with the status quo, so that we count the lost rather than the saved.

In 2006, Southern Baptist missionaries working around the world with emerging movements met for three days to discuss their various training models.

Each brought a case study of their own work to guide others in asking questions and suggesting insights, testing everything against God’s Word. The resulting cross-pollination in the light of Scripture increased everyone’s fruitfulness and shaped emerging “Training for Trainers” (T4T) movements. Over the next 18 months, the pace at which movements emerged and matured increased significantly!

So many great ideas emerged that later gatherings were expanded to include YWAM, Discovery Bible Study (DBS), Movements.net, Act Beyond (formerly Mission to Unreached Peoples), Antioch Church in Waco, TX, and others. This CoP had a dramatic impact on me and several others I know, and on accelerating movements.

The experience of this first CoP has led additional peer CoPs to emerge among those at similar stages of pursuing movements among unengaged and unreached people groups in the U.S and around the world.

These CoPs complement traditional coaching from successful practitioners as a powerful, catalytic dynamic to inspire and accelerate new and emerging movements.

The most powerful fruit of such CoPs is their potential for birthing new movements. As a movement matures, thousands of leaders are developed from potentially diverse backgrounds who know movement dynamics from personal experience. A simple list of unengaged people groups presented in a CoP invites everyone to consider “Who in your movement could become intentional about launching a movement among some of these other groups?” This has led repeatedly to experienced trainers in existing movements helping launch other movements across Asia!

Personal relationships developed through CoPs also facilitate the launching of additional movements. One of the first nationals we worked with who became a 4G trainer—successfully cultivating multiple streams of 4th Gen disciples—has presented his case study in a variety of CoPs and other contexts, and met and influenced 80-90% of the 40+ 4G streams we are now tracking today (beyond the 10–12 4x4 movements led by others this trainer has trained.)

Now these dynamics are unfolding here in the U.S. as well.

This is the most fruitful CoP model I have witnessed:

CoP participants don’t try to convert each other to “their” approach. Instead they respect what others are doing while reevaluating what they themselves are doing. They gather to discover practices which can lead to more fruit,5 with the result that former “distinctives” are becoming adopted as “fruitful practices.”

IoI is another important development, in which peers gather to discuss what they can do differently in the next two weeks to see a breakthrough.

If God leads you to seek Him for a movement, don’t neglect these powerful CoP and IoI resources.

Explore these online communities, then join one or start
your own:

No longer are the ends of the earth only thousands of miles away. God is bringing Acts 1:8 to our doorstep.

In the next 10 years, an increasing number of U.S. cities will be majority-minority (the majority of residents being minority peoples from Asia, Africa, the Middle East, and Latin America).

Early adopters of the 50-5-50 vision include E3 Partners and a variety of emerging U.S. T4T 4x4 movements. And participation is open to any group or individual pursuing 4x4 movements among UPGs and UUPGs.

God’s grace is indeed impressive and explained well here.  Thanks,  Jeff.  Thus article I will use to train others (who train others!).
http://www.scm-action.org

My background includes several entrepreneurial businesses in the States. After serving two years in India and Nepal as part of an innovative program with Southeastern Baptist Theological Seminary, I graduated in Dec. ’01 with an MDiv in Church Planting and an MA in Intercultural Studies. Most recently, I served with the International Mission Board in South Asia as a Strategy Associate for Northern India, Nepal and Bhutan. My passion is to see people far from God reached with the Gospel of Jesus Christ and and develop reproducing disciples one life at a time, who gather into healthy reproducing churches!