No Longer “Business as Usual”

I just spent the weekend hosting Fred and Melissa. They are experiencing the same things we have seen overseas, and touching every people group in their communities—Muslims, Hindus, Latinos, and African Americans. They are seeing great success in the lower and middle classes, and are beginning to reach the upper class. They are forming groups in the inner city and the suburbs. They are touching everyone.

These movements are also branching out into Detroit, Miami, Kansas City, New York, Houston, and Chicago, and God is using them to mobilize the sleeping army in many churches—doctors and business people, young Christians and old believers, everybody. While laity is the primary workforce, a number of pastors are joining them, dissatisfied with the status quo.—Jared Houk, Field worker

As a family we have witnessed door to door for decades, using whatever model was favored by our current local church—Continuing Witness Training (CWT), Becoming a Contagious Christian, The JESUS Film videos, Got Life, Share Jesus Without Fear, Marketplace Evangelism, and FAITH evangelism. And when I had extended business travel I would find a local church and ask to join them in witnessing. They were always encouraged, and the people to whose homes we went seemed more responsive with someone from out of town. And as we shared the gospel, we joyfully experienced GOD!

But after we, with others, helped add 1,200 people to one church, these people eventually wandered away because there was no structure for discipleship and leadership development to equip the fruit of these evangelistic outreaches for multiplication.

In 1999 God led us to start a manufacturing company which became a vehicle of ministry to employees, customers and vendors. With many we met, we looked for spiritual interest. Many came to Christ, and we plugged them into local churches. We also energized and emboldened many Christians. God gave us several product designs which proved quite valuable, and the company grew rapidly through multiplication. We also witnessed in other contexts, but generally found people most responsive when we went to their home or had relationships through work.

In knocking on doors we found that about 1 in 20 would receive Christ. But even when people came to faith and joined the church they did not reproduce.

From February 2007 to the present we have been praying “Lord Jesus, Give us Austin or we die!” When God arranged for the sale of the business in 2011, we took this as God’s provision for us to pursue full-time the prayer He had placed in our hearts.

We spent 2011 and 2012 surveying, praying, and serving in the spiritual battlefield of Austin, TX, and learned that 90% of the 1.9 million people in our metro area are unchurched. Everywhere we found many far from God, so we prayed daily for God to show us a leadership structure scalable to any size. We also met with pastors to share what God was revealing to us.

One insight God gave us was to demonstrate God’s grace by offering a free gift of value (breakfast burritos)1 to the homes we were visiting, then get their first name and ask to pray for them: “Joe, if God could do a miracle to meet a need you have right now, what would that need be, and could we pray that for you right now?” Nearly half began responding positively (up to 70% on Sunday mornings in the suburbs), and we would pray with them. Then when we were out of sight we would note these homes as “potential houses of peace” for later follow up.

Two weeks to two months later we would return, identify ourselves as the ones who brought breakfast and prayed for them, and say “We’d like to share a story with you.” In their living room or on the front porch we would then share a Bible story, our personal testimony and the gospel.

With this approach we found that 80% would either accept Christ or accept our offer to return in a week and tell another story. Again we found believers energized and emboldened by our interaction, but we still didn’t have a scalable model for training, for leadership, nor a continuous improvement process inherent in the model.

Then in February of 2013 a pastor invited us to a T4T training offered by Jeff Sundell. There God gave us an “Entry Plan, Gospel Plan, Discipleship Plan, Group/Gathering Formation Plan, Leadership Development and Multiplication Plan, and Troubleshooting Plan.” We saw that God had entrusted a great deal to us, and we began passing on all these tools to everyone we knew. Listen to our 60 minute interview with Steve Addison. 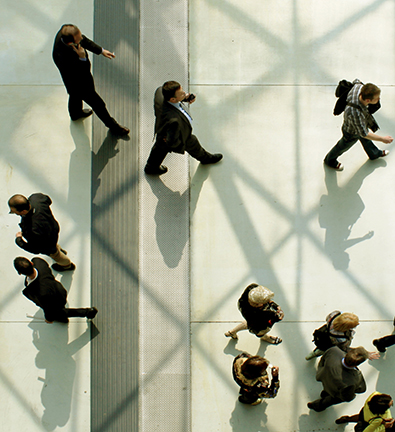 In April of 2013, after mapping the greater Austin area into regions, we sent out our first 40 teams of two to search for potential houses of peace in 12 areas. They found 400!

We formed more than 60 new groups within 60 days of this first search, and additional searches in August and November identified 150 more potential houses of peace. As of December 2013 we had more than 100 groups. Most are reproducing disciples, and one is reproducing churches!

Five weeks after this first search we took a pastor along for follow up. At the first home the mother came to Christ. The next man wasn’t ready to receive Christ, so we asked, “Can we come back next week and tell you another story?” He replied, “Yes! You would do that?”

The third resident had just flown in the night before from Iran, where he had became a Christian. There he had been imprisoned for a year and tortured. He told us, “Last night I dreamt someone was knocking on my door. I came and opened the door, but no one was there, so I went back to sleep. A few hours later I had the same dream, so again I came downstairs. And here you are!” On the plane he had prayed, “Jesus I will suffer more for you, or do whatever you want me to do, but will you please give me at least one friend in the U.S.?” Later that day, he came with us into his community and watched us bring an entire household to Christ! He was overjoyed, and his home became the base for daily gospeling in that community.

A Church is Born

The pastor accompanying us then asked, “How many people have you seen come to Christ here?” We told him there were over 60 in this one housing development, and he said, “We could plant a church here right now!” And we did. This church has been meeting outdoors in their green belt twice a week since mid-July. Their first offering was $200, after which the pastor asked who had a need and distributed the $200 to those who needed it. A new believer remarked, “I had no idea it was this wonderful to give to God!”

Two weeks later this church asked, “What can we do for our community?” They saw a fallen fence that needed fixing to deter children from wandering out of the community toward a major highway, and asked the management of this 420 unit complex if they could pay to fix the fence. The management was so impressed they invited, “Do anything you want here, just don’t amplify with speakers.” By October the gathering grew to more than 100 adults and 50 children. At Thanksgiving, with no outside assistance, the new believers organized and funded a feast for all community residents! This church has raised up 20 leaders to receive further T4T training. And now these new believers are saying, “We want to go and help other communities experience what has happened in our community!” And they did in, four more communities in 2013.

Our 21 year old daughter Rebecca is leading multiple searches to college students near the University of Texas. Before December 2013 finals she led 50 people in teams using the breakfast burrito strategy. We asked, “Rebecca, how are you going to follow up with all those whom God shows you He is working?” She said, “Daddy, God will provide!” Within a week a local Austin pastor heard about this and said, “We’ll bring 150 people to reap the harvest.”

We learned a lot following up on our first “search.” For example, the bonding in the first weeks goes very deep; once someone comes to Christ, we need to either plan to stay with them 9 to 18 months or immediately bring in someone else to train them.

Everything has changed from when our family first went knocking on doors.

Now we have simple tools for working with the Holy Spirit to lovingly train many believers into effective, reproducing soul winners who train others. The army in our churches across the city is coming alive!

Now, our relationship with a person far from God does not end if they say “I’m not ready”; these Bible-centered tools sustain the relationship for weeks as the Word of God sinks in and the mentoring process pursues Pastoral Care, Loving Accountability, Vision Casting, Practice telling God’s Word, Setting Goals, and Praying specifically that God would help us.

Now—within minutes of someone coming to Christ—the Word of God empowers and equips the new believer to share their story to everyone in their social network who is far from God. Within days the new believer is trained and practices telling their story with the gospel to lost friends and relatives. And we are training people to use generational mapping for reporting and diagnostics.

For 2014 God has raised up a number of churches to help send out 100 teams each month toward a goal of identifying 10,000 potential houses of peace, and we are supporting similar efforts in Houston and other cities.

Fred’s background is in underwater video, sonar, and acoustic positioning systems, and the company he founded produces force measurement systems for harsh and hazardous environments. Melissa was an ICU nurse afraid to talk about Jesus, but God has turned her into a reproducing disciple in English and Spanish! God has blessed Fred and Melissa with Elizabeth, Rebecca, Sarah, and Joshua. They love their pastor, Dr. Danny Forshee, and Great Hills Baptist Church!


Contact the Campbells at .(JavaScript must be enabled to view this email address).