No Longer “Church as Usual”

Adapted with permission from http://www.OnwardChurch.org/vision

In December 2011, Gary Stump started Onward Church in Fishers, IN in the T4T model. As of December 2013 they reported 1,000 people meeting in 200 groups with 50% non-Christians or newly baptized, and some 5th generation groups. In 2013 alone they celebrated 300 decisions for Christ.

I started my ministry as a pastor in 1990 in the usual way of “attractional” church. The traditional idea of “doing church” was to develop a program on Sundays that would draw those who were far from God to hear the Gospel and connect with the Lord and His people. But after more than 20 years doing it this way, something seemed very ineffective to me with this approach. I’ve said for a long time, “I’m way too old to play church!”

About that time I was introduced to the story of Ying Kai. In 2001 Ying was assigned to an unreached people group of 20 million people in a country in the Far East. For the five years prior to this new assignment, he had been effective in planting one new church per year, and personally discipling about 60 people per year. He was receiving accolades for his effectiveness.

But as he considered the overwhelming responsibility of trying to impact 20 million people, he realized he would never make a dent in reaching these people if he kept doing what he had been doing. As he turned to the Lord in prayer and meditated on the Great Commission (Mt 28:18-20), he found the Lord’s instructions for pursuing his new assignment.

The Great Commission instructs us that

With these marching orders, Ying began teaching a group of 30 Christians how to make disciples who would know how to make disciples. During the next 10 years, he was used of God to begin a movement that planted more than 158,000 churches and baptized 1.7 million people.

This story was overwhelming to me. For the ten years prior to hearing Ying’s story, I had served in a new church plant that was among the 1% most successful church plants in America. Yet my church had only baptized 1,000 people in the same 10 years that Ying’s movement baptized 1.7 million.

As I reflected on this I saw that we Christians in America have generally abdicated our responsibility to make disciples and found ways to rationalize our habitual disobedience to the Great Commission. But in our defense, few of us have any idea how to make disciples—we have never been taught.

Furthermore I realized that in my 22 years as a pastor I had encouraged, challenged, rebuked, motivated, inspired and even scolded Christians toward disciple-making. But I had never taught them how to make a disciple. It had never occurred to me that my first responsibility as a pastor in “equipping the saints for the work of ministry” (Eph 4:11-13 ESV) was to teach them how to make disciples who were able to make disciples (2 Tim 2:2).

I asked the Lord for forgiveness and determined to train everyone in disciple-making. 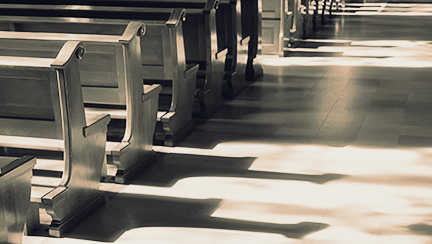 What can God do through us in the months and years ahead if we can learn to be effective in making disciples who can make disciples?

The modern, “relevant” church growth movement in America focuses on the Sunday morning program. This often leads to complicated programs that require enormous resources—both human and financial. It just seems too complicated. In Onward Church we felt the Lord asking us to keep it simpler. So our worship on Sunday is genuine, simple and organic.

Our focus is training Christians to obey Jesus—especially  as it relates to disciple-making.

Many churches spend 40% or more of their offerings on their church buildings and facilities—from construction to upkeep, yet use their buildings only a few hours per week. We have decided to rent a meeting place whenever and wherever we need, and meet mostly in homes. This increases the involvement of our members and reduces our facilities cost below 8% of our offerings, leaving substantial resources to fund missions and outreach.

For personal interacztion and a “getting started” guide, email [email protected].

A great word on no longer “church as usual” I am currently focusing on this same issue, did a search and came across this article among others. Keep up the good work.

You quote of 2Tim 2:2 is a fantastic scriptural reference for multiplication in making disciples. Its one of my favorite passages on this topic. The church as we have come to know it is in dire need of reform. Feel free to send be any relevant information.

Gary L. Stump is pastor of Onward Church in Fishers, Indiana. He was in the business world for almost 20 years, but after a drunk driver killed his wife and left him with four children to raise, God eventually led him to become a pastor. He remarried in 1989, and he and Kathy added a son in 1998. They now have fourteen grandchildren. Gary Studied at Indiana University, Crossroads Bible College and The Southern Baptist Theological Seminary. You may contact him at [email protected] garystump.org.net.