The Spirit of God is launching Church-Planting Movements (CPMs) around the world, just as he has done at various times in history. With Acts-like DNA disciples, churches and leaders are multiplying every few months. In the glorious mystery of God causing the growth, we find that he calls us to join him in the work.

As these modern movements have emerged, the Spirit is using a variety of “models” to start CPMs. Perhaps the majority of fruitful CPM models are adaptations of two major approaches: Training for Trainers (“T4T” – developed by Ying Kai) and Disciple-Making Movements (“DMM” – sometimes called the Discovery Bible Study model – “DBS” – taught widely by David Watson). There are other approaches God is using to start CPMs, but these two major models seem to be producing the majority of CPM results in the world.

We are often asked if we prefer the “T4T” model or the “DMM (DBS)” model. Do we teach more a “Ying Kai” model or “David Watson” model? Is a particular training more of a “Steve Smith” or “Stan Parks” approach?

To which we would all reply:

What then is Apollos? What is Paul? Servants through whom you believed, as the Lord assigned to each. I planted, Apollos watered, but God gave the growth. So neither he who plants nor he who waters is anything, but only God who gives the growth. (1 Cor. 3:5-7 ESV, emphasis added)

OVERVIEW OF T4T AND DMM

T4T is a process of mobilizing and training all believers to evangelize the lost (especially in their oikos or circle of influence), disciple the new believers, start small groups or churches, develop leaders, and train these new disciples to do the same with their oikos. Discipleship is defined as both obeying the Word and teaching others (hence, trainers). The goal is to help every generation of believers to train trainers, who can train trainers, who can train trainers. It equips trainers using a three-thirds process of discipleship each week – 1) looking back to evaluate and celebrate obedience to God, 2) looking up to receive from his Word and 3) looking ahead by setting prayerful goals and practicing how to impart these things with others.

DMM focuses on disciples engaging the lost to find “households of peace” and beginning a discovery group - an inductive group Bible study process from Creation to Christ to discover truth. While they are on the journey toward coming to Christ (a several month process), they are encouraged to share the Bible stories with other family and friends and to start discovery groups with them. At the end of this initial process, new believers are baptized and then begin a several-month inductive Bible study church-planting phase during which they are formed into a church. DMM is designed to disciple the discovery group to a commitment to Christ which leads to new churches and new leaders who then reproduce this process.

The two approaches are very similar but with significant difference of nuances. They both seek to implement similar Biblical principles to get to CPM. And yet there are enough differences that many are confused about which approach to use. Both systems have their strengths and weaknesses. Both can learn from the other, and have done so already.

HOW ARE DMM AND T4T SIMILAR?

Both T4T and DMM practitioners aim to foster Church-Planting Movements that consist of multiple streams of churches reproducing to the fourth generation and beyond. Both of these models prioritize obedience- 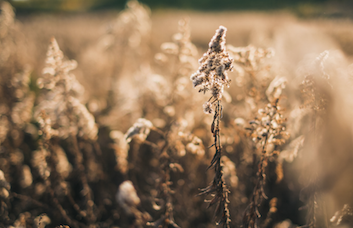 DMM and T4T base their models on common biblical CPM processes:

Additional biblical principles are common to DMM and T4T:

• Simple format churches allow for high reproducibility in a number of contexts.

• Every effort is made to avoid creating dependency on outside leaders, funding, and resources.

• Planning and evaluation are critical to gauge the health of the movement and guide it appropriately, including adjusting CPM models and processes.

HOW ARE T4T AND DMM DIFFERENT?

While the majority of T4T and DMM components are similar, there are some key differences. Within each model there are customizations and variations. In fact, many CPM practitioners blend together elements from both. However, the following would be generally true:

Determining which model to use depends greatly on your situation, your style of leadership and your convictions about some of the nuances. By the power of the Spirit, both have born the fruit of healthy CPMs. The reality is that many CPM practitioners blend elements from both. In Part 2 in a later issue of Mission Frontiers we will take an in-depth look at the methods of implementation and how they compare. Included will be some examples of how CPM practitioners are blending the two models and why. This should enable you to evaluate which would be most appropriate
for your situation, or how to adapt and improve a model you are
currently using.

The Spirit of God is blowing across the earth creating a harvest in every nation. Yet to move with this wind, we must raise the sails of methods and processes that cooperate with the Spirit. In other words, we need a way to respond to His leading. May your CPM model move the way the Spirit moves!

I like this status for I am a church planter in Africa.

Steve Smith works with the International Mission Board (SBC) globally to catalyze learning lessons from and training for biblical Church-Planting Movements. He is the author of the book T4T: A Discipleship  Re-Revolution with Ying Kai (WigTake Resources 2011).