What Must Be Done?

The Birth of a Vision and its Network

“What will it take to see effective church‐planting efforts among all Muslim peoples?” That was the burning question that led to the birth of the Vision 5:9 network in 2002. The year before a handful of organizations began to discuss the need for collaboration regarding the remaining Muslim unreached people groups (MUPGs).

At the time, we had a very incomplete picture of the extent of the Muslim world – where the Church was and wasn’t. It was the conference called Singapore 2002, Advancing Strategies of Closure among All Unreached Peoples, which provided a perfect opportunity to take the conversation further. During the “Muslim World” focus track, two key objectives came out: 1) discover the state of the gospel in the Muslim world, and 2) learn what church planting strategies are bearing fruit. 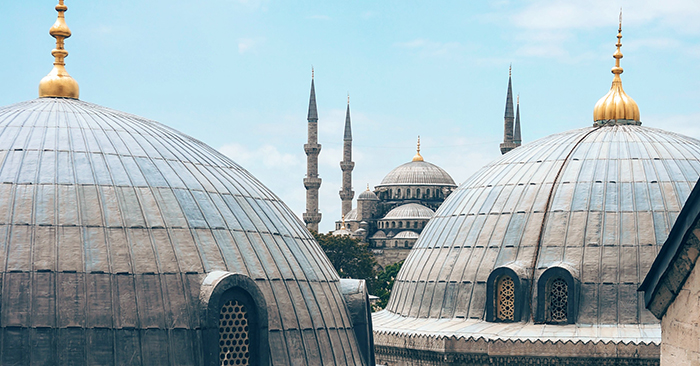 What’s in a Name?

Vision 5:9 gets its name from Revelation 5:9, the prophetic end time declaration proclaiming, “You are worthy to take the scroll and open its seals, because you were slain, and with your blood purchased for God members of every tribe and tongue and people and nation” (TNIV). Our name came from this vision of Heaven that included every Muslim people group, and a need to mask the identity of the network: Vision 5:9.

We understood the challenge of bringing leaders together to divulge sensitive information. I’ll never forget the second meeting with 17 leaders from ten organizations sitting around a table and asked to share where their teams were serving. It was like pulling teeth. People kept their cards close to their chest, not knowing how safe it was to share these organizational secrets.

God set us on the right course to achieve what we believed was our calling, and that was friendship. At the outset, the leadership modeled this by intentionally doing life together. We found ourselves in each other’s homes and doing trips together. We ensured that every meeting included time to pray, walk, talk and laugh. This remains one of the strengths of our network, which has enabled us to keep ‘at it’ together as we continue to grow and evolve. 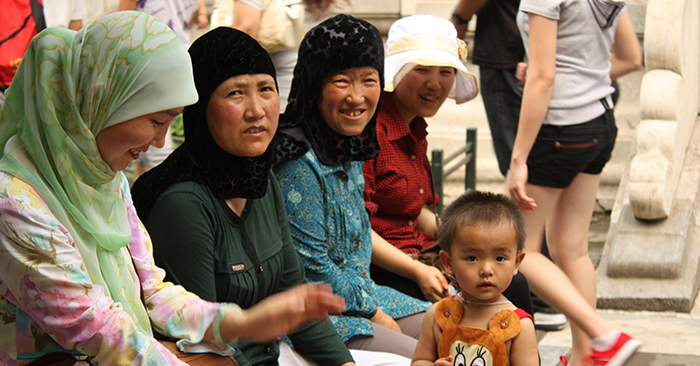 While most organizations were asking the question “What can our agency do to reach Muslims?’” Vision 5:9 enabled us to ask the macro strategic question: “What must be done to reach all Muslim peoples?” This question pushed our individual agencies beyond the boundaries of their own organization, resources, and capabilities to a global, kingdom perspective. The whole church must be mobilized to reach the whole Muslim world. After much discussion, our clear vision statement emerged: Vision 5:9 exists to see effective church planting efforts among all Muslim peoples. This vision was accompanied by four objectives:

It was strikingly obvious as we began to push into this strategic question that we were hardly representing the breadth of church planting. We set goals to increase participation from the Global South. We also determined that, to achieve our objectives, we needed to gather as many leaders and practitioners as possible to learn what God was doing. We divided ourselves into work groups and set a date two years out to host a global gathering. Two of these groups became core to the movement: Global Trends which compiled the database of MUPGs and engagement progress and relevant trends impacting ministry; and Fruitful Practices which facilitated research on how churches were growing among Muslim background believers.[1]

Vision 5:9 sponsored a historic consultation in South East Asia in March 2007 which gathered 500 men and women from around the world. The consultation focused on developments in church planting among MUPGs and which people groups were still beyond the reach of any church planting effort. There were participants from 46 nationalities with experience living among 149 Muslim peoples. A total of 78 organizations and affiliations were represented. During the five-day consultation, we collected 100 interviews and notes from 25 discussion groups that met. (For more, read: From Seed to Fruit: Global Trends, Fruitful Practices, and Emerging Issues Among Muslims.)[2]

In the year following the consultation, visionSynergy helped us wrestle through questions about the appropriate structure to facilitate increased global representation and the birthing of regional networks and partnerships.

Between 2007 and the present, our membership grew from 18 organizations to 175, and these represent over 12,000 church planters, 17 denominations, 32 networks, from around 40 sending nations.

The network is led by a steering team of highly committed leaders. This diverse team of 18 men and women from multiple organizations and nationalities works on behalf of the entire network in overseeing the vision, regional expressions, and task forces. Each of these leaders has a significant leadership role within their own organizations.

Having a committed leadership enabled us to clarify the network vision and priorities. As we progressed, we chose to restate our vision as:  Reproducing churches of reproducing disciples growing in faith and truth among all Muslim peoples. Our mission is to expedite and accelerate engagement of all Muslim peoples through effective disciple-making and church-planting efforts. By the grace of God, we strive to see this become a reality by the year 2025.

How are we doing?

We are encouraged with over 300 new engagements of previously unengaged MUPGs started since 2008. We rejoice that Jesus is being proclaimed in more groups, but we continue to be troubled that as much as 48% of the 2,084 MUPGs continue to be unengaged. Our immediate priority is to provide church planting teams for the 163 unengaged MUPGs that are at least 100,000 in size and comprise 80% of the total population of all the unengaged.

The reality that God is doing something new in our day among Muslims has heightened the need for even greater collaboration, especially in the following areas:[3]

Not all outcomes are easily measured. However, they tell stories of impact that go deep. A few years ago, one African leader of a movement of 500+ Muslim background fellowships said Vision 5:9 gave him a place at the table with international leaders. He found his voice there, and he is forever grateful.

After the horrific martyrdom of Korean missionaries in Afghanistan, the Korean mission movement was stifled and timid to engage in the Muslim world. Vision 5:9 seeded the creation of the Islam Partnership of Korea to help provide a forum for dialogue, best practice, and encouragement towards ongoing engagement of the Muslim world.

We believe the time has come again to gather as a global church around ministry to Muslims. As a result, in October 2017 we will host Abide and Bear Fruit: Global Consultation on Ministry to Muslims. We are expecting 1,200 practitioners with about 25% Muslim Background Believers who will lead the conversations and shape the outcomes. (For more information, write [email protected].)

We believe in kingdom breakthroughs in the Muslim World, but for this to happen we need collaboration because the work is too great for any one church, agency, or denomination. For this, we need a healthy and effective network of people. And now we’re seeing the growth of such a network: Vision 5:9.

[1] The Fruitful Practice Research project has conducted interviews with over 250 workers on 100 teams, 650 surveys, spanning 70 countries, among 50+ MUPGs over a span of 8 years.

[3] For more information about Vision 5:9’s 7in4 Strategic Plan, write to [email protected].

Admiring the time and energy you put into your site and detailed information you offer. It’s awesome to come across a blog every once in a while that isn’t the same out of date rehashed information. Wonderful read! I’ve saved your site and I’m including your RSS feeds to my Google account.

Excellent beat ! I would like to apprentice whilst you amend your site, how could i subscribe for a weblog web site? The account helped me a appropriate deal. I were a little bit familiar of this your broadcast offered bright clear idea

John Becker is the International Coordinator of the Vision 5:9 Network and the Director of Ministries for AIM International. He has been serving unreached peoples in Africa, Europe, and North America for the past 22 years and is passionate about launching collaborative missional efforts. John takes great joy in sharing the love of Jesus with people of other faiths, especially those displaced by war or violence. He currently lives in California with his wife and four children.