The Global Church Planting Network (GCPN) took its first public step in 2009 when two leaders from each continent gathered in the UK to wrestle with the question: “What is the ‘cork in the bottle’ hindering church planting in your continent and what could we do together to accelerate church planting?” A vision and strategy was birthed which continues to grow, sharpen and be refined.

The following year 100 leaders met in Delhi, including: Dinah, a church planter working in the rain forests of Madagascar; Karl, an expat team leader serving the southern cone of Africa; and Aychi, a dynamic CPM trainer living in Ethiopia. The three represented separate organizations without formal connection.

In their initial casual conversation, Dinah shared the great potential, but slow progress, among the 6,000 animist villages he had surveyed along the east coast of Madagascar. Five churches had been planted in the traditional mode with which he was familiar. Karl proposed they invite Aychi to come to train new disciples in Madagascar in a new way of planting. Aychi agreed and 45 potential planters were trained in the CPM/DMM principles of prayerfully seeking out persons of peace with whom to initiate Discovery Bible Groups.

By the end of 2011 the recently trained church planters, fresh out of the harvest, had planted 1550 small disciple-making groups with 2 and 3 spiritual “generations” of churches. By the end of 2015 this number had grown to 5,000 disciple-making groups with 6 spiritual “generations.” In this process additional villages were discovered and CPM/DMM ventures were initiated into three additional tribes who had previously been unfriendly to each other.

New challenges being faced by planters out of the harvest were personal and economic. They began to travel further and to be away from their families and garden plots for longer and longer periods of time. This in turn led to family morale issues and less productive gardens required for growing food. Dinah and Karl collaborated with South African businessmen to bring training and resources for micro-businesses in the rainforest. These small businesses in turn provided economic diversification and resources to support local planters in their travels to engage adjoining tribes. 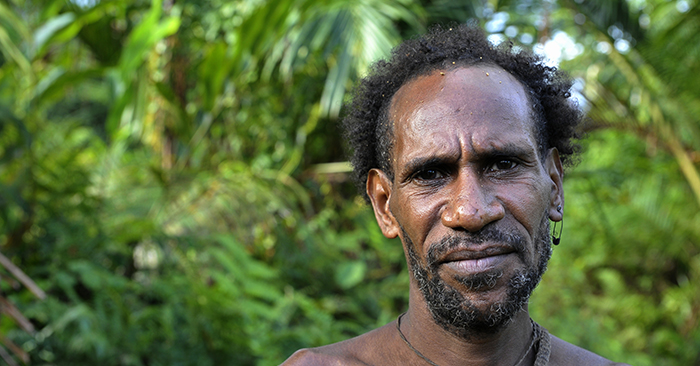 Today the jungle continues to be transformed by the gospel. Fear of demons is being overcome by confidence in the authority of Christ over unclean spirits. Cruel tribal rituals are being abandoned and tribal warfare is nearly eliminated. Villages are experiencing an improving standard of living. The shalom of the gospel is bringing peace and joy in the Holy Spirit.


The work isn’t finished. There are 7 million people in this section of mountainous rainforest, now a staggering 270,000 followers of Christ. Their new objective is planting 10,000 more churches.

Let’s “zoom out” a bit. GCPN is a relational network of gifted and motivated leaders who have key roles at a national level or are organizational / network leaders. The shared commitment is to initiating, broadening or accelerating disciple-making and church planting. This is taking place in the context of 15 primary geographic regions and additional sub-regions.

Regional teams pursue goals in prayer mobilization, team development, training, strategic information gathering and mobilization of church planters. The regional teams are also involved in a broad range of issues from supporting persecuted nationals, partnership development, national church planting processes and networking those committed to the vision of a church within walking distance of every person in the world.  We are also involved in resourcing global communication, coaching & mentoring with very limited finances and a small facilitation team for coordination.

Participants are invited, not simply to a working conference focusing on their region, but to a long term active commitment to a team with shared goals and accountability. Progress on team objectives is updated twice a year for prayer and encouragement.

In addition, teams, ministry objectives, spiritual opposition, practical challenges and personal needs are shared and lifted to the Lord in quarterly days of prayer and fasting for a greater harvest.

Some regional teams have been collaborating on shared objectives for several years and it has been a joy to see the diversity and boldness expressed in the initiatives taken.

In South East Asia an international team led by Judah Cantoria gathers national teams from 10 nations annually for peer-learning among national church planting leaders. Nation-to-nation resourcing is ongoing towards a broad regional ‘TORCH’ goal of 520,000 churches in the region by 2020. The next gathering of national process teams is planned for January 2018.

A similar expanding process is underway in Europe led by team leader Oivind Augland, currently involving leaders from 12 nations in a highly relational process. When national teams gather in Berlin in February 2018, Oivind is anticipating 20-25 nations will be engaged.

In South Asia team leader Ronald Gier is overseeing a challenging process which involves viewing India as five countries, placing DMM master trainers in each to ensure a proportionate saturation level of trainers and planters in every state. A similar vision for Bangladesh is, at this point, in an earlier stage with three regions engaged in the formation of coordinating teams and training planned for the remaining two regions very soon.

Smaller teams in the Middle East and Turkic world train, encourage and work to build trust in difficult and sometimes dangerous circumstances. There are very encouraging church planting activities in Algeria & Morocco and new underground movement in Afghanistan & Pakistan.

A facilitation team of members from every continent normally meets every six weeks by internet to pray, hear reports, address challenges and plan forward. The facilitation team is coached by seasoned leaders through http://www.visionsynergy.net

GCPN is also in the process of strengthening bonds and practical strategies with the Global Alliance for Church Multiplication (GACX).

First steps in this process between two global networks include collaboration with GCPN in its Batam, Indonesia (2016) global gathering bringing together 175 leaders from 45 nations and 75 organizations for strategic planning, and a limited number of regional initiatives currently underway.

Additional information is available at http://www.gcpn.info

A brief video overview is available at
https://www.gcpn.info/purpose/GCPN%20Overview.mp4

Can you tell us more about this? I’d love to find out some additional information.

Murray Moerman has served as church planter, pastor, mission strategist and partnership developer. He is a founding member of GCPN and currently lives in Canada with his wife Carol, their 5 married children and 6 grandchildren. He is a staff member of Outreach Canada which is part of the OC Global Alliance.

.(JavaScript must be enabled to view this email address)
http://www.gcpn.info