The Most Significant Factor In Our Ministry

If you would have asked me before we left for the field, I'm sure it wouldn't have made my list of ministry keys. But now, 17 years later, I'm convinced that the formation of the Tairell* Partnership Alliance 16 years ago advanced God's work among the Tairell people of East Asia more than any other factor. Our partnership started when a YWAM field worker, my IMB supervisor, and I were discussing the potential benefits of a partnership. Later that day, we scheduled a date for our first partnership meeting for six months in the future. In February 2001, eighteen people gathered for about eight hours in an apartment, and our numbers steadily grew. Recently, the meeting two-day meeting had over 80 people from more than 8 different countries and more than 20 different agencies and churches!

In 2004, after only four annual meetings, the first North American Tairell Advocates Consultation (NATAC) was organized by several field workers from different agencies who were on home assignment in the United States. The first was in Minnesota, and five more of these advocate consultations were held in Minnesota, Oklahoma City, Los Angeles, and San Francisco. These consultations generated interest in the Tairell and helped us mobilize, train, and connect many churches and individuals interested in short and long-term work among the Tairell. These North American consultations led to a steady increase of field workers and an increased need for the type of relationship-building and sharing of resources the partnership was so effective at generating.

Before the first partnership meeting, there was considerable skepticism that a partnership might not be possible because several field workers felt that the two most influential Bible translators, who had been on the field much longer than anyone else, were strongly against any kind of consultation. This was due to security concerns.

Fortunately, we had a mentor from Interdev, an organization that specialized in helping start partnerships around the world, and he encouraged the three organizers of the consultation to set up a face-to-face meeting with this couple to listen to their concerns. When we got together, we were shocked by how supportive they were of the idea of starting a partnership. In fact, over the years, they have mobilized many to get involved and were one of the most devoted supporters of the partnership! But without that first face-to-face meeting to clear up misunderstandings, it may have never gotten off the ground.

The importance of flexibility came to the forefront at our third annual partnership meeting. There was discussion about the meeting becoming too big of a security risk. After listening carefully to these concerns, a decision was made by the participants to limit the in-country meetings to one day. Also, in four of the next five years, longer meetings were held in a neighboring country. These meetings were attended by 30-45 personnel and, because the meetings lasted about four days, they turned out to be pivotal in bonding many of the workers and their families.

Another challenge was leadership. For the first six or seven years, this partnership was led by a team of three people from three different organizations. Then, for two or three years, I became the primary leader and planner by default. At the end of this time I could sense that we were starting to plateau and lose momentum. Just at that moment, a couple who were fairly new to the field volunteered to take over the leadership. They were very gifted, and the next year they brought in a team to help with all the childcare, including an evening when workers could take a "date night."  These changes instantly increased the number of wives that attended, enabled us to extend the conference length by a day, and breathed new life and excitement into our partnership. It also served as an indelible reminder for all of us of the importance of continually bringing in and empowering new leaders in the partnership.

Space doesn't permit the listing of all the results of the Tairell Partnership Alliance! One of our initial goes was to help field workers to not just be co-workers, but rather friends and family. Despite the countless other magnificent results that emerged from the partnership over the years, seeing this actually come to fruition has probably been the most rewarding result. Because of these close relationships over the years, there was an immense amount of sharing of resources, trainings, and synergistic cooperation on many projects. 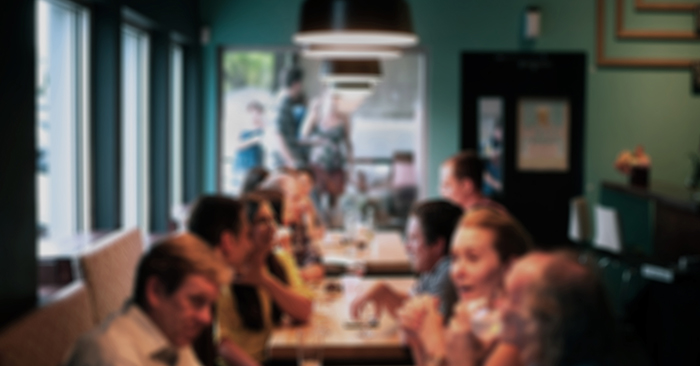 Early on, development by numerous partnership field workers of a "dialect map" and two 30-day prayer guides enabled everyone to see and communicate to our constituents the great spiritual needs and distinct church planting efforts needed among the Tairell. Then, as field workers prayed over these dialects, the Partnership emphasized the benefits of sending out teams made up of both church planters and translators. As agency leaders began meeting each year to discuss where the greatest church planting and translation needs were, we were amazed that over the course of the next decade, joint church planting/translation teams were sent out to more than eight unengaged unreached dialect areas!

Next, as the first storying audio resources and the first contextualized evangelistic videos were made in one dialect, information and expertise was shared so they could quickly be reproduced in many of the other dialects. Soon there were so many resources being developed and shared that a secure wiki site was created to enable people to securely access them. In parallel, a secure email group kept people advised of recent developments and special prayer needs.

Through prayer and networking, the partnership soon welcomed our first missionaries from Thailand and Brazil, and their prayer supporters as well. It was a huge blessing. When the Brazilian economy declined, leaving the Brazilian workers nearly completely without funds for ministry projects, the Partnership quickly responded by raising the full cost of translating our existing mobilization video into Portuguese.
Another impressive example of cooperation happened just a few years ago when we had a sudden influx of Korean workers into our partnership. The closing of a school for expatriates was going to cause most of them to relocate. Leaders in the partnership quickly gathered to pray and discuss alternatives. To the utter surprise of the Korean field workers, they decided to petition their agencies for funds and successfully bought and took over the school that was closing. This enabled the Korean workers to stay.

The last result–which is difficult to quantify but clearly significant–was the sense of the Lord's pleasure and blessing we've experienced as we worked hard to love and maintain unity among the workers, agencies, and churches from around the world. What a joy! This unity and sense of the Lord's pleasure was also a huge boon to our efforts to mobilize more workers for the Tairell, a large people group with many dialects and a population in the tens of millions. I can't tell you how many times people's eyes lit up when I spoke about our multi-agency, multi-national partnership. Listeners routinely exclaimed, "That is exactly the type of situation that I have always dreamed of. Field workers are unified instead of competing or keeping to themselves!" The words of the Psalmist are true, "How good and pleasing it is for brothers and sisters to dwell together in unity!"

F*ckin’ awesome things here. I am very glad to see your post. Thanks so much and i am looking ahead to contact you. Will you kindly drop me a mail?

That is very fascinating, You’re an excessively professional blogger. I have joined your rss feed and stay up for in the hunt for extra of your magnificent post. Additionally, I have shared your website in my social networks!

Can you tell us more about this? I’d like to find out some additional information.

A graduate of the US Air Force Academy, Wayne Marlon* taught ESL in Asia for a year, received a Masters from Biola University, and then spent nine years mobilizing students through Caleb Project traveling teams and serving as an instructor and coordinator with the Perspectives course. Wayne, along with his wife and two children, have served among the Tairell for the last 17 years.
*name changed for security reasons