Though Eiji was born and raised in Japan and still lives there, Japanese is a foreign language to him. He began attending church when he was a student and now he is a pastor, but still finds it difficult when he reads the Japanese Bible to prepare Sunday sermons or a Bible study. Eiji is Deaf. He has never heard Japanese—or any language. He has learned to read it, but the language he learned primarily is Japanese Sign Language, a language he can see. When he reads the Japanese Bible, his sense is that he only understands it superficially. The Word does not deeply touch his heart...

His hope and prayer is to have the Bible in Sign Language, the first language of the Deaf. He wants to read the Bible by himself without depending on hearing people or Deaf people whose reading abilities surpass his own. And it’s not just Eiji. Deaf Christians around the world are praying for this as well—without a Bible, how can they reach the Deaf people who have never heard or seen God’s Word?

Today, many Bible translation initiatives are happening all over the world, all aimed at giving people the opportunity to understand God’s Word in their own heart language. However, there’s one group of languages that has been left out from this movement; sign languages.

But change is coming. And Deaf people are leading the way. In November 2011, Deaf Christian leaders from 12 countries gathered in Korea and established the Asia Pacific Sign Language Development Association, APSDA, to promote Sign Language Bible Translation (SLBT) and the development of sign languages and the Deaf community in Asia Pacific with a vision “to help Deaf people understand they are valued and loved by God and to affirm their dignity.” 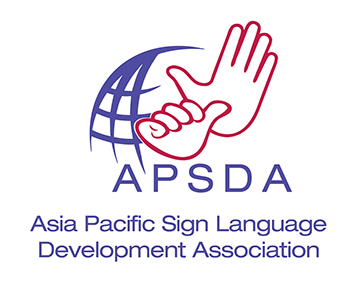 The first seeds for APSDA started being sown back in the 1990’s. Noting the work of the American Sign Language (ASL) Bible project in the US, Eiji was among those with a vision to see something similar in Japan. After several meetings with leaders representing Deaf churches and ministries, Japan Deaf Evangel Mission (J-DEM/ViBi) was established in 1993. Along with the movement in Japan, the Auslan (Australian Sign Language) Bible Project was set up in Australia in 1997. In 1999, Eiji visited Australia to experience how sign language Bible translation works. He continued to share the vision and talked about sign language Bible translation at various opportunities including with the Asia Deaf Christian Fellowship and found that there are many Deaf Christians in Asia Pacific who share the same vision. They started to discuss how they could support each other and to work together to accomplish this vision. In 2009, the Asia Sign Language Translation Association, ASTA, was established with only Asian countries involved. In November 2011, when Australia and New Zealand joined the movement, the Asia Pacific Sign Language Development Association, APSDA was officially established and Eiji was elected as the first President.

Only later in life, I learned that sign language is a true language with its distinct linguistic system. It has the same kind of expressive power as a spoken language.

APSDA is governed by board members who represent member associations and all the board members are Deaf. They hold monthly online board meetings to discuss important issues in Sign Language using a video conference system. Although each country’s sign language is different, as is true of spoken languages, board members can still communicate without interpreters using international signs, a kind of pidgin sign language, which is not as conventionalized or complex as natural sign languages.

During the meetings, we often face technical difficulties, as Internet access in some countries is slow. However, we are thankful that God has prepared the circumstances so that we can hold online meetings when board members live in seven different countries. If APSDA had been established 10 years ago, there would have been no way to run APSDA, an international organization, in this way. “For everything there is an appointed time, even a time for every affair under the heaven.” (Ecclesiastes 3:1) We are confident that God is telling us, “Now is the time.” 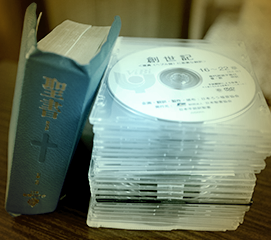 Although APSDA has only been in existence for a few years, we are already making a difference. New SLBT groups have been established and new projects were started.

In November 2011, one Deaf pastor from Indonesia attended the establishment meeting of APSDA. At that time, there was no SLBT project in Indonesia Sign Language (ISL). ISL was generally considered to be inferior to spoken languages. Oral communication systems, such as lip reading and speech practice, were often used by Deaf people in Indonesia. After talking with other Deaf Christians at the meeting, he was inspired and felt a strong need to translate the Bible into ISL. Upon returning to Indonesia, he started to reach out to Deaf Christians and established the Indonesian Sign Language Bible Society (ISLBS) in March 2012. It received a Notary Certificate in December 2012 as ISLBS Foundation.

When the APSDA board meeting was held in the Philippines in January 2013, a Filipino pastor volunteered to support the meeting. He was motivated and inspired by this opportunity, and he decided to hold a meeting with other Deaf pastors from different churches to discuss the subject of SLBT in the Philippines. This group has now grown into the Philippines Deaf Sign Language Association, PDSLA. Currently, PDSLA is preparing to be incorporated in 2014 and will focus on translation, linguistics and research, community and language development, deaf culture and training.

SLBT projects have started in other Asia Pacific countries as well. APSDA sends board members and other members to those countries to support them, holding meetings with different churches and gathering them together to start new groups for SLBT. APSDA respects the ownership of Deaf ministry in SLBT work in each country but is willing to share vision and experience with them.

As already explained, Sign Language is not universal. Like spoken languages, signed languages are different from country to country, and even within the same country there are mutually unintelligible signed languages. However there are some groups of sign languages, which have been developed under the influence of geographic features and/or historical background. In general, APSDA works with at least three different language groups: East Asia, Southeast Asia and the Pacific. Within those groups individual sign languages share similarities but are not mutually understandable on a deep level. APSDA holds translation workshops so that SLBT groups in the region or in the same sign language group can learn from each other and share experiences.

Translation workshops for the Korea, Taiwan and Japan group were held in November 2011 and August 2013, in Korea and Taiwan respectively. In April 2013, Taiwan Sign Language Bible Development Association was formed in Taiwan and Korea Christian Sign Language Research Institute was established in October 2013. Although APSDA only played a small part compared to the many in Taiwan and Korea who have worked tirelessly for this goal, we are delighted to hear such good news and see the developments in these countries.

APSDA plans to hold translation workshops in the South East Asia region and the Pacific region. We believe by sharing experiences and expertise as well as failures, we can improve both the quality and the speed of translation work.

APSDA has already created a program design for training of Deaf translation consultants. Our immediate challenge is to complete the training program as a critical step toward increased ownership by Deaf people.

Although APSDA has contributed to the various translation projects in Asia and the Pacific, a great deal more work remains to be done. In many cases, Sign Language Bible Translation is not enough. Some countries do not recognize their Deaf community’s sign language as a true language, and others don’t even have schools for the Deaf. In such cases, we will need to work on Sign Language linguistics research, or on education for Deaf people. In countries where the rights of Deaf people are violated, we will need to advocate for their rights and support the empowerment of the Deaf community.

At one of the translation workshops, we were delighted to hear from people of hearing organizations that SLBT contributed to deepening their understanding of the Bible. SLBT forces the Bible out of two dimensions and into the three dimensional realm of visual languages, which results in a fundamental change in perspectives. You need to think about what the “temple” looked like or in what way the people “cried” before you are able to translate them into sign languages. There are many things that we can learn from hearing people or written Bibles. However, our work can also contribute to other Bible translation work as well.

We believe that in the Kingdom of God everyone has a role and is a part of Christ. Some member associations have many years of experience and some have barely gotten started, but we can pray for and learn from each other, so that Deaf and hearing people can work together in unity in the body of Christ in the same vision to build God’s kingdom.

Dear Brethers in christ, I am a daef lady, and I am a sign language of the deaf children in Ghana. Is my Address: Schoo for the deaf
P O Box Kf 185
Koforidua, E/R
G H A N A
West Africa

APSDA, is an International Deaf-led, faith-based organization to promote sign language Bible translation and development of sign language and Deaf Community in Asia Pacific.
Since its beginning in 2011, APSDA is committed to serving and empowering Deaf people throughout Asia Pacific. APSDA is comprised of 15 member organizations and was incorporated as a General Incorporated Association in September 2012 in Japan.

http://www.apsda-deaf.org
.(JavaScript must be enabled to view this email address)