Working Until All the Deaf Have Seen

Deaf Bible: Working Until All the Deaf Have Seen from Deaf Bible on Vimeo.

As a C.O.D.A. (Child of Deaf Adults), I grew up stuck between two worlds. There was the visual, 3D, Deaf world that my parents lived in, and then there was the loud, labeled, text-based, audible world that others lived in. I was not deaf, but being the first born in my home, I grew up in the world of my parents and my heart language was Sign.

Being hearing, I was, of course, expected to live and function in that world as well. I often found myself in awkward situations, having to interpret for my parents. With the pressures of translating conversations, phone calls, and many other things, I eventually became angry with the Deaf world, and simply wanted one world to live in. 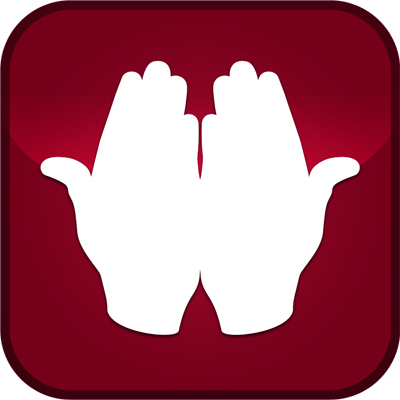 It wasn’t until I was a little older that I realized why God had put me in such a situation. I came to understand that the Deaf are one of the largest unreached and unengaged people groups in the world! However, they have long been pushed aside and ignored by the hearing world. The problem wasn’t merely that there was very little being done among the Deaf—it was that the efforts being made weren’t working. The hearing church had unknowingly tried to force the Deaf into an unfamiliar culture that they couldn’t truly be a part of.

The primary problem, at least as I saw it, was the false assumption that the same evangelism and discipleship tools that worked for a hearing audience would also work for the Deaf.

Let me take a moment here to deal with a common misconception. American Sign Language (for example) is not simply English put into hand motions. It is an entirely different language; as different from English as any other foreign tongue. Therefore, it is not a word-for-word rendering of English, but a unique system of gestures and expressions, with their own language rules, that communicate ideas or concepts (often apart from individual words). So, when we expect Deaf people to read words written in English, it is literally a second language to them. In fact, many Deaf have never learned to process information using individual words, since they think, pray, dream, and communicate in concepts rather than words. Even the Deaf who can read often refer to written text as a “flat” language—as opposed to the highly visual, creative, three-dimensional language in which they communicate.

Try as they may, most churches (even those with sign language interpreters) are filled with hearers, and everything that takes place in church services is programmed for hearers. The music, the preaching, and even the fellowship are based on a culture that moves and reacts to sound. This makes it nearly impossible for a deaf person to understand or respond—let alone interact with others. As with any other unreached people group, the best way to overcome these cultural barriers is through a truly indigenous movement using truly indigenous tools.

Because of this, ministries that have focused their work among Deaf people have developed brand new visual tools using sign language. An excellent example is the American Sign Language New Testament translation produced by Deaf Missions, which has been widely distributed to the Deaf through VHS and DVD. 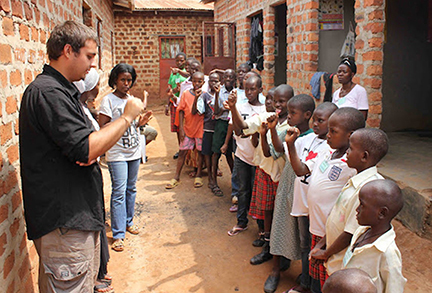 As a missionary among the Deaf in Ethiopia, I used to carry a video recording of this translation to rural villages and show them to Deaf audiences. Later, I was overjoyed to receive a DVD (produced by DOOR International) with recordings of 32 portions of Scripture translated into Ethiopian Sign Language. These portions were chosen and arranged in such a way that salvation was explained to a Deaf culture. My Deaf friends were blown away by these videos and would sit glued to them for hours—just as other indigenous groups do when experiencing the Word of God in their heart language for the first time.

These translations made it possible to overcome the language barrier.

However, I was also aware of an even greater barrier—the social stigma often attached to the Deaf. Tragically, in many parts of the world, deaf people are considered to be stupid, slow-learning, or even demon-possessed. As a result, they are often hidden by their parents, denied access to school, and completely cut-off from society. Others are abandoned and become homeless, with all the issues inherent to that life—begging, drug addiction, prostitution, and so forth—simply because they are born Deaf!

In such places, the Deaf are literally hidden from sight. So then how can you make Sign Language Bible translations available to people you can’t even locate?

These were some of the issues that I was wrestling with as I found myself (by divine coincidence) at an event hosted by an Audio Bible ministry called Faith Comes By Hearing. In the midst of all the conversations and presentations about audio recordings of Scripture, a presenter shared the vision for reaching deaf people all over the world through a smartphone app that would allow access to the various Sign Language Bible translations available. My mind began to race as I thought about the possibilities and potential reach. 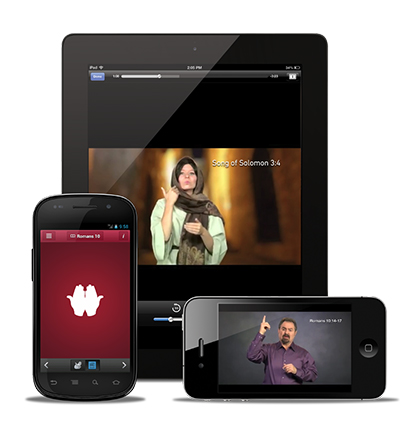 I knew that in our increasingly connected world, many Deaf people (even in very remote areas) have smartphones, video-phones, and/or access to computers. For the first time, I saw that modern technology was making a way for the Deaf to “see” no matter where they were.

Sensing a “God” connection, I went on staff at Faith Comes By Hearing to help establish the ministry of Deaf Bible. Since then, God has done even more than I could have imagined. In November 2012, the Deaf Bible app was launched; it has already been downloaded over 100,000 times all over the world and user feedback has been overwhelmingly favorable.

Deaf Bible wants to come alongside translation partners who are working to translate Scripture into the various sign languages of the world and give these partners a viable means of Scripture distribution. Whatever the mechanism—Deaf Bible mobile app, Internet, video-phones, solar-powered tablets, SD cards, or DVDs—the goal is to make the Bible available to the Deaf, in their heart sign language, through any means they can gain access to it. This is the vision of Deaf Bible: to work “until all the Deaf have seen.”

I recently attended a Deaf potluck. In the building’s entrance was a table with a paper labeled, “Write your name, address, and information.” A deaf man named Ian approached me to ask what the paper said. After I explained it to him in sign, we began a conversation and I noticed that he had a mobile phone. I encouraged him to download the Deaf Bible App and begin to watch the Bible. A few months later, I saw Ian again. He eagerly approached me as soon as he saw me and began to sign excitedly. To my amazement, he was telling me a portion of the book of Romans that he had memorized!

For the first time in his life, God’s Word came alive to Ian as he accessed it in his heart language. And he was able to access it through a device that he was already carrying around in his pocket! 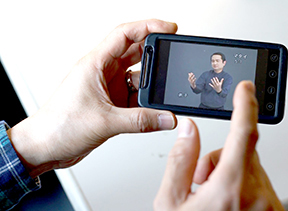 You could say that the very Word of God became Deaf so that the Deaf would understand and that their hearts would be won over.

It has been such a joy and privilege to come alongside Deaf Missions, SIL, DOOR International, and other translation partners, to see this become a reality. We have a shared vision to get portions of Scripture translated and distributed for 75% of the world’s Deaf by 2025. 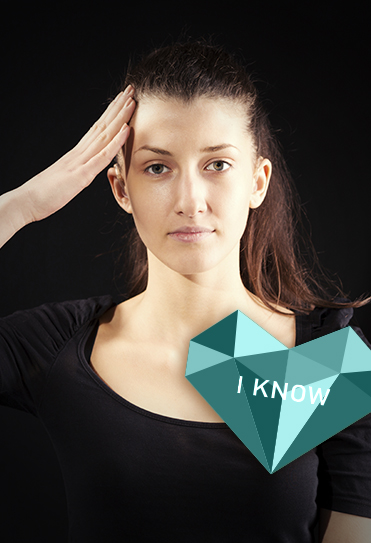 Each sign language translation that we can make available, via multiple technologies, has the potential to touch millions of Deaf people just like my friend Ian—people who have been overlooked by the church for far too long. We foresee a day when groups of the Deaf will gather around screens (large or small) to corporately “see” the Word of God in their heart language. These groups would discuss what they’re learning and create brand new Deaf churches using truly indigenous forms of preaching, worship, and fellowship; ultimately reaching out to others in the Deaf community and even becoming missionaries to other Deaf cultures. In short, we envision multiplying movements all over the world of Deaf people making disciples of other Deaf people and Deaf churches planting more Deaf churches so an ever-growing number of Deaf people are coming to know, love, and serve our Savior.

J.R. Bucklew is a C.O.D.A. (Child of Deaf Adults). Growing up in the Deaf world and being involved in Deaf ministry is when he felt the call to move to Africa. J.R. helped in establishing a Deaf church and worked to help several organizations develop a focus and program for the Deaf in Ethiopia. He currently is the Director of Deaf Bible (creators of the Deaf Bible App) a ministry founded by Faith Comes By Hearing. Please visit http://www.DeafBible.com for more information about how you can be involved.  You may contact the author at .(JavaScript must be enabled to view this email address) or by phone at 505.338.6885