Blessed to Bless Others

The sign language Bible translation movement in Latin America is taking root in a growing number of countries. And it is getting a big boost throughout the region thanks to the training efforts of the Colombian Sign Language Bible Translation Project William Mora, a Deaf pastor in Colombia, who serves with the the Project, articulated the team’s vision. “The goal of our translation work is to help the many Colombian Deaf people who don’t understand the Bible in Spanish and others that can read it some in Spanish but they can only read words and don’t capture the meaning of the phrases,” he signed. “As a result they often give up, put the Bible aside and don’t attempt to read the Bible anymore. It is so important to be able to have the Bible in Colombian Sign Language because the Deaf are able to see the translation videos and they understand them well. Because they understand the message, they are able to receive Jesus as their Savior and to understand what Jesus did for us on the cross.”

Colombia: a Hub for Translation Efforts in the Region

Like a wheel with many spokes, this same vision is shared by translators across the Americas, and the Colombian Sign Language Translation Project in Bogotá, Colombia is becoming a hub for translation training in the region. In 2002 SIL International chose the Colombia Project to be a pilot project that would help other sign language translation teams in the Americas. The Project has just celebrated 15 years of Bible translation work, and with the resources they have received, the team has produced more Scriptures than any other Deaf community in Latin America. Publications released on DVD include: 12 New Testament books, a signed dictionary of biblical terms, the book of Ruth, more than half of Genesis, and a collection of Bible stories for Deaf children. They are also just completing Romans and are only the second team in the world to translate that book into a sign language.

In September of 2009, the Colombia Project and SIL International co-sponsored an Americas-wide conference on sign language translation in Bogotá. This gathering proved to be a tipping point for the development of sign language Bible translation work in the region, as participants representing 14 sign languages prayed together and networked about translation efforts. New teams eagerly soaked in information from Deaf translators who presented samples of published Scriptures and taught about translation principles and processes. One participant from El Salvador made an emotional plea for training, as participants shared dreams of cooperative efforts in the region. The call was for Deaf to train Deaf, using sign language. At the close of the conference, Bob Van Zyl, Americas Regional Director for SIL International’s Global Sign Languages Team, reported: “Some of the members of the Colombian
team are consulting with other teams. So the networking is beginning.”

Currently, The Project staff commit up to half of their time to training newer sign language translation teams throughout the Americas. In 2012 and 2013 various members of The Project made capacity building visits to seven countries in Latin America. Arislehidy Prieto, translator and training coordinator, worked with churches seeking to restart translation work in Costa Rica. John Jaider, Project administrator, helped teams with project planning in Chile, Mexico, Brazil and Honduras. Julian Salinas, video editor, helped with final filming of some Scripture passages in Cuba and El Salvador. Other teams are using illustrations created by graphic artist Ruben Guerrero. Translator Ginna Muñoz has provided feedback to the team in Cuba by video chat, providing suggestions for improving their drafts. 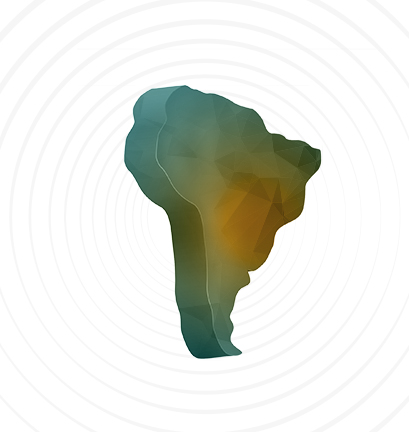 The Project has also provided more in-depth training courses. In 2012, SIL International sponsored a two-week Southern Cone training course in Chile that taught foundational translation principles to teams from Argentina, Chile, Paraguay and Uruguay. Three experienced Deaf translators served as teaching staff, and Prieto served as coordinator for the course. The teams got to put into practice the principles they were learning by translating and filming the story of Jesus’ encounter with Zaccheus in Luke 19:1-10.

Learning to disengage from the word order of Spanish was a key learning experience for some participants. “We freed them to disconnect from Spanish by using pictures instead,” one of the Deaf trainers remarked. They learned to use drawings to “storyboard” drafts, and for use as memory aids in filming. The workshop leaders also helped participants to understand the ways in which translating from a spoken (print) language to a sign language is different from translating between two spoken languages. “It was helpful to get the explanation of the Hearing way of translation vs. the Deaf way of translation,” said a participant from Chile. “For example, that you can switch verse or sign order to make it clear.”

In July 2013 the Colombia team held a follow-up training in Bogotá for some members of the Paraguay Sign Language translation team. For five weeks they received intensive hands-on training in translation, drafting, editing, filming, and computer illustration. This time they translated portions of the life of Abraham from Genesis 12-14. Colombia Project staff quickly learned relevant signs and expressions in Paraguay Sign Language in order to communicate more clearly with the Paraguay team. The Paraguay team also had brought 15 previously drafted New Testament stories to be checked in order to see that they communicated the original meanings clearly and accurately. Prieto—a Deaf consultant-in-training—participated with Van Zyl—an experienced translation consultant who has worked with indigenous languages and now consults with sign language translation teams—in checking these passages. One Paraguay Sign Language team member commented, “It was enriching to see that the Deaf can train other Deaf to help advance a translation project.”

Partnering with Deaf Churches and Ministries

Partnership with Deaf churches and ministries is crucial to getting the sign language Scriptures distributed to churches and individuals. A cooperative effort between the Colombia Project and a Deaf ministry that serves in two regions of Colombia is working to translate into Colombian Sign Language (LSC) a set of signed Scripture stories that are used by the organization supporting that ministry for evangelism and discipleship with Deaf people around the world. This set of Scripture stories consists of Bible passages that explain who Jesus is, how the church functions, and our responsibilities as Christians.

In February 2013 Prieto, Guerrero, and translator Carlos Nuñez of the Colombia Project traveled to Barranquilla, on the north coast of Colombia, to lead a translation principles workshop for 30 Deaf Christians who would be helping to produce the videos of these stories in LSC. “We offered them workshop experiences in which they studied some of the easier, shorter stories, thinking about how they could communicate the concepts in the stories in their sign language,” Prieto commented. “When the candidates to be signers for the video felt like they had practiced and memorized how they would communicate in LSC one of the stories fairly well, we filmed them signing the story.”

The team in Bogotá had already translated some of the Scripture books from which these passages are taken, and finished translating the remaining stories in the set. Three Deaf signers from the coast came to Bogotá to do the filming, and the LSC DVDs will be released in early 2014. Now the passages are available in video for other Deaf translation teams in the Americas as a resource for ideas on how to express them in their own sign languages.

“While we were on the coast, many of the Deaf in Barranquilla learned to sign the Bible stories very well and were very interested in participating in this process,” the team reported. “They are now very eager to teach the Deaf people who live far way in the little towns and villages of their state. In their teaching they plan to use the translated stories for ministry with the Deaf who come to their churches, so that many Deaf will know who Jesus is, how to develop Christ’s church, and how to participate in serving Christ.”

In Deaf culture face-to-face interaction is essential to relationship building and mentoring, much like Jesus invested in one-on-one training of the disciples. It’s an “each one, teach one” approach that serves well in Deaf training initiatives. And in the sign language translation context, when Deaf train Deaf, it not only has practical value because of shared culture and language, but it also serves as a key for vision sharing and encouragement.

Van Zyl served as a mentor to the team of three Deaf trainers who taught that first workshop in Chile. “Each
of the teams increased their knowledge and understanding of translation principles and their skills in carrying out the translation process,” he said. “They all left with greater enthusiasm and vision to continue in their translation process and a greater sense of being connected and supported by other teams and translators who have
the same vision of giving God’s Word to the Deaf in
their countries.”

It is this vision that makes it possible for people like Laura Larrea, a graphic artist in Colombia, to have access to the Bible in her heart signed language. “For many years I have been communicating in Colombian Sign Language but I didn’t know anything about the Bible or about Jesus,” she signs. She tried going to church, but there was no interpreter, so most of the time she fell asleep during the sermon. “About three years ago, I saw my friend Arislehidy signing in a Bible translation video in Colombian Sign Language. I was astounded and couldn’t stop watching the screen. So I bought the DVD, took it home and watched it. Wow! It was [part of] the Bible in Colombian Sign Language. It was the same message as in the Bible in Spanish but this video was in LSC. When I read the Bible in Spanish, there are many things I still don’t understand. However, when I see the Bible in video in LSC, the Holy Spirit teaches me so much more and I can keep God’s Word in my heart and learn it. With the Bible translation videos in LSC, I can be a stronger, more consistent Christian. Thank God for the signed language translation videos that the members of the Project are making. I now have the Bible in my signed language. I can use it to teach God’s Word to Deaf children, young people and adults. Thank you, God!”

EXCELLENT article, Gwen!  Thanks for doing such a superb job of journalistic writing and concise explaining about that which the Lord is doing with the various partnerships in Colombia endeavoring to reach the DEAF peoples with the gospel of Jesus Christ in their own “heart languages”.

Gwendolyn Davies is a hearing linguist who serves with SIL International, and is completing an internship with the Colombian Sign Language Bible Translation Project.
You may contact Gwendolyn Davies by email at .(JavaScript must be enabled to view this email address).