Contextualizing the Gospel in a Visual World

The dust settled and most of the crowd now dispersed. The weathered man leaned in asking the pastor with sadness in his voice, “Does your God love widows?”

“Does your God love orphans?” he asked.

“Yes, he loves orphans as well.”

The man shifted his weight to his cane, keeping his eyes fixed on the pastor.

“Among our many gods, we do not have one like this; I must know this God of yours.”

This man in India had just watched the “Widow and the Oil,” a ten-minute dramatic recreation of Elisha and the widow from the book of 2 Kings. Although this visual story, produced and used by Crown Financial Ministries, was intended to teach Christians about God’s provision, it opened this man’s heart to the God of the Bible. In an effort to more effectively teach biblical stewardship to oral-speaking peoples in developing countries, Crown created a six-part series of biblical short films called “God Provides.” Crown stepped boldly into the new wave of communication—the wave of visual story.

An Historic Opportunity for the Church

We live in a transitional time in the history of the Church when a great opportunity exists to preach, print, and portray. For 1,500 years, preaching was the primary means by which the Church communicated its message. For the last five hundred years, print media has accelerated the spread of the gospel. We are now able to visually portray Christ and his kingdom. This is the third wave of communicating with the world around us.

As the world grows more media-saturated and sophisticated, young people and adults are becoming more visually oriented. The heart language of a growing number of people worldwide is visual story. Every day, four out of five people on this planet are molded by visual story. The orality movement is addressing the need to contextualize the gospel among those who are illiterate or functionally illiterate. A new movement to contextualize the gospel among the world’s population that is “visually literate” (able to interpret meaning from an image) is expanding.

One of the greatest gaps in the global outreach of the Church is the lack of culturally-relevant visual media. Through film, television, computers, and mobile devices, stories are being told on large and small screens. This deluge of stories is captivating the hearts of men, women, youth, and children, and raises the question, who will shape the stories that shape the hearts of people around the world? The destiny of a generation depends on the answer.

It is critical that God’s people connect and communicate with the lost through kingdom visual stories. A kingdom visual story combines narrative and visual media to communicate the message of Jesus and his kingdom. They may be as direct as the JESUS film, or stories that stimulate thought and reflection. The truth of creation, fall, and redemption revealed in scripture and expressed in everyday life is the missing message in the stories shaping the lives of billions of people. 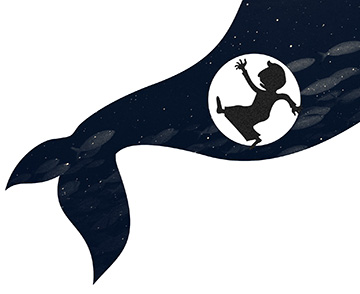 The Church is beginning to awaken to the possibilities of communicating in visual story. The JESUS film has been viewed by billions of people. Churches in America and Africa are developing films that speak to real-life issues from a biblical perspective. Christian television networks are beginning to broadcast content beyond preaching alone. Much more, however, remains to be done. The Global Church must address urgently the following concerns.

It will be impossible to fulfill the Great Commission if we do not learn to speak the language of visual story. When my wife and I arrived in France as young missionaries, we understood the success of our ministry would depend greatly upon our ability to learn French. In many countries, church services are televised, but this is essentially a model of “preaching to the choir.”

We must learn the art of story and new forms of visual communication that speak to the teenager surfing the web, as well as the Bedouin tribesman whose most prized possession is his cell phone.

If God’s people invest time, energy, and resources into contextualizing the gospel in a visual world, the Church’s ability to communicate visually should be equal to or better than that of the local culture. Messages of the kingdom will not be limited to a subculture, but permeate and leaven the host culture. Believers will be prepared to give a visual answer to everyone who asks about the reason for their hope. Within a generation, it will be possible for every person on earth to have the opportunity to encounter the truth of Jesus and his kingdom every day.

This article has got me really excited. I have been waiting for God to open the door for me to do short term missions. This year God opened the door. I was not sure how God would use my particular giftings for missions, now through reading this article I can see the possibilities for God to use my creativity both musically, verbally and visually. I’m so excited!

Lisa, I am encouraged by your response! There are many communities that would embrace someone with your heart and skill set.
You can start with http://www.visualstory.org  We .list several other communities that we trust on this page…http://visualstorynetwork.wikispaces.com/Misc+Resources.

I ‘m really thankfull for this article. I am really ipressed deeeply. I was searching this before. It helped me a great to share the love of Christ. May God bless you

Clyde Taber leads the Visual Story Network, a coalition launched to expand a global movement of visual story for the kingdom of God. From 2000-2006 he led the development of innovative media initiatives for the JESUS Film Project, including “Magdalena: Released from Shame,” the Damah Film Festival, and “JESUS: Fact or Fiction?” Prior to this, he directed the campus ministry in Paris and coordinated the campus work of Campus Crusade for Christ throughout North Africa, the Middle East, and Central Asia. Clyde’s wife, Shirin, is a writer (Muslims Next Door, Wanting All the Right Things), speaker, and mother.