The Image of God

Gendercide is based on the ideology that female life is less valuable than male life—that women are somehow less human than men. However, this way of thinking should be foreign to the Christian paradigm due to the concept of the image of God. Problematically, Christian thinking has been more influenced by the cultural dogmas of the day than the divinely revealed truths about the value of both women and men. Such influence can be traced via the question: What does it mean to be human?

Those who answered this question privileged with whatever attribute or embodiment they personally possessed—and since these thinkers were male—being male became the criterion for humanness, and consequently, value. Aristotle played an especially significant role in propagating a male-centric value system by ascribing male natures with superior powers, particularly of reason, over female natures. For him, a woman was a “mutilated male” requiring her subservience to men.[1] This dominant paradigm, that women have different natures, and thus, lower value, influenced Christian theologians such as Tertullian, Ambrosiaster, Chrysostom, Augustine, and Aquinas—thereby passing on an ideological inheritance which devalues women systemically and individually.[2]

Fortunately, this distortion of value is baseless. To discern the answer to what it means to be human, we will begin in the Genesis account (1:26-28). Here one finds God communicating intent: “Let us make humankind in our image, after our likeness; and let them have dominion." And then he acted on this intent: “God created humankind in his image, in the image of God he created them; male and female he created them.” Finally, God blesses the creation of this act by saying, “Be fruitful and multiply, and fill the earth and subdue it; and have dominion over…every living thing that moves upon the earth.” Significantly, appeal to this same concept appears in Genesis 5:1-2, even after sin has entered the scene, and the explicit inclusion of female as well as male persons is also reiterated.[3] Later, in the final use of this explicit concept in the Old Testament, the image and likeness of God provides the justification for prohibiting murder (9:6).[4] 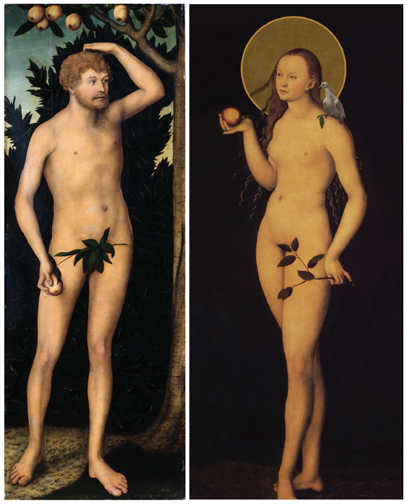 What do these texts tell us? First, humanity must be understood in relation to God: “in the image of God.” We will return to the preposition “in” below, but the statement that humanity is expressly related to God communicates creatureliness and dependence of identity on an external source. Second, while humans share creatureliness with the rest of the world, this unique identity of being “in the image of God” seems to be the causal reason for being given dominion over the world.[5] Thus, there is a special kind of representation of God’s presence in the world via humanity.[6] This dominion is given expressly to both male and female without qualifier. Third, such representation is also meant to be expanded as God charges them to “be fruitful and multiply, and fill the earth.” Here, maleness and femaleness is a necessary prerequisite for humanity to reproduce and extend into the world. Yet, the capacity to reproduce is held in common with the rest of the created world and should not be understood as the content of the image of God. Fourth, when read in conjunction with Genesis 5:1-2 and 9:6, the image of God does not seem to be lost even though humanity sinned. Fifth, being in the image of God is not located in any given attribute or embodiment but includes the entire person.

A quick contextual backdrop for how Eden was understood will help underscore the dignity of both male and female—specifically, that it was understood to be a part of the cosmic temple.[7] This was a sacred space where God dwelt with the created world and the created world responded in worship to God. As such, male and female functioned as priests in this context. Such a reading finds support since the same verb for “walking” (הָלַךְ) that God is doing in the Garden is also used for the presence of God walking in the tabernacle (Lev. 26:12, Deut. 23:15, 2 Sam. 7:6-7). Further, the duties given to humanity in Genesis 2:15 were the same duties given to the Levites evidenced by the use of “to work” (עָבְדָ֖) and “to keep/guard” (שָׁמְרָֽ) the sanctuary.[8] Finally, the Israelite cosmology, as reflected in their tabernacle construction, understood the Holy of Holies to be the heavenly throneroom, the Holy Place to include the heavens, and the outer court to include the habitable world—of which, Eden was a part. Israel was intended, as a people, to spread God’s presence in the world as a kingdom of priests (Ex. 19:5-6). Such a national vocation was analogous to the original vocation of all humanity. Thus, while the content of the image of God is not expressly stated in the Old Testament, the consequence of being in the image of God seems to involve the expansion of God’s reign in all the earth—a task equally given to both female and male persons.

In contrasting complement to the Old Testament, the New Testament provides explicit content to the concept of the image and likeness of God. This content is now a person: Jesus Christ. Jesus is the Temple—the presence of God—and the true image. No longer do any prepositions stand before “image of God,” (2 Cor. 4:4; Col. 1:15, equiv. Heb. 1:3), since it is in his image that humanity was patterned.[9] Through the atoning work of Jesus Christ, all humanity is invited into becoming this image, which is the end for which it was already intended (Col. 3:10; Rom. 8:29; 1 Cor. 15:49; 2 Cor. 3:18). This invitation is enacted by the Holy Spirit and enables becoming the image of God as a member of the royal-priesthood and as vessels of the divine presence. Consequently, such an invitation is both individual and corporate, for the Epistles declare that the individual is the temple of God (1 Cor. 6:19), the church is the temple of God (1 Cor. 3:16-17; 2 Cor. 6:16, Eph. 2:21), and a royal priesthood (1 Pet. 2:5, 9; Rev. 5:10). Such a vocation is not only open to women as well as men, but requires women as well as men to partner with the Spirit of Christ in expanding the presence of God in all the earth through “making disciples of all nations” (Matt. 28:19).

[1] Aristotle, On the Generation of Animals; Politics.

[2] For a history of this misinterpretation’s devastation see Kilner, John F. 2015 Dignity and Destiny: Humanity in the Image of God. Grand Rapids, MI: Wm. B. Eerdmans Publishing Company.

[3] Genesis 5:3 uses “image” and “likeness” but in the context of a human-human relation instead of God-human relation, and space does not allow for explication.

[4] James 3:9 functions like Genesis 9:6 in speaking of humanity in general and using a preposition.

[5] Dominion needs to be rightly contextualized as ruling as God would rule, which involves stewarding the world toward creaturely flourishing. See F. Davis, Ellen F. 2009 Scripture, Culture, and Agriculture: An Agrarian Reading of the Bible. Cambridge: Cambridge University Press. Also, for a structural argument regarding the causative relationship between being in the image and having dominion, see Gentry, Peter J. and Stephen J. Wellum, 2012 Kingdom through Covenant: A Biblical-Theological Understanding of the Covenants. Wheaton, IL: Crossway, 189.

[6] Middleton argues convincingly for image as royal representative, though he does conflate the constitution of being in the image with the consequence of being in the image of God. Middleton, Richard J. 2005 Liberating Image: The Imago Dei in Genesis 1. Grand Rapids, MI: Brazos Press; 2014 A New Heaven and a New Earth: Reclaiming Biblical Eschatology. Grand Rapids, MI: Baker Academic.

[7] Alexander, Desmond T. From Paradise to the Promised Land: An Introduction To The Pentateuch; Beale, Gregory K. The Temple and the Church’s Mission: A Biblical Theology of the Dwelling Place of God; Walton, John H. The Lost World of Genesis One. See especially Alexander regarding the priestly association, as well as Gentry and Wellum, cited above.

[8] Some might argue that these functions only applied to the man in the garden, since the woman was not yet created in this account of the creation sequence. However, the fact that the woman was not specifically addressed does not mean that she was not included in this charge. If this priestly language is gender-exclusive, then one must also conclude that the command not to eat from the tree of good and evil was only required of the man since the woman was not given this prohibition directly. Also, given the argument that Eden is a sacred space, the woman should not have been allowed into the domain in which God walked unless she was a priest as well. That she was also a priest may be additionally supported by Genesis 3:21 in which God makes garments of skin for the man and the woman, using the same vocabulary as the priestly donning of clothing (Exod. 28:41; 29:8; 40:14; Lev. 8:13). See Wenham, Gordon J. 2014 “Sanctuary Symbolism in the Garden of Eden Story,” in Cult and Cosmos: Tilting toward a Temple-Centered Theology, Morales, Michael L. ed., Biblical Tools and Studies, volume 18, Leuven: Peeters, 163-164.

[9] The fact that Jesus is identified with the image, and is the original after which all humanity is patterned since the Son pre-existed all creation, is a possible reason that “in” and “according to” are consistently used in talking about humans and the image but then they drop out when speaking of the Son of God as the image.

Christa is a Divinity Ph.D. candidate at the University of St. Andrews. Publications include: “Who’s in Charge? Questioning our Common Assumptions about Spiritual Authority.” Review, “Dignity and Destiny: Humanity in the Image of God.” Review, “Sexual Difference in Christian Theology: Male, Female and Intersex in the Image of God.” (Forthcoming) “Era of Kings: Huldah: Malfunction with the Wardrobe-Keeper’s Wife,” in Vindicating the Vixens: Men and Women Revisiting Gendered Bible Stories.