If you really wanted to do something better, and could study under the world’s leading expert, would you?

First, Jesus modeled how to be a disciple that the Father could use. For example, He modeled prayer. Only then did His disciples ask him, “Teach us to pray.” He broke “religious” people’s expectations, for the sake of reaching people. He modeled going to people’s households rather than inviting them to synagogues. He modeled how to live the “love and obey” (shema) lifestyle[1] of Deuteronomy 6:4-9. 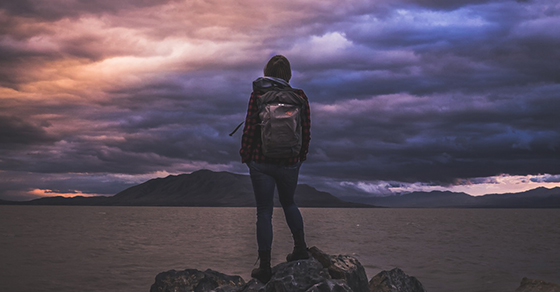 Laura traveled over 10,000 miles to prayer walk among her focus unreached people group (UPG). Susi, a new believer in that UPG, had God’s heart for her whole people. Laura invited Susi to join her. Susi learned much about prayer walking and spiritual warfare that day. Amazed that one so young would come so far to pray, Susi said, “I live here, but I have never walked and prayed for my people. But I will from now on!” Susi has been “Laura” to many others since then and has launched many reproducing disciples and an amazing prayer movement. Laura modeled, and Susi learned and passed it on to many.

Second, Jesus showed how to follow completely the Father’s heart and end-vision for all ethne. He equipped his disciples to focus toward this goal of His simple but deep strategy. Ordinary people from all walks of life could completely reproduce and implement His strategy for changing lives. His process produced obedient disciples who immediately became the harvest force. As He left, he told them to follow His model exactly–to go and make disciples in the kind of way that will start a Disciple-Making Movement among all nations by teaching them “to obey everything I’ve taught you.”

Grace, an Asian woman from a UPG, became a true believer in Jesus while abroad. She returned home to meet Lynn, recently trained in Jesus’ discipling plan. They together received God’s vision to use Grace’s art to open lives and homes. Grace emphasizes that the Holy Spirit tells her what to paint. The Spirit led Grace and Lynn to hold a “Dialogue with Art” exhibit designed to engage her people in spiritual discussions. They cast vision—and believers gathered to prayer walk neighborhoods, sharing invitations to the exhibit. Local believers chatted and/or prayed with exhibit attendees. The spiritually interested were visited and invited to study about God with their family or friends. Today, people in this UPG are studying His word in new Discovery Groups. The vision of going and engaging people in spiritual conversations in creative ways has multiplied the number of workers who are bolder than ever to seek People of Peace.

Third, Jesus modeled being an outside catalyzer (a spark) who starts a disciple-reproducing fire within each town or people group—in simple ways that will not depend on the outsider. These new disciple-makers depend completely on the Holy Spirit and His Word, not on the outside spark.

Donna was invited for further training after being exposed to these discipling paradigm shifts. She knew it was more important that her three local partners catch this vision. Donna prayed and God provided the funding for them to be trained together. Their table was abuzz as these four took everything they were learning and made needed changes in their ministry to follow these new biblical strategies. Little did Donna know that her days were numbered on this team; God had plans for her and her new husband in other places. But the DNA for reproducing disciples continues in that local team and the reproducing disciples they are training, thanks to Donna and her vision for that team.

Do we women see ourselves as “disciple trainers” or vision casters? Our busyness with family and friends and the challenge of living among the unreached might make us think we can only reach a few women and disciple them. But that’s not what He asked us to do.

Trainings often are held primarily for men. Recently, a trainer working in a culture where women are not highly valued invited women to join the training and the next day, many did. At the end, the trainers emphasized “Now, you women must go and make disciples, too! Go and obey what you have been taught! Pass it on to others as well!” Realizing they could and should do this, they did it! They rejoiced that women, not highly valued in their culture, are highly valued in God’s spiritual multiplication plan. They have discipled multiple households into becoming reproducing disciples.

Once we realize the goal for each of us is “making disciples of whole people groups,” we can joyfully pass on this Great Commission DNA. We can teach those we disciple to be obedient and loving disciples who will make the same kind of disciples who also make disciples. We realize, “He wants spiritual generations from these disciples, in the same way that He wants that from me.”

Thus, we invite them joyfully to raise their own spiritual children and grandchildren into generations. God has called us as ordinary women to be Spirit-powered disciplers, harvesters and vision casters. He is an end-vision Father, Jesus is the vision-casting Savior, and the Holy Spirit enables workers to complete His vision. Faithful is the One who called us, both male and female—and He will do it! (1 Thess. 5:24)

[1] Shema Lifestyle—Intentional statements and actions that give a glimpse of the reality of who God is and how He desires to draw us to Him. Around the world, the top way DMMers find those interested in God is by serving them (with healing prayer, kind deeds and community service) while consistently pointing to God in culturally appropriate ways.

Erika, great writing and summary of how women can be actively involved.  Thankful for my opportunity to be part of one of these events. Beverly

Erika Parks serves as Act Beyond Director of Training (http://www.beyond.org). Before their present leadership roles, she and her husband, Kent (President of Act Beyond) served among SE Asian Muslim UPGs from 1988 to 2007.

Contact:  .(JavaScript must be enabled to view this email address)