Two years ago, I joined a community of people who committed together to engaging with international students on our university campus, sharing the gospel with them and inviting them to discover Jesus. I had determined that I wanted to be a cross-cultural missionary, but until that year I had not made a single international friend. This group was challenging me to leave my comfort zone and begin to develop meaningful relationships with people who looked, spoke, and acted differently from me. The following are nine lessons I have learned. 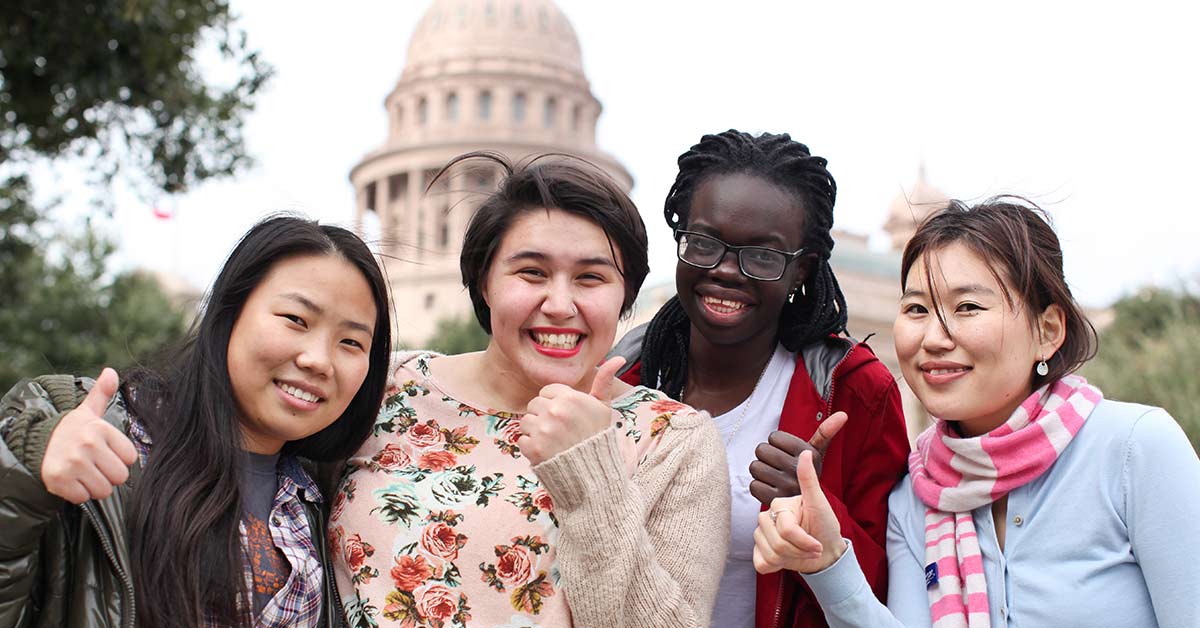 I was nervous about meeting international students, and so I asked my friend Andrew, who was in the group with me, if we could make plans to do it together. We heard about a harvest festival that the Chinese student organization on campus was organizing, and so we decided to go and meet some people there. When we showed up, it was one of the first times in my life that I truly felt like a minority.

2. Establish Yourself as a Spiritual Person

One of the goals of our group is to share our testimony and/or the gospel within the first three encounters.

[I believe it was also helpful that we established our identity as spiritual people from our first encounter, rather than waiting until we had been friends for a long time before trying awkwardly to bring up our faith.]

Because we were some of the only Americans at this party, we quickly attracted a group of Chinese guys around us. Andrew and I had recently received some basic evangelism training, and so we began to tee each other up to share testimonies, answered prayer stories, and simple Bible stories.

As we shared, something interesting happened. About half of the guys in the circle leaned in, fascinated by the stories we told about God’s work in our lives. The other half leaned back, checked their phones, or even found another conversation to join. There were some guys in that circle whom God was already preparing with a desire for spiritual truth, and the more we shared, the more clearly those guys stood out from the rest. They asked questions about our stories, they asked if we could pray for their needs, and they asked about what the Bible said.

Toward the end of the evening, we asked the guys in the circle if any of them would be interested in meeting together weekly to read God’s Word and learn more about what it had to say. Two of them, Tony and Tommy, said they were available, and we set a time to meet later that week in the university library to read together. Inviting them to read the Bible created an environment where it would be natural for us to discuss spiritual things. It also opened the door to friendship beyond that meeting time, because we had a relationship here we would naturally spend time together each week. We ate meals, went to parties, and watched football games together. Tony and Tommy quickly became two of my best friends!

When we met with Tony and Tommy to read together, we followed a simple method for an inductive, participative Bible study called a Discovery Bible Study (DBS). Each week we followed the same pattern:

By following this simple structure, we were able to read through passages from both the Old and New Testaments, giving room for Tony and Tommy to make their own discoveries from the Word. Within a few weeks, they began to take turns being the “question-asker” and facilitating the conversation themselves!

After meeting for a few weeks, I shared the gospel with Tony and Tommy using a simple illustration and asked them if they wanted to turn and follow Jesus. They were not ready to receive Jesus, but they loved the illustration and began to share it with their Chinese friends. These not-yet-believers were already developing a habit of sharing the gospel! Having the story laid out also helped them understand the significance of the Bible stories we were reading, and put the invitation on the table so that they could begin to count the cost of following Jesus. 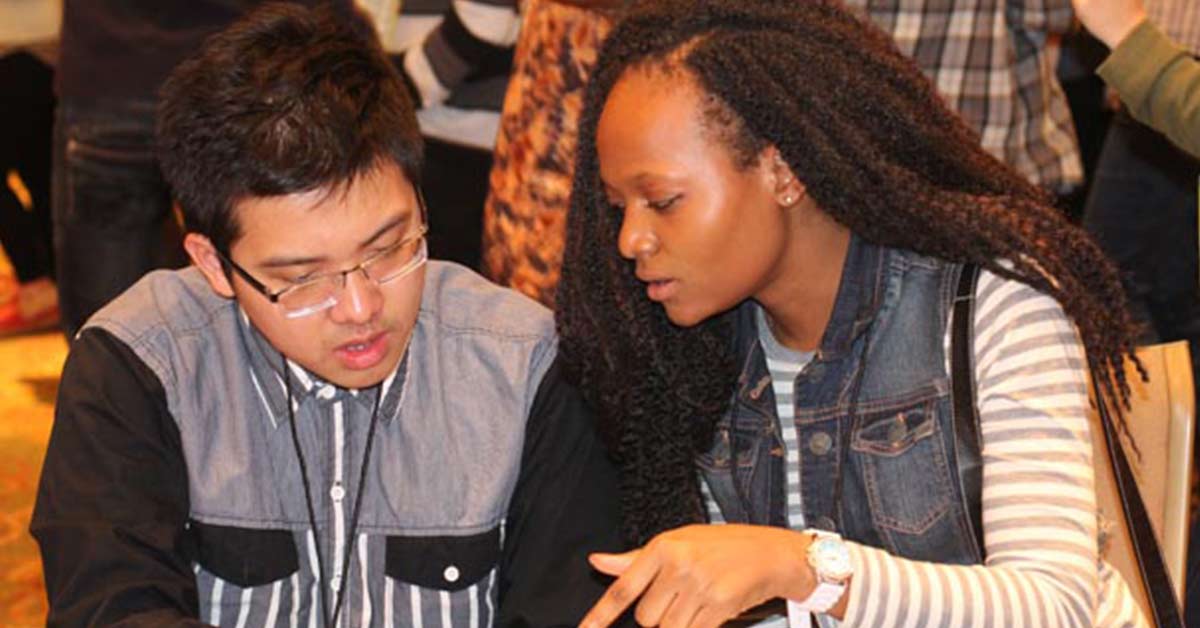 After a few months of meeting weekly, I began to wonder if these guys were ever going to believe. Maybe I was just wasting my time. There were seasons where they seemed less interested, or shared doubts that threatened to discourage them from continuing to seek Jesus. There were weeks that all I wanted to do was hang out with my friends, and almost blew off meeting with them. But I knew that God was calling me to be faithful, and so we kept going.

And then, after nearly six months and 25 Bible studies, we reached the story of Jesus’ resurrection. After we discussed the story, the Holy Spirit injected some extra boldness into me, and I looked at my friends and said, “Guys, you know the whole story now. We could keep meeting, but I believe you know what you need to know in order to make a decision. So will you follow Jesus or not?”

Tony and Tommy looked at each other, and then looked back at me. Tommy spoke first. “We have talked about this…and we are ready to follow Jesus.” Praise God! We prayed together and celebrated their profession of faith.

8. Discipleship Happens on Both Sides of the Conversation

Toward the end of that conversation, Tommy asked me, “What do we do now?” It almost seemed like he was expecting me to pull out a second Bible! I said, “Well, what have we been doing so far? We meet together with others to pray and read God’s Word, we obey it in our daily lives, and we share it with others. Welcome to the Christian life! You’ve already started living it!”

The most dramatic shift in my relationship with them after that day was that I began to share with them about the state of the world, especially the reality that in their own home country there were millions of people who had never heard the gospel, who knew no Christians, and who probably wouldn’t even be able to find access to Jesus if they tried. When I first shared this with them, Tommy pulled out a piece of paper and quickly drew a map of China freehand (very impressive!). He began circling different regions of the country. “You are right! Here are the Buddhists, and the Daoists, and the Muslims,” he said, pointing at the circles. “What if,” he suggested, “Christians from my hometown were trained to be missionaries and we went to these areas to tell them about Jesus?”

He looked at me, and then he looked down and wrote next to the map, “Things Need to Change.”

The Story Since Then

Soon after placing their faith in Jesus, Tony and Tommy became connected to a healthy Chinese church in the city, led primarily by university professors. They were baptized, and through that fellowship they continued to grow, serve, and worship God in community. Tommy now regularly leads Bible studies for new Chinese students that have recently arrived to America, and trains his Christian friends how to share their faith.

Recently, Tommy and I sat down for lunch. He told me that God had been changing his vision for his life. Rather than pursuing a well-paying job as an industrial designer in his hometown, he feels that God is calling him to become a professor and move to a part of his country where there is a large population of unreached peoples. He wants to use his influence as a professor to share the gospel with students and start Bible studies where they can discover Jesus the same way that he did when he was a university student in America.

We may not feel like investing in international students is as powerful or exciting as packing our bags and moving overseas, but what God has shown me through my relationships with these two guys is that if we will be obedient to the call to make disciples of all nations no matter where we are, he has to power to cause a ripple effect through those relationships that can echo all the way around the world!

Tyler is a trainer and disciple-maker based in Austin, Texas, committed to the vision of seeing No Place Left in Austin, in the US, and in the world without the good news of Jesus in our lifetime.