Back in 1999, I was sharing with a fellow missionary my struggles  in communicating the gospel with Muslims. His offhand comment completely changed my world: “That’s because Arabs live in a shame-based culture.”

His sentence stunned me. For twenty years I had ministered to Arabs, yet never once heard the term “shame-based culture.”

As I gently pursued this awareness, God brought various people across my path to introduce me to new facets of honor and shame. Some pointed to Genesis, others spoke of guilt-based or fear-based cultures, and others led me to see that the Bible itself was written in the context of cultures which revolved around honor and shame.

In 2001 we timidly published the first edition of Honor and Shame. One close friend and fellow researcher protested that there was a lot more to be learned. I agreed, but I wanted feedback from missionaries in other places. Were we pursuing something important or on a rabbit trail?

We soon began to hear from excited missionaries working all over the world—among Aboriginal peoples in the deserts of Australia to the frozen Canadian northlands. I had never been to Pakistan but a Pakistani 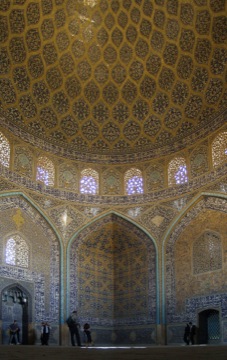 wrote, “You are the first westerner to understand my culture … .” When I used concepts of honor and shame, Arabs would sit and listen to me like never before as we talked of things that were important to their worldview.

I soon discovered that using honor and shame to present the gospel is only one small part of the picture. In most cultures honor and shame shape the foundational dynamics of creating and building fellowships of believers, and in such contexts, social relationships and community function very differently than in guilt-based cultures.

I urge our national brothers and sisters to take up the challenge of applying biblical honor and shame dynamics to today’s honor and shame communities. We long for the Holy Spirit to do His work of effectively communicating the gospel to and through those who live in the honor and shame paradigm.

A nice article. By dint of circumstance the outsider linguist , due to pointing loudly to his mouth a lot might get an offer of food, a smack on the lips,a smack in the chops or the local Cheif assigning him the village stutterer whose lisp is an extra. Was the fellow offering his services as a speech therapist, a dentist, a dinner companion or what? It can be hard to learn a new language, just ask the local Cheif. It isn’t just the visiting linguist.

“Roland Muller” has been serving among Muslim communities in the Middle East and North America for more than three decades. His writings have played an important role in awakening the mission community to the themes of honor and shame in the Muslim world. He is the author of Honor & Shame: Unlocking the Door, and The Messenger, the Message, and The Community.