My husband and I have been discipling and mentoring believers in Botswana since 2001. Like many others, we have been perplexed and troubled at the shallowness and hidden sin in the Church. Until I came to understand the role of honour/shame dynamics in our context, I often wondered, “Why does there seem to be no sense of guilt here, except when there is also shame in getting caught?”

FEAR, SHAME OR GUILT: AFRICA=FEAR...OR DOES IT? 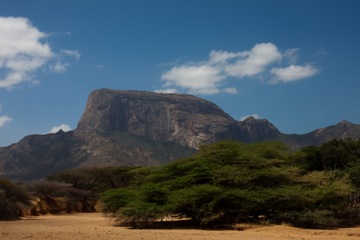 embraced by missionaries today: “fear,” “shame” or “guilt.” (These labels were later refined to “honour/shame,” “innocence/guilt” and “power/fear.”) Missiological texts often classify cultures into one or another of these categories, even though more recent research indicates that a mixture of these are present in every culture.3

Africa, and more specifically Sub-Saharan Africa, is widely classified as a “power/fear” culture, and excluded from lists of honour/shame cultures by major authors (e.g. Timothy Tennent,  Roland Muller,5  and Ed Welch6 ). As a result, cross-cultural workers preparing for service in Africa are routinely taught, as I was, that “Africa is a power/fear culture.”

Fear and shame are not two independent societal influences. Rather, shame and fear are two sides of the same coin, and it is impossible to have one without the other. Consider these definitions (emphasis added in each):

Right back in Eden shame was expressed with fear: “I was afraid because I was naked and I hid myself” (Gen. 3:10). Throughout the Bible we see power and honour coupled, as well as fear and shame (e.g. Ps 110, 8:6; Ro 1:16; Col 2:13-15). And while guilt and shame are different, they are also closely related both in the Bible and in contemporary societies.

In Sub-Saharan Africa, fear relates largely to the spirits of deceased ancestors. But what is feared? It is what the ancestors (and the elders who will soon be ancestors) will do if they are not properly honoured through preservation of the tribal and cultural values of which the ancestors have left the elders as guardians. In this context, these values are not to be questioned, and every member of the community lives to avoid dishonouring and angering the ancestors—and thus bringing shame on the community elders. This translates directly to fear of bringing shame on one’s family in the eyes of the elders, the village, and the tribe.

Beyond the historical trichotomy of guilt, shame and fear cultures, missiologists and anthropologists alike now also employ a dichotomy between “individualistic” and “collectivistic” cultures. No culture is exclusively one or the other, but Western societies are generally classified as “individualistic”—emphasising personal choice and responsibility—while the non-Western world is generally classified as “collectivistic”—emphasising conformity with societal expectations.

Sub-Saharan Africa is rightly understood as collectivistic. Yet there are such remarkable similarities between “collectivistic” societies and “shame” cultures that some astute observers are concluding that collectivistic societies are inherently shame cultures.9

Collectivistic cultures train their members from birth to need the approval and acceptance of those around them, and to draw their identity from how well they “fit” and belong to the group. And honour/shame is the 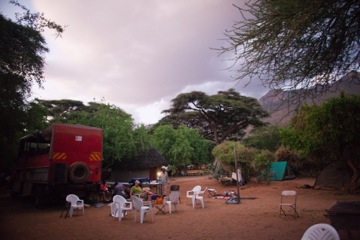 mechanism by which this training is applied.

When I arrived on the field, though no mention was made of “honor/shame” cultures, my orientation incorporated behavioural contrasts between individualistic and collectivistic societies, including “always tell the truth” vs. “never disappoint or bring shame.”

When an African Christian must choose between lying (to protect an elder’s reputation and honour) or speaking the truth (which will shame and dishonour the elder) they often think “God will forgive me and my elder will not, so I will lie.”

Recognizing the centrality of honour/shame dynamics to African tribal cultures can have a profound benefit both for discipleship within the church and outreach to the lost. Beliefs ingrained from birth—that tribal/family elders and ancestors must be honoured—can and must be addressed from the framework of biblical honour and shame. Otherwise many will remain in the confusion and bondage of cultural strongholds. But by connecting believers with the honour/shame dynamics in the Bible, they can discover that God wants all honour—both ours and our elders—to be rooted in our relationship with Him and our integrity before Him as we “speak the truth in love.”

And among the lost, both in the reached peoples of Sub-Saharan Africa and within an estimated 800 unreached peoples there,10  it is essential that the gospel address not only their guilt but also their fear of shame. We must help them realise that the honour God longs to bestow upon them is eternal, and greater than any honour they, their family and their people could gain or lose on earth.

Sister Sandra I appreciate your scholarly treatment of these subjects. I’m sure you are aware of the numerous societal breakdowns that have afflicted subsaharan Africa over the last few decades, from the chronic depredations in the Congo, the mass displacements of Darfuris and Nubans and South Sudanese and such. As I understand it, there are about 500,000 orphans in Botswana due to so many adults dying of AIDS. When such mass disruptions occur, wouldn’t you agree that cultural norms fracture beyond what the anthropological paradigms for steady state societies are employed for?

Sandra is from Brisbane, Australia and has served alongside her “MK” husband in Botswana, Africa since 2001 with a focus on discipling and providing literature and media resources. God used many unexpected trials, including betrayal and theft, to provoke her search into the local influence of honor and shame. With a national co-worker she is now researching African honor/shame dynamics, and producing resources for more effective evangelism and discipleship.