Why Focus on Nomads?

In Africa’s Sahel, 100 people gathered to listen to a well-known presenter on Disciple-Making Movements (DMM). After the teaching, one of the Tamajeq (Tuareg) believers stood and asked, “How can DMM be applied in my setting?”

The translator was befuddled by what appeared to be a very general question. “What was it about the Tamajeq that they could not understand a simple concept like DMM?” he might have thought.

As he began to translate, a rather bold fellow interrupted him and attempted to explain to everyone the context this question came from. With some confidence he asserted that the question was rooted in the general poverty and great needs of the desert-dwelling Tamajeq people. Then he presumptively rephrased the question this way, “How can DMM succeed when so many Tamajeq people are hungry, needy and dying?” The presenter answered as one might expect, advising that attention be paid to the needs of the suffering before doing DMM. 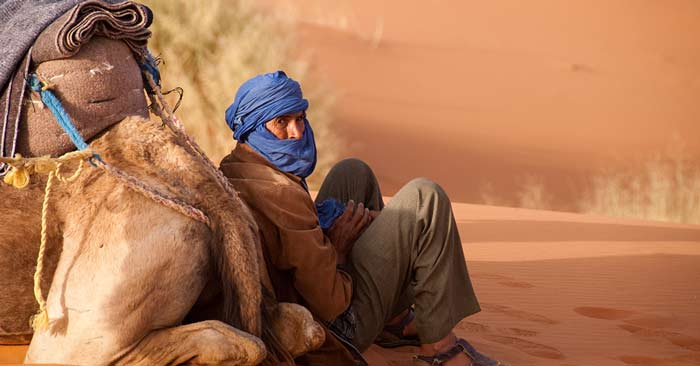 The Tamajeq man sat quietly but I squirmed in my seat. We settled people have a default that identifies nomads as suffering people who barely eke out a living. We believe that nomads would succeed if they would only settle down. The fact is the Tamajeq are great nomadic pastoralists of the desert. They range over vast swaths of the Sahara Desert, living where most of us would likely die.

Neither the translator, the bold fellow, nor the presenter understood that this man was struggling to apply the principles of DMM in a nomadic society. Ideas and strategies like DMM are not imagined or purposed for people who live as they do. How, for instance, was this man to convene weekly meetings with people who are always moving in different directions? He and his Tamajeq colleagues needed answers.

After minutes of hesitation I decided to stand to briefly clarify the actual nomadic context of the Tamajeq people. I explained that the original question was entirely valid coming as it did from these great nomadic pastoralists. I was stepping out on a limb but the Tamejeq believers nodded with approval. The presenter scratched his chin and conceded that he had not thought about how to apply DMM in a nomadic setting. He had nothing to offer them.

It’s clear to many nomadic workers that something needs to change. Nomads are not lost because they are nomads. They are lost because we don’t send many workers to reach nomads with the good news, and when we do, they often get caught up trying to ‘help’ nomads settle through development schemes as if that was required to be saved.

While the rest of the world looks askance at nomads as unfortunate, poor and problematic, they see themselves as free, proud and able to live in deserts, on tundra or at frightful altitudes. We are not the rest of the world. We are meant to see peoples from the perspective of Jesus, their Messiah, and it is clear that He loves nomads.

God’s great covenant was made with Abraham, a nomad. The people who sprang from Abraham remained nomads for centuries. Then God chose Moses, who had become a nomadic pastoralist while in exile. He had learned not to be threatened by the desert. God used this to instill confidence in the people as they walked through the Red Sea. God has room in his kingdom for nomads.

We need specialized workers for nomads who are networked in order to build excellence in ministry, and here’s why.

1. Nomads are different enough from settled peoples as to warrant separate missiological attention.

Those who study nomadic peoples have learned that there is much more that defines them than the fact that they are on the move. Cultural and worldview similarities abound among nomadic groups all over the world. These distinctives even transcend religious differences. As a result the challenges of doing mission among them are abundantly common throughout the nomadic world. We believe that nomadic worldview distinctives are so sufficiently and significantly different from settled peoples that they deserve separate treatment by mission agencies, missionaries and missiologists.

Nomadic pastoralists are not a type of farmer, like ranchers are. They have a distinctly different understanding of land, ownership, wealth, family, blessing, curses, etc. Those who minister to nomadic pastoralists as though they are farmers will miss the heart of the people. This can lead to ineffective and perhaps even counterproductive work as Christ followers.

We worked for 12 years among other lowland camel herders in the Horn of Africa. In the beginning we hoped to work with established churches in that area but found they were made up of migrant highland farmers who had no intention of reaching the nomads.

They told us that they feared and hated the nomads. They confessed their belief that God would never save any because none had ever responded to the gospel. They could not understand why their methods, which had worked so amazingly in the highlands, did not work with these nomads. Their ethnocentric understanding of church left them with only one conclusion: These nomads were evil and doomed.

These dear people couldn’t appreciate that the nomads viewed them as intruders, because they worked on government development schemes, which now deprived the nomads of their best grazing land. They didn’t realize that it was imperative for them to value nomadic life in order to have any chance of being heard. They were guilty of the same pejorative approach that most sedentary peoples exercise over nomads and were ineffective as a result.

Nomads view themselves as a global fraternity. This should serve as a clue that a distinctive missiological focus needs to be employed with them. I will never forget our clan leader’s words when we were forced to leave The Horn for health reasons and move to a different focus, developing opportunities elsewhere in Africa: “I will pray for you, but come back and tell me how ‘the Light of Jesus Christ’ is moving among the camel herders over there.” 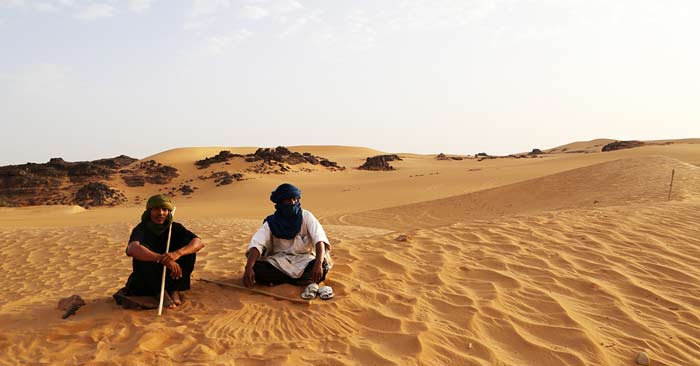 It is estimated that 200-million people live as nomads on this earth and that most of the nomadic pastoralists, who make up the bulk of nomads, are still unreached. From the nomads’ perspective, over 97% of the world’s peoples are sedentary, that is, they base their lives and livelihoods from a place they call home. All of the popular missiologies circulating in the world today are meant for this 97%. Hardly anything is written specifically for ministry in a nomadic context.

While there are hundreds of thousands of missionaries across the world, there are only a few hundred at most working amongst nomadic peoples. It is our sense that the percentage of unreached and unengaged nomadic groups is growing relative to the percentage of all unreached and unengaged people groups. If this is true, nomads will undoubtedly be the last to be reached. We are currently collecting data that will empirically demonstrate whether this is true or not.

At this point we can confidently say that ten times more gospel workers are needed for nomadic ministry. We need trained workers willing to go to the harshest places where nomads live and give their lives to these amazing but lost peoples. We need people and churches to pray for nomads and to send more workers.

3. Nomadic workers’ primary input needs to be informed by other’s successes and failures.

Consider the unique questions that nomadic workers face. They describe the barriers and challenges of this ministry:

Why do nomads see themselves as different? Why might they feel that settled people are their enemies? If the Gospel comes to nomads from the settled world, i.e. from those outside the nomadic fraternity, how can it be made as sweet as honey?

Why do nomadic pastoralists count animals rather than cold, hard cash? Why do they react so badly when governments and Christian development agencies try to better their lives through settlement schemes or building of infrastructure, irrigation and schools? Why is it that when we try to help them in Jesus’ name they resist our overtures?

How can we possibly live among them when they move all the time? What are the options? Does one need to become a nomad to work with nomads?

What Scriptures might have strong impact among nomads? How can we best spread the stories of Scripture among illiterate and oral nomads who are always on the move? If literacy is key to biblicity, how can we build literacy amongst nomads who value orality?

A network of nomadic practitioners can look deeply into these issues, examine case studies and learn to value what nomads value without judging them for not being like us.

If I tell a nomadic pastoralist that in order to follow Christ he must build a building and attend that building every week at a prescribed time, he will look at me and conclude that I want him to give up being a nomad. Would he be wrong?

Today the concept of home church has propelled strategies like DMM, sometimes replacing the need for any building at all. One might assume, like in the story at the beginning of this article, that DMM should be the answer for nomads too. It turns out that even DMM needs to be adapted for nomads.

Workers need to grapple with the realities of discipleship and church amongst nomads and do it with their Bibles in their hands. When workers compare experiences, they are iron sharpening iron for the sake of the formation of the Church amongst nomads.

We pray that the Lord will mobilize churches around the world to learn about nomads, pray for nomads, love nomads and send workers trained to effectively minister to nomads.

Caleb serves in leadership of the Nomadic Peoples Network. He has worked for 12 years in the Horn of Africa with Muslim nomadic pastoralists and is currently developing ministry opportunities in North Africa.