No Longer “Discipleship as Usual”

By 2010, I had been discipling others for 30 years and risen to national level leadership with the Navigators. Then a speaker introduced me to Steve Addison’s book, Movements that Change the World.1 I was more than curious. This launched me on a three-year study of what God is doing around the world, which I shared with my friend Jim McKnight who is a Navigator leader at Fort Benning, GA. Jim and I picked up various movement principles along the way and began applying them in piecemeal fashion.

I desperately wanted to see God do here in the U.S. what I read He is doing around the world. So as recommended in the books I was reading, I spent hours each day in prayer, read through the Bible twice a year and studied Luke and Acts extensively.

We moved to San Antonio at the Spirit’s leading and quickly developed a disciple-making ministry similar to what I had had in recent years. But three separate disciples told me privately that they were thankful for what I had done for them but they didn’t have the confidence or competence to do the same for someone else. I knew we wouldn’t see a movement unless I adopted a new approach. 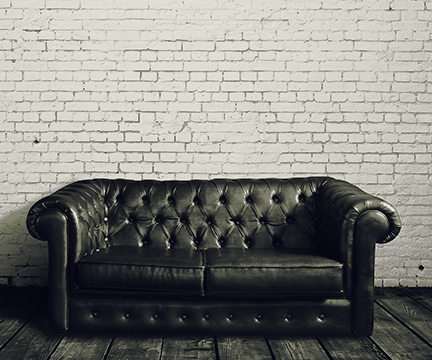 The final book on my reading list was T4T: A Discipleship Re-revolution by Steve Smith and Ying Kai.2 As I started reading a voice in my head said, “Humble yourself and do this.” By now I had read hundreds of books on discipleship methods, and I wasn’t about to blindly start doing new stuff. But the Holy Spirit persisted in speaking to me, and I determined to obey.

The next thing I read was how to develop a vision statement around the question, “What would it take to reach San Antonio for Christ?” A few days later I shared the vision and T4T book with my friend Jim. As he read T4T and put it into practice, he quickly saw result.3

I shared T4T with a guy who didn’t feel equipped to reproduce, and he led several people to Christ and started a group at Fort Sam Houston which grew from five to 35 people in three weeks. On three separate occasions, I witnessed four-week-old believers leading a Bible study. God has given us a highly reproducible model of discipleship.

This has become a “family affair” as families work together. Discipleship is bringing families together and saving marriages through obedience to Jesus’ commands and laboring together in the kingdom. The ministry is so simple and fun, it’s easy to include kids. One person in Washington, DC has a second

generation group of 17 children led by his 11-year-old son. In my own family, three generations are actively participating in T4T groups.

Our Jesus-Up-In-Out Network was formed through recording the vision on tablets, so that those who read it may run. (Hab 2.2). The “tablets” I use are a simple website4 and Facebook page.5 I trained many through Skype and Google Hangouts, starting with friends and ministry relationships from the last 35 years. By the end of 2013 we saw Jesus start groups in 50 U.S. cities and four countries.

T4T works! Never have I seen God do so much so quickly, nor to such depth. But T4T only works as a means of obedience to the Holy Spirit.

The story of Naaman the leper in 2 Kings 5 illustrates this. Naaman was a captain in the Syrian Army when he heard the Israelite prophet Elisha could heal him. When Naaman went to see Elisha, he had his servant tell Naaman to dip seven times in the Jordan River and he would be healed. Naaman was angry that the prophet didn’t speak with him personally and felt he could wash in cleaner rivers back home. But after his servants calmed and advised him to obey the prophet, he dipped seven times in the Jordan and was completely healed.

Now there was nothing magical in the Jordan River or dipping seven times. Naaman had to do three things in order to see God’s healing: humble himself, trust God,
and obey Him.

This is what God had me do to see results this past year—humble myself, trust Him and obey Him. To God be all the glory!

Chuck and Deb Wood have been making disciples of Jesus for 35 years. In 2012 they were introduced to T4T and trained by Jeff Sundell in CPMs. Chuck and Deb immediately put these principles and training into practice and have seen an incredible impact. In their first year, Jesus used them to start a network that has seen 60+ baptisms, 106 groups and 22 churches. Chuck has been diagnosed with ALS (Lou Gehrig’s Disease) so much of their training is done online. They are available to train others and can be contacted at .(JavaScript must be enabled to view this email address) or http://www.jmovement.net