WHY IS 24:14 DIFFERENT THAN PREVIOUS EFFORTS?

In every age, there have been gifted and called cross-cultural missionaries who wanted to be a part of telling everyone in the whole world about Jesus. With the stoning of Stephen, followers of The Way began to run for their lives into Samaria and other parts. These nameless gospel-gossips shared the Good News in word and deed. In 1989 David Barrett indicated there had been 788 plans to evangelize the world from AD 33 to that present moment. Since then, many new plans have emerged. The question is appropriately raised: “Why is 24:14 any different?” 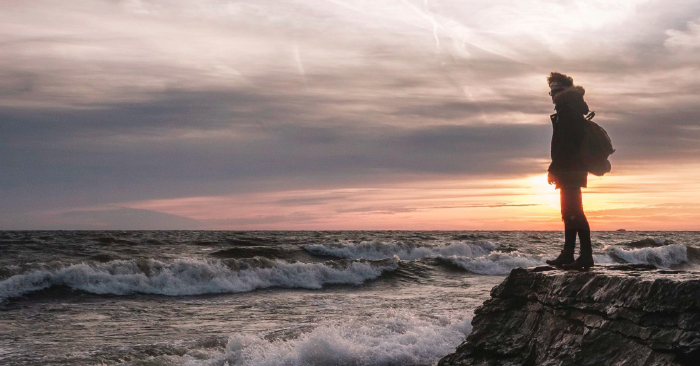 Institution v. Grassroots: Most of the previous plans have been more institutionally or denominationally focused. While these have had positive results in an increase in mission activity and numbers of people coming to Christ world-wide, there has not been a sharp focus on reaching all who are beyond the reach of the gospel. Nor have they focused on planting self-duplicating communities of faith.

24:14 is neither centered in an institution nor a denomination. It has not been theoretically developed by institutional leaders. It is driven by knowledgeable implementers who are actively involved in actual movements. It has a more practical and less theoretical quality. It is focused on the desired end result of engaging all of the Unreached People Groups—effectively reaching them.

Unrestrained Sending: One of 24:14’s strengths is that personnel are not limited to cross-cultural sending groups and very fewAfinancial resources are required. As new believers become partners with those who brought them the Good News, the number of witnesses multiplies.

Technological Developments provide another important advantage. The more obvious include transportation and communication. This results in faster translation of scripture, better distribution of training materials, and more frequent contact with team members and prospects. However, this plan recognizes that technology does not replace incarnation. Therefore, consistent face to face interaction is an integral part of initiating and developing this plan.

Better Assessment and Tracking: One result of technology has been a more accurate description of the unfinished task. Several important breakthroughs emerged at the first Lausanne Congress on World Evangelization in 1974. One of those was the concept of reaching “Hidden Peoples” by Ralph Winter of Fuller Seminary. In 1982 the term was changed to “Unreached People Groups.” The plans in the past were typically focused on nations and failed to take into consideration the multiplicity of languages and ethnic groups within many nations. 24:14 has the advantage of greatly increased information that is more reliable and more relevant. The task is defined much more specifically. Further, relevant information is being tracked not just about engagement, but about effective CPM engagement that can result in the multiplication of disciples necessary to see an unreached group truly reached.

Biblically-centered: Another incalculable advantage is the biblically-based approach of 24:14. Some prior efforts focused on the “outsider” as the essential spiritual guide. Therefore, as more groups were started, the missionary felt greater pressure on his or her time, energy and resources. However, 24:14 movements focus on Luke 10 and similar passages as the framework for seeking “persons of peace” and winning their networks of relationships. By inductively learning from the Bible through the guidance of the Spirit and emphasizing “making disciples” and “teaching them to obey,” each new group adds more generations of disciple-makers. Instead of adding stress to the “outsider” this plan realizes the indigenous leaders are the key to making disciples among their own people.

Proven Best-Practice Models: Movements represented in the 24:14 coalition are seeing massive multiplication of disciples and churches. These culturally-adapted models are not limited by human resources. The Lord could use it to reach all UPGs. The key 24:14 players have significant experience in initiating this kind of work. They have been perceptive enough to analyze what has already happened. By doing this over two decades, they have identified elements that enable a movement to grow and symptoms of stagnated or dying movements. Too often in the past, when new methods or approaches were tried, no evaluation tools were available to suggest appropriate adjustments. Now they can constantly make needed adjustments. These might include leadership refreshing or interaction with other nearby groups or bringing in someone to provide needed expertise.

Unique Collaboration: In the big picture, 24:14 embraces two essential interdependent realities: unreached peoples and collaboration of most fruitful movements. We know the Good News is for all the ethnic peoples of the world. The implementers of 24:14 have come from a wide variety of those ethnic groups and have the advantage of freedom from Western cultural captivity.

Prayer: Probably every plan to evangelize the world has included prayer as an essential element. However, most of them had a prayer-support base limited to an organization or denomination. This plan starts instead with world-wide prayer participants. And as new disciples are added, these formerly unreached people add a whole new dimension to prayer as a vital part of this plan. These prayer elements may be the greatest advantage of 24:14.

In 1985, we looked at a map of the world and realized our “bold” plans to reach the world did not include over half the world’s countries which were closed to traditional missionaries and included the vast majority of those unreached with the gospel. We joined with others to try to adjust mission approaches to change that reality.

We are thrilled to see what God has done in the intervening years and we join with our many brothers and sisters around the world in being a part of the 24:14 coalition to hasten the day when the gospel is proclaimed throughout the entire world to every people, tribe, language and nation.

Excited about this new collaboration effort and what God will do through it.  I’m curious though to note that there don’t seem to be many women involved or much mention of women in launching disciple making movements.  Women have a major role to play to see this vision brought about. See my blog related to this. https://dmmsfrontiermissions.wordpress.com/2017/10/15/when-god-restores-women-get-included-in-the-inheritance/

I believe it is a major mistake that could cost us millions of souls to minimize or even worse ignore the major role women can and must play as disciple makers among the unreached!

William O’Brien served as an Indonesian field missionary, as a USA church planter and pastor, as Executive VP with the IMB, founding director of The Global Center at Samford University and missions professor in Beeson Divinity School. He co-authored Choosing a Future for U.S. Missions in 1998.  Contact: .(JavaScript must be enabled to view this email address)

R. Keith Parks holds a Th.D. from Southwestern Baptist Theological Seminary.  He has served as a missionary to Indonesia, as President of the IMB and Global Missions Coordinator of CBF. He and his wife, Helen Jean, have four children and seven grandchildren. He currently teaches Bible study for internationals at First Baptist Church, Richardson, TX. Contact: .(JavaScript must be enabled to view this email address)