MOVEMENTS IN THE BIBLE

Movement. In the world of missions, the word evokes strong reactions. Is it, as advocates would say, the future of the Great Commission or is it simply a faddish, pragmatic pipe dream among certain crowds of church planters? The most important question is, “Are movements biblical?” 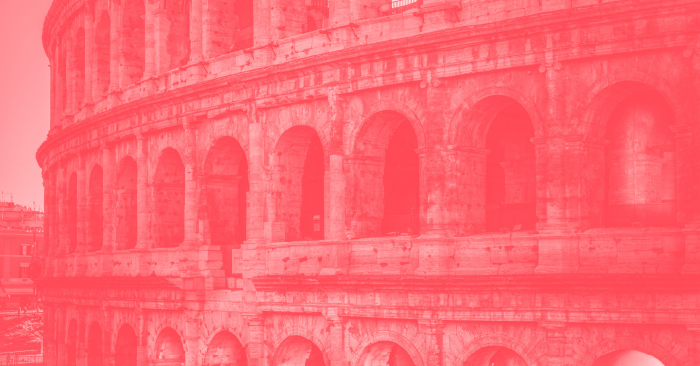 Luke’s account of the remarkable spread of the gospel in the book of Acts sets the standard for what we mean by “movement.” In Acts, Luke records the spread of the gospel from “Jerusalem and in all Judea and Samaria, and to the end of the earth.”1 When those cut to the heart by Peter’s sermon at Pentecost were baptized, 3,000 were added to the faith in a single day (Acts 2:41). The church in Jerusalem grew as “… the Lord added day by day those who were being saved” (Acts 2:47). As Peter and John were “proclaiming in Jesus the resurrection from the dead,” “many of those who heard the word believed, and the number of the men came to about five thousand” (Acts 4:2, 4). A short time later Luke recounts that “more than ever believers were added to the Lord, multitudes of both men and women” (Acts 5:14). Then, “the word of God continued to increase, and the number of the disciples multiplied greatly in Jerusalem” (Acts 6:7).

This growing and multiplying continued as the gospel spread beyond Jerusalem: “the church throughout all Judea and Galilee and Samaria had peace and was being built up. And walking in the fear of the Lord and in the comfort of the Holy Spirit, it multiplied” (Acts 9:31). When those scattered by the persecution of Stephen came to Antioch, they spoke to the Hellenists there, “And the hand of the Lord was with them, and a great number who believed turned to the Lord” (Acts 11:21). Back in Judea, “… the word of God increased and multiplied” (Acts 12:24).

When the Holy Spirit and the church in Antioch set apart Paul and Barnabas for the “work,” they preached at Pisidian Antioch, the Gentiles gladly heard and believed, “And the word of the Lord was spreading throughout the whole region” (Acts 13:49). Later, on Paul’s second journey with Silas, they revisited the churches of Derbe and Lystra, “So the churches were strengthened in the faith, and they increased in numbers daily” (Acts 16:5). During Paul’s Ephesian ministry, he “reasoned daily” in the Hall of Tyrannus, “so that all the residents of Asia heard the word of the Lord, both Jews and Greeks” (Acts 19:10). As the gospel grew in Ephesus, “the word of the Lord continued to increase and prevail mightily” (Acts 19:20). Finally, upon Paul’s return to Jerusalem, the elders there inform Paul “how many tens of thousands there are among the Jews of those who have believed…” (Acts 21:20 ISV).

When they heard about it, they praised God and told him, “You see, brother, how many tens of thousands of believers there are among the Jews, and all of them are zealous for the Law."

By the end of the missionary journeys, the body of believers had grown from 120 gathered in Jerusalem (Acts 1:15) to thousands spread throughout the northeastern Mediterranean basin. These believers assembled in churches that were multiplying in number and in faith (Acts 16:5) and were releasing their own missionary laborers to join Paul in his apostolic church-planting work (Acts 13:1-3; 16:1-3; 20:4). All of this took place in a matter of roughly 25 years.2

This is movement. Acts records the initial movement of the gospel, and the disciples and churches that resulted from it. What can we say about that movement? And what does it mean for our work today?

Based upon this picture from the book of Acts, we offer a definition of biblical movement as follows: A dynamic advance of the gospel in the power of the Holy Spirit through multiple localities or peoples marked by prominent in-gathering of new believers, vibrant transforming faith, and multiplication of disciples, churches and leaders.

The picture we have traced here inspires the question: “Why not here and now?” Are there any compelling biblical reasons to believe that the elements of movements are no longer available to us or that movements like the one described in Acts cannot happen again today? We have the same Word and the same Spirit. We have the record of the movement in Acts and we can claim the promise: “whatever was written in former days was written for instruction, that through endurance and through the encouragement of the Scriptures we might have hope” (Rom 15:4).

Dare we hope that the kind of movement described in Acts might come to life again today? In fact it already is as we now see hundreds of movements around the world.

DEAR Man of God’
I greet you in Jesus Name .l hope and believe that you are good. I am rev. pastor Ninteretse desire in Burundi In East African Community .l would like to ask you Partnership with you and to work together with you in order to start your ministry and programs here in Burundi.
We are interesting by your wonderful activities you did so that we need you here in Burundi. We wish you to come in Burundi to establish with us your wonderful ministry.
May God richly bless you and you are welcome.
Yours faithful son Rev. Pastor Ninteretse Desire
+257 79 689 063/ +257 75 49 47 41

J. Snodgrass has lived and served as a church planter and CP trainer in South Asia for the past 12 years. He and his wife have assisted church plants and trained in movements among Hindus and Muslims. He is completing a Ph.D. in Applied Theology.