“I didn’t know you wanted to hear about new churches that started in other countries, too.”  We had been working alongside Raj for the last five years.  In that time, we had seen the Lord grow 8 churches into a network of 167 multiplying churches.  Along with that, Raj was reporting an additional 200 new church starts that he was moving toward church health and well over 1000 baptisms per year.  Now, late one evening, Raj blurts out that they have seen churches start in 13 other nations that he hadn’t bothered to mention before.

I was struck with awe and wonder.  I was in the midst of packing up my home after unforeseen medical needs in my family had led us back to the US for a season—and God chose that moment to use Raj to blow my mind on what He has been doing.  He had some sense of humor!  I’m leaving and His kingdom was advancing far beyond what I thought was possible.

Our part of Raj’s story started in 2007, when some IMB workers trained in one of his original 8 churches.  Raj, along with dozens of other nationals, learned basic church planting (4 Fields) and began to put it into practice.  However, in the next year, his network only started one church so the IMB workers focused their attention to other more fruitful men.

Over the next 3 years, Raj attended some additional trainings but little happened.  Then, in 2009, IMB workers noticed that Raj’s network started 5 churches—a 45% growth in a single year!  We began to spend more time with both Raj and his key leaders and the Lord began to quickly multiply churches.  In 2011 and 2012, the network grew by more nearly 100% each year.  God was moving! 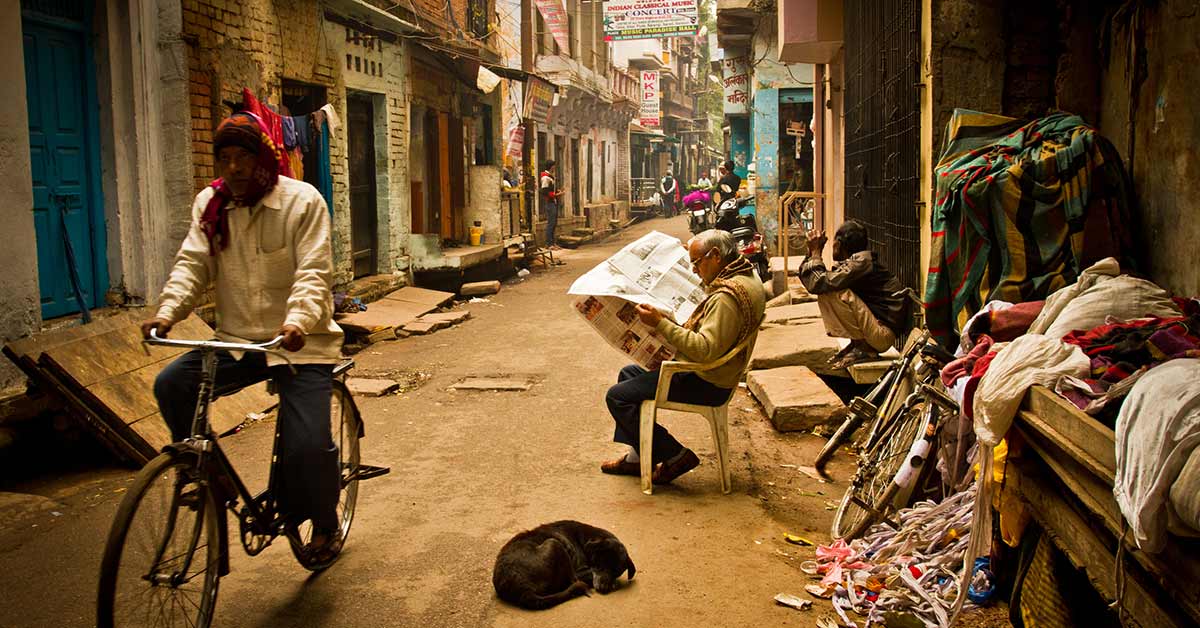 By early 2012, Raj knew everything we did about church planting.  In fact, he was doing more and going beyond what we had planned—I once phrased it as he’s better at my job than I am!  There was little that we could do to help him start additional churches.  Instead, we were now focusing all our attention on church health, trying to keep up with how fast the Holy Spirit was moving.  We gathered the local leaders together and trained them in simple tools that focused on pastoral development and doctrinal integrity.

Then, the unthinkable happened.  In the midst of God starting multiple movements, my oldest son was diagnosed with epilepsy and the Lord removed us from Raj’s network.  After dealing with my own identity issues, we began to notice how much healthier the network was becoming.  Through the coaching of another missionary, Raj’s network began to train their own pastors and develop more tools.  Additionally, they began to send out their own missionaries to other places, both in their nation and beyond.

As the Lord gave us a larger perspective, we began to ask other movement-minded missionaries what they were seeing.  In places that were seeing churches multiply, grow healthy, and send to the nations, we saw similar phases emerge.

Before anything else should be done (or could be done effectively), the missionary had to focus on the gospel being shared in great abundance.  This responsibility was not just the missionary’s burden, but it needed to become an identity of every believer in the area.  In short, people needed to hear the gospel, respond to it, be taught to obey simple discipleship lessons, and form churches.  If churches weren’t starting, foreign missionaries shouldn’t be spending their time focused on other things yet.

In South Asia, many of our missionaries are rightfully focused on this.  Churches multiplying is the needed prerequisite to any other phase of a movement.  In this phase, missionaries’ responsibilities include either being the catalyst that starts a movement or equipping national catalysts, campaigning simple reproducing church planting tools, and continuing to provide space for national leaders to emerge.

As churches multiply, the missionary must begin to give attention to the gaps, namely the health of new churches as they start.  For us, we tried many things and many traditional ideas but they kept falling short.  Most of them were too advanced for our new leaders and often required travel to some distant place for training.  Instead, we took our short-term discipleship method, 7 Commands of Christ, and simply added on to it.  What emerged was a basic OT/NT survey, simple hermeneutics, and lots of practice.  We call it Foundations.

Next, we took the verses of the Baptist Faith and Message and wrestled through them with key leaders.  Instead of teaching what we believed, we simply taught these emerging theologians to search the Scriptures for answers to their church’s questions, discuss it in community with other leaders, and then write their own statement of faith.  What emerged was healthy contextualized doctrine and a healthy network of churches that were convinced by the Word of God as to what they believed.  We just helped them write their own contextualized theology through a process we call Confessing the Faith.

In this phase, the missionaries’ responsibilities include a healthy focus on self-discovery from the Word of God, a consistent guard against extra-biblical traditions, and campaigning for simple tools for pastor/teachers.  Very often the missionary must ask if what he is doing is really reproducing.  If not, he must change what he is teaching.

As churches multiply and as a healthy network emerges, ownership of the Great Commission is the needed next step.  Historically, it often took decades for a group of churches from one people group to see that the Gospel was also meant for others around them.  What we found is that healthy churches that are part of healthy networks simply need a little guidance from outsiders as to where the gaps are.  We simply took government maps and put them together with yearly reports from the network using paper and markers.  It was simple and crude, but highly effective.  Through this simple process, the network saw just how much more work was needed in their areas.  They could see the gaps and committed to fill them.

Missionaries’ responsibilities in this phase include providing research and gap analysis, equipping the network for cross cultural missions, and coaching on healthy church/missionary relationships.  One key area is helping local believers find local funding for their own missionaries.  Sometimes that’s through bi-vocational work and sometimes it’s through pooling their resources.

Let me also offer a couple of insights with these phases.  First, the lines are really blurred.  I have drawn out clear-cut phases, but realize that if you wait until one is finished before starting the next phase, you’re too late.  Second, there is no timetable.  For some networks, all three phase can happen over the course of a few years.  For others (like Protestants), it takes hundreds of years.  Finally, the big insight that we have seen play out time after time is if you get the phases out of order, the likelihood of a movement decreases dramatically.

Within Raj’s movement, these three phases have played out and are all continuing to grow.  Now, no longer are his leaders talking about multiplying churches, but they are expecting God to multiply movements to other people groups both near and far.   They are seeing it happen!  This network is now a missionary force, joining with other like-minded brothers and sisters across the world, seeking the fulfilment of Romans 15:23—No Place Left.

For the last 10 years, Chase and his wife, Rita, have served with the IMB in South Asia, starting churches among unengaged unreached people groups (UUPGs).  Initially focusing on one micro people group located high in the Himalayas and seeing a single church start in two years, the Tozers realized that they would never be the solution for the gospel going to literally hundreds of UUPGs in South Asia.  They began equipping, modeling, and mentoring effective local national believers to go to these groups and multiply movements.  The Lord has worked through these brothers and others resulting in multiple streams of multiple generations of churches among many people groups across South Asia.