Why Are Muslims Coming to Jesus Like Never Before?

Prepared for the Gospel

Devout Muslims pray Sura One1 every day, reminding themselves of God’s sovereignty, the day of judgment, and the importance of finding their Straight Path.2 Most of the prophets they embrace are covered in more detail in the Bible than the Qur‘an, and the Qur‘an encourages them to seek additional insight from the “former books.” As Christians reach out to Muslims with the love of God, praying for and with them, and utilizing stepping stones from the Qur‘an, the Holy Spirit is working among them like never before. 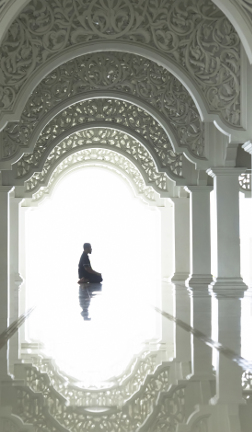 I personally saw God working last summer as our family joined Greater Europe Mission (GEM). We helped catalyze a T4T (Training For Trainers)3 movement among Muslim refugees in one of Europe’s gateway cities. Ten months later those continuing the work report that four spiritual generations of Muslims have entered God’s Kingdom, learned to effectively share the Gospel, and won and trained others to do so as well.

As this MF goes to press our family is heading to another European country to introduce Any-34 in a similar effort. Through such cross-pollination, Disciple-Making Movements are multiplying and being refined to bear much fruit.

Toward discovering the various factors involved, I have informally surveyed a wide variety of friends whose lives are devoted to ministry among Muslims. The following compilation invites your interaction on the MF website.

In God’s providence, a variety of factors are leading Muslims to Jesus at an
accelerating pace:

When bin Laden orchestrated the 9/11 attacks, he had no idea how this would open the hearts and minds of Muslims who would be stirred to wonder: “Is violence at the heart of Islam?”

Many Muslims want to answer, “No,” and are troubled by Qur‘anic passages advocating violence and by their terrorist cousins’ continuing attacks on innocent bystanders.

The zealots of Jesus’ day sought to advance God’s kingdom through violence, providing a stark contrast for Jesus’ teachings: “Love your enemy,” “Turn the other cheek,” “Forgive us … as we forgive …,” “My kingdom is not of this world [or] my followers would fight,” etc.

Many Muslims—even “fundamentalist” Muslims—now welcome discussion of Jesus, and a growing number are becoming fervent followers of the Prince of Peace. 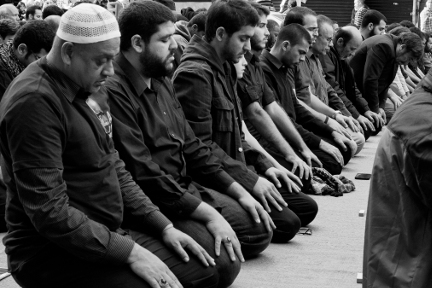 The Muslim world is torn between modernization and traditionalism.

Some Muslims seek refuge from the moral decay of the West in the religious clarity of Sharia law. But many Islamic countries have weak economies, totalitarian leaders, and a rigid social hierarchy incompatible with the aspirations of the educated, growing, Muslim middle class.

These tensions are moving unprecedented numbers of Muslims into historically Christian communities. God is orchestrating this migration: “so that they would seek Him and perhaps reach out for Him and find Him” (Acts 17:27). When isolated peoples relocate, Christians have a fresh opportunity to show hospitality, befriend them and lead them into God’s kingdom.13

Paul observed in Rom 11:25 that Israel had “experienced a hardening in part until the full number of the Gentiles has come in.” As we follow God’s spirit to start discipling movements among all the Gentiles, perhaps God is lifting a hardening from the spiritual descendants of Ishmael in preparation for a great turning among the Jews as well. May it be so!

We have heard lately that experts estimate that there are only 7,000 unreached people groups, and only 3,000 of these are still unengaged by any efforts to extend Christ’s kingdom to their communities.
I read this article thinking about my role as editor of a prayer guide for unreached people groups (globalprayerdigest.org). What Robby is saying here applies not only to Muslims, but also to other religious communities as well. We are seeing an unprecedented harvest! I hope that we will all continue to pray, send, and go until Rev. 7:9-10 comes to pass.

i wish to support mission work among muslims through financial assistance. could you kindly fo9rward me
a contact address. thank you.
angeline george

Thank you for your interest in supporting such work. There are several fine organizations following the Holy Spirit’s leading to bear fruit among Muslims. There are also many well-intentioned but ill-informed efforts which are counterproductive or bearing relatively little fruit.

Call me at 360 420-5634 so we can discuss your goals and I can offer appropriate suggestions, or email me at .(JavaScript must be enabled to view this email address).