Understanding the Societal Consequences of Gendercide

Skipping rocks along the riverside can be a peaceful, even meditative, activity. But there’s always that one friend who wants to find the biggest boulder along the bank and heave it into the water. The ripple effect is impressive with waves that progress far outside the point of initial impact. When 200,000,000 girls are missing from the population, the societal repercussions are akin to those from a large rock hitting the water. There are many far-reaching and extremely interconnected consequences.

In an attempt to make a complicated issue more understandable and solvable, let's break it down using the image of the rock hitting the surface of the water. In your mind’s eye, imagine this rock colliding with the water in slow motion. The first wave after impact is the closest and most directly related to the initial disruption. “Bare Branches,” or men who are unable to find spouses in their community, are a direct result of gendercide. As the wave continues to gain momentum, “Bare Branches” then leads to other consequences – bride buying, child brides, increased prostitution and human trafficking. The wave continues as some distance is gained between the crest of the wave and ground zero. Now we begin to see consequences such as increased STDs, rising crime rates, and domestic violence. Girls and women missing from the population is not a singular event. Many people in multiple nations feel the consequences of gendercide. Each of these consequences will be explored to gain a better understanding as to why gendercide should be on the agenda of the global Church.

The first repercussion to consider is how the gender imbalance in certain regions of the world directly impacts a man’s ability to find a spouse. “Bare Branches” comes from the Chinese word guang gun and refers to those men who will be unable to marry and thus will not add to the family tree.[1] While the term is Chinese, the concept can be applied to any community or nation with a large number of men unable to find spouses within their community due to gendercide. Christophe Guilmoto estimates that by 2030 “the female deficit in the 20-49 age group will rise to 26 and 23 million in China and India, respectively.”[2] The current population of Texas is a bit more than 26 million people.[3] Imagine if every person in Texas were a man of marriageable age who could not find a spouse. The ripple effect would not end there. 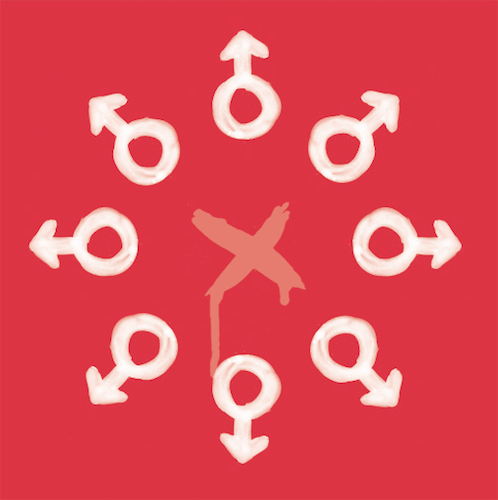 This large number of unmarried men leads to another destructive repercussion of: bride buying and child brides. When millions of men cannot find suitable spouses within their community, they begin to look elsewhere. “Elsewhere” means the surrounding countries such as Vietnam, Thailand, Russia, Uzbekistan, to name only a few.[4] In cultures like China where it is imperative that men marry in order to produce sons to carry on the family lineage, this marriage squeeze becomes an imposing issue. Marriage is no longer a sacramental act between two people, but a business transaction. Women become commodities. Since commodities can be treated as less than human, domestic violence is not uncommon in marriages where the woman was purchased.[5] Unfortunately, it is not only women of marriageable age who are bought by men seeking a spouse. A third of the world’s child-brides are found in India, where half of the women marry before the age of 18.[6] We already know from Guilmoto that there are millions of women missing from the Indian population. When there are not enough women to marry, girl children become targets for men seeking a spouse.

Zhang Mei is a victim of the domino effect of gendercide, which leads to women being trafficked for forced marriage. Originally from a poor province in Western China, she was forced to go east to marry a man fifteen years her senior. She was not kidnapped or coerced. Her parents sold her. She is not allowed to return home. Her ability to carve her own future vanished as she became the property of another human, not as a slave, but as a wife.[7]

Not all trafficked women, however, are bought as brides. Many of them end up in brothels or on the streets pimped out as prostitutes. And there is a direct correlation between a lack of women in a community and an increase in prostitution. In an article published in The World Bank Economic Review, two researchers estimate that, given the current sex-ratio trend, the percentage of men in China paying for sex will increase by 2-3 percent in the next thirty years.[8] The study was published in 2009, so in 2017 we are nearly ten years into the expected increase in prostitution. The mushroom effect continues as an increase in prostitution means an increase in sexually transmitted diseases such as HIV. Syphilis, which was nearly eradicated from the area 50 years ago “is now the most commonly reported communicable disease in Shanghai.”[9] Women who were not initially at risk of contracting an STD in their home country or community are exposed after being sold as a wife or prostitute.[10]

An increase in crime is another repercussion of gendercide. If one wanted to know the regions of India with the highest murder rates, they wouldn’t necessarily need to look up the number of people murdered in each region. Instead, they could look at sex ratios. Those regions in India with the most skewed sex ratios have higher murder rates. The correlation between skewed sex ratios and violent crimes is even higher than the correlation between skewed sex ratios and poverty.[11] While it has long been thought that when men outnumber women in the population crime rates increase, a direct correlation has historically been hard to nail down. However, one team of researchers took advantage of the sporadic roll-out of the One Child Policy in China beginning in 1979 and used the data to show that as little as a 0.01 increase in the sex ratio “raised the violence and property crimes by some 5-6%.”[12] When men outnumber the women, the commuity and nation suffer the consequences.

Lyndsay holds an M.A. in Intercultural Studies from Fuller Seminary. She has lived on three continents and has worked in various ministry capacities. She currently writes online content for the Faith to Action Initiative, advocating for family preservation in developing countries.