From a Question to a Calling

Our Journey to End Gendercide in India

In January 2009, my husband Brad and I were living in Chennai, India where I was working as an attorney for an international human rights organization. Throughout our previous year there, friends visited on short-term mission trips and told us that while in remote villages of South India, they learned that baby girls were being killed. That was difficult for us to fathom. We thought—how in this day and age could baby girls be killed without public outrage? Why had we not heard more about this?

So, Brad and some friends of ours journeyed south to explore the prevalence of this practice. When he returned, Brad and I sat across from each other at our little table in our apartment. On a warm January day, under the humming of the overhead fan, he shared with me what he saw and what was ultimately life-changing for us both.

Brad described that in many villages he saw boys running and playing, but rarely little girls. In one village, he detailed how friendly and open the villagers were with him. They were almost unashamed in telling him that in their village, the boys outnumbered the girls eight-to-one (8-1), and that the midwife killed baby girls when they were born. They pointed to an elderly grandmother and said, “That’s the ‘babykiller.’”

Both men and women told him that no one wanted daughters. Daughters were liabilities. Daughters required a dowry when they married. Daughters cost too much. Sons took care of you when you were old. Sons provided for you. Sons brought their wives to care for you. He learned that daughters were murdered simply because they were girls. 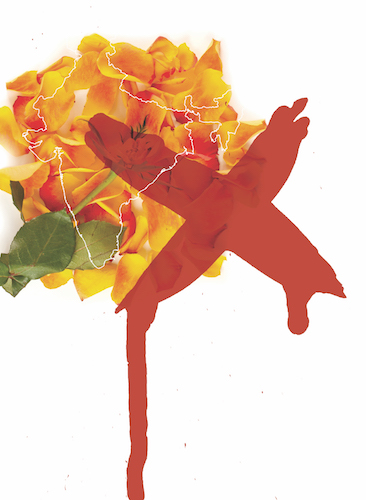 Brad remembered feeling dumbfounded, and then he noticed a young woman who was holding a newborn baby girl. Wondering how this baby survived, he was introduced to the young mother. She explained that she was the 12th daughter born to her parents. In desperate efforts to have a son, her mother became pregnant, had a baby girl, and the parents killed their daughter shortly after birth. Again, they got pregnant, had a baby girl, and murdered their daughter. Eleven times, the mother delivered a daughter, and 11 times, the baby was murdered. Now, at the age of 21, this 12th daughter, now a young woman, had delivered her own baby girl and kept her.

As Brad relayed this story to me, tears welled up in my eyes. I was overwhelmed with the reality that little girls were routinely murdered, with impunity. Deeply impacted by this terrible and universal injustice, Brad and I resolved that day to do what we could to save the lives of little girls in India. Throughout that year, we studied the issue extensively and met many Indians who were working to combat gendercide, but who needed their capacity increased. At the end of the year, we moved back to the States and formalized steps to start Invisible Girl Project (IGP). In 2011, we founded IGP as a not-for-profit organization.

IGP’s sole mission is to end female gendercide (the systematic killing of girls and women) in India. We raise global awareness concerning the loss of female lives in India, because more people around the world must learn of this evil. But, we believe that the discriminatory mindset against females that has existed for thousands of years must change from within the culture. So, we also work with indigenous organizations to rescue and care for vulnerable girls, educate them, and teach them their inherent value. We use social workers to counsel families and teach them that girls are valuable, not burdens. In addition, we seek justice for mothers who are pressured to abort or kill their daughters, understanding that the public justice system in India must work to save girls’ lives. Our mission is consistent with both India’s national campaign introduced by Prime Minister Modi called “Beti Bachao, Beti Padhao,” meaning, “Save the Girl Child, Educate the Girl Child,” as well as the Supreme Court of India’s directives to address the declining sex ratio of girls in India. Invisible Girl Project is the only international, secular, non-profit organization addressing gendercide in this manner.

Through our partners’ work, over 700 girls have been saved and hundreds of mothers have been empowered to protect their daughters. On a recent trip to India, I met one of these mothers, named Shanti.[1] She was dressed in a beautiful green sari, sitting in the humid office of one of IGP’s partners when she shared her story with me. Over two years ago, she became pregnant. She and her husband were excited that they would soon become parents. But, shortly thereafter, her husband and his parents began pressuring her to have an ultrasound to determine whether she was pregnant with a boy. These ultrasounds are illegal in India, but often ultrasound technicians are bribed monetarily into revealing the sex of the child.

Although they were poor—living on less than $2/day, they were able to scrape together enough money to pay for the ultrasound. When the technician told her, “I am so sorry,” she knew she was having a girl, and her husband’s pressure to abort their daughter began. Consistently verbally abused and berated by her husband and his parents for being pregnant with a girl, Shanti succumbed and had an illegal abortion.[2]

Months later, Shanti and her husband conceived again. This time, women in her village noticed her belly beginning to swell. They informed IGP’s partner that Shanti was pregnant and in jeopardy. This partner works in the villages with families that are high-risk for killing their daughters, offering care to pregnant women, and providing social workers to counsel families on the value of girls.

Ultimately, Shanti gave birth to a healthy girl. She was overjoyed to have a baby daughter. But when her baby was just a couple of weeks old, late one night, her husband and his mother, quietly took the baby from Shanti’s side, and sold the baby girl to people in a neighboring state. When Shanti realized what happened, she immediately called our social workers seeking help. Threatened with prosecution, Shanti’s husband and his mother began searching for the baby. Through our partner’s help, Shanti’s baby girl was miraculously found and returned to her.

As Shanti and I sat together in that warm office in India, she held tightly to her baby girl. As tears streamed down her face, her deep brown eyes conveyed both the trauma she suffered and gratitude. I held her hands in mine, and she smiled.

Shanti’s baby girl is no longer in jeopardy. Through IGP’s Child Sponsorship Program, she will live with Shanti and will be given food, a savings account, and an education. Shanti will also be able to take a “cow loan” from our partner so she can sell the milk and earn income to care for her daughter. Our social workers and women’s self-help groups in the villages will also continue to support Shanti. 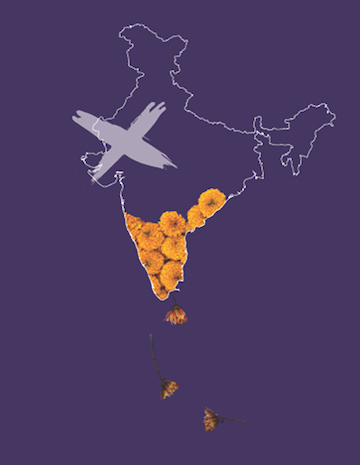 Shanti’s story is one of hundreds where IGP’s partners have intervened to help rescue a vulnerable little girl and empower a mother, no matter their religion or background. We will continue to methodically and comprehensively teach families the inherent value of girls. We will continue to pursue justice to deter gendercide. And, we believe that the culture can change.

God calls His believers to “do justice.”[3] At IGP, we believe “doing justice” includes saving girls' lives and saying that we will no longer tolerate the atrocity of female gendercide in India. Every little girl is created in God’s image. Every life is valuable. Every saved life encourages us further to pursue this mission.

Years ago, short-term missionaries told my husband and me about the babies they learned were killed in South Indian villages. Those missionaries stirred our hearts to begin our journey to fight the evil of female gendercide. With God’s calling, Invisible Girl Project began and will continue to work tirelessly to end gendercide in India, as we are led. I pray today that your heart will be stirred and that you ask how the Lord has called you to “do justice” in this fight to end gendercide.

[2] Sex-determination ultrasounds and sex-selective abortions are illegal in India (Pre-conception and Pre-natal Diagnostic Techniques Act, 1994, and the Medical Termination of Pregnancy Act).

Jill McElya is the co-founder and President of Invisible Girl Project (IGP). IGP’s mission is to end gendercide in India, and it is recognized globally as an authoritative actor in the fight against female gendercide. Jill has spoken prolifically around the US on this issue, including testifying before Congress and being interviewed by major media outlets. Although Jill and her husband Brad were moved by their faith to found IGP, it is a secular organization and works with people of all faiths in India to combat gendercide. She resides with her husband and two little girls in North Carolina.

.(JavaScript must be enabled to view this email address)
invisiblegirlproject.org