Spreading the Word to Know the Truth

I came from a small village in Kaduna State of Nigeria. Orality is a part of who I am, even though I received literate training from Western educators. I “un-learned” my orality in attaining a formal education, but rediscovered it whilst leading a large effort to spread the word about HIV prevention and stigma reduction in Nigeria. When I was working with a non-governmental agency in trying to connect a life-saving message with my people living in the grassroots of the country, orality all came back to me; I remembered how we got important information to oral people in a way that they were willing to listen to and remember it, and then pass it on to others.

Our challenge was to reach a completely Muslim-dominated portion of the country (Kano State) with the truth about HIV and also sow the seeds of The Truth. The principles of orality with which I grew up suddenly made sense. We designed an outreach in Kano State that captured the truth about HIV in a series of recorded messages that could be listened to and discussed in small groups. Here are just a few of the orality principles that made this the most successful HIV/AIDS outreach in my country. 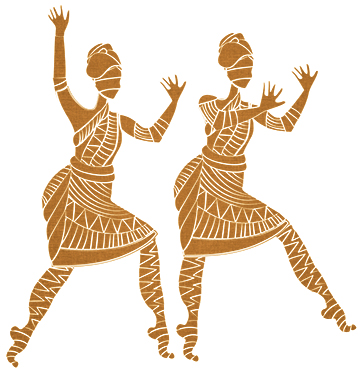 First, we involved local Muslim leaders even in the messages, because for oral people the person who says something is often more important than what is said. We hired a well-known Muslim media personality to be the narrator and even used parts of the Quran that were consistent with the Scriptures to reach Muslims who would normally resist the gospel.

Second, we had to be very sensitive to the cultural traditions, and did so by producing several dramas about a young man and his fiancée who were going through the steps for marriage in that region. We also interviewed and recorded several Christian pastors and imams who agreed with the Bible’s command to love our neighbors.

Third, the language and words we used matched the dialect and diction of the region. We recorded all messages in the Hausa language, but with a northern accent that made the messages easier to trust. We spoke often of “Jesus, the Lord,” but never used the term “Son of God” since we had no time to get into that discussion. Seeds were sown.

Fourth, people in villages love to listen to the radio so we employed the use of MP3 type audio players so that the same consistent message would reach everyone. The media players and contents were shared and discussed with family and friends, but the message quickly spread to the neighboring States. Each player was heard by an average of 20 people, for a minimum total listening audience of over 120,000 people.

Finally, relationships are everything in an oral context and in sharing good news. Our project succeeded beyond our wildest dreams partly because of seeking to reach out with some Muslim friends who shared a common interest—the threat of HIV. Our co-manager of the project was the niece of the Emir. She got his blessing. He called in and commissioned the District Heads, who called the village chiefs, who called the village elders, who called the people of the villages to listen to and discuss the messages. When our team visited the site to evaluate the progress, the children of these Muslim villages came out singing the song from our message about HIV prevention that included “Jesus is Lord.”

If spreading the news of HIV prevention (good news) is enhanced and multiplied by observing biblical principles of orality, how much more the spreading of the Word and His good news!

Bauta Motty resides in Jos, Nigeria and currently serves as Provost of the Jos ECWA Theological Seminary (JETS), earning his PhD in Intercultural Studies from Asbury Theological Seminary. He has been pastoring ECWA churches since 1976, has served as denominational General Secretary and the Nigerian National Director of Voice for Humanity. He and his wife Deborah have four biological and two adopted children. You may contact him at .(JavaScript must be enabled to view this email address).