What does it take to train leaders when they cannot read and write? When most of the world’s Christian resources are made for the literate world, how do we equip the majority? How do we come alongside the vastly growing Church of the world and empower them in the very thing they are most hungry for these days?

In the following pages, a few stories will be shared to illustrate ways that leaders are being equipped. These stories are straight from local indigenous leaders who have shared with me what they are doing to address the needs for leader development in their countries.

Asian Access “A2” National Director from a SE Asian country was conducting leadership training long before he was introduced to A2.1 He developed a simple and reproducible method for training potential leaders to start cell churches. The process included four days of training every month for two years and included things like: studying the Bible, preaching, evangelism, cell church multiplication, doctrine and discipleship. Following every session, they went out and practiced what they had learned immediately on the streets. It’s quite powerful! 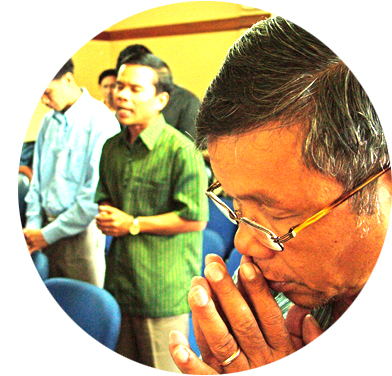 The training began in 1994 with 16 people and now boasts some 3,000 people currently in the program. They have 34 trainers conducting the training and are seeing fruit nationwide.

Seven years ago, an illiterate man was eager to join, and because of his persistence the leader of Asian Access allowed him to participate even though he couldn’t read, write the simple papers, or take the final exam. Despite all of this, he became one of the most successful church planters to have ever gone through the process.

He listened intently to every session and immediately put into practice what he had learned. Within months he was leading a 60-member cell church in the mountains of this country, and today his church spreads virally across the region. Every night his daughter would read to him from the Bible and he would couple that with sermons he had memorized growing up in church. It was stunning to hear the report of this man’s fruitfulness.

A few years ago, he was able to learn how to read and write at a basic level and is now able to read the Bible on his own. However, the power of his story is immense and the success of his church is due to the deep levels of influence he gained from being an oral learner throughout his entire life.

Several years ago I attended one of our “Asian Access’” leadership sessions in Cambodia.2 It was an eye opening experience. The faculty member was impressive, sharing powerful principles with an amazing treasure trove of material for the pastors. He dazzled me from the inception of the session! He provided an array of lists and “how-to’s” that were sure to impress any leader.

However, there was a problem. I noticed that when he would try to break the lectures into interactive sharing times, very few would ask questions or engage the conversation. Given that I was new to the mission, I thought it best to address my questions to the National Director, Meng Aun Hour, later.

When I asked Pastor Meng why people were not engaging, his answer was illustrative. He said that the sessions were built on too many facts, lists and lectures rather than on stories, pictures, and conversational dialogues. The sessions were a blast through a ton of material with very little time given near the end of the lecture to actually have a conversation.

As I went to the streets during the break times, I noticed the pastors beginning to let their guards down. We would play table tennis every afternoon to rest our minds and our bodies as well as create an environment where people could learn from one another. It was here that the real learning was beginning to take place. I observed the interaction to be quite boisterous. Of course, part of that was the competitiveness of the sport! However, the sport also allowed these pastors to open up and begin processing what they were hearing.

It went even deeper late in the nights—long after I went to sleep. Due to jetlag, I usually went to my room around 10 or 11pm. The Cambodian pastors, however, would stay up until the wee hours of the morning. You have never heard such a ruckus. At the close of the week, I asked Pastor Meng what was happening in the evenings. He shared, “Joe, that is when we are deeply processing all that we are learning. It is a better venue for us since the actual sessions are not very interactive.” They would tell stories illustrating life lessons of leadership from their own experiences to process what they were being told. Over cups of tea and bowls of soup, they felt the freedom to share with one another and learn from each other.

A Tree of Life

I learned of this example from a presentation given at the Lausanne Global Leadership Forum in Bangalore, India.3 VisionSynergy, Scriptures in Use and Bridges Training Network—South Asia worked together to empower 15 emerging oral Bible churches to work together and reach a region that included 100 villages.

Tree of Life, the course they developed, can be taught over three or four days.4 During the training participants interact with scripture stories selected to provide a biblical foundation for the importance of collaboration and to present practical partnership principles. The class learns these stories by creating dramas and songs and by retelling the stories. They discuss the stories using simple questions as they develop a model that can be followed in their home villages.

The training ends by challenging the leaders to use these principles to empower partnership among local churches for evangelism and church planting, economic development, community and social development (health, education) and social justice (religious/social persecution) projects.

During the last five years, more than 2,700 leaders have participated in Tree of Life training in India and Nepal. And today hundreds of oral Bible churches in these countries are working together to change their communities based on the partnership principles taught.

These stories illustrate the importance of learning methodology for the development of leaders. Even in the Cambodian context mentioned above, where the leaders are able to read and write, the principles of oral learning are abundant. The reality is that most of us are oral preference learners, even when we are literate! 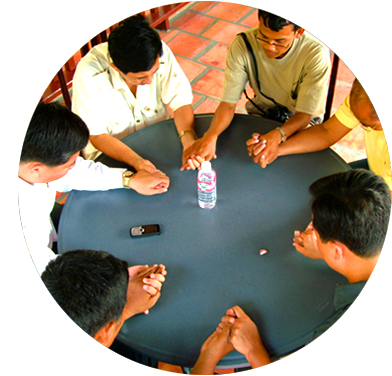 The process of learning in community, sharing life stories, and digging in deeper to uncover truths that are being shared is a key recipe for developing leaders. As one of the A2 faculty shares:

“Joe is the reason I teach with Asian Access, investing in only 12-16 leaders at a time rather than instructing hundreds and or thousands gives leverage and impact. I know that everyone in these trainings influences 30-50 other key churches and they will reproduce what they are learning. Because of the interactive nature of the training, the collaborative learning environment, and the use of stories, food and sport, these leaders will learn far more than several hundred or a few thousand listening to my lectures.”5

Rev. Joseph W. Handley, Jr. serves as the president of Asian Access (http://www.asianaccess.org). Previously, he served as the founding director of Azusa Pacific University’s Office of World Mission and the lead mission pastor at Rolling Hills Covenant Church. Joe has traveled to fifty countries, serving cross-culturally in most of them, and lived in Istanbul, Turkey with his family. You can reach Joe at .(JavaScript must be enabled to view this email address).