I’ll never forget the day I watched my mission professor weep as he told of his first years among the unreached. He explained how billions who have no access to the gospel would remain broken unless more in this generation would respond in obedience and go.

With tears streaming down his face, he looked around the room and asked why so few were willing to leave the comforts of this land to serve the unreached. I drove home weeping and praying, resolved that no comfort in this life would ever be exchanged for following Christ to the ends of the earth.

After serving churches and completing seminary, I accepted the call as a professor, teaching biblical and theological studies to pastors and missionaries on seminary and Bible college campuses. As a theological educator, I watched how worldview and culture shaped theology and ministry.

As I traveled with churches and students, my eyes were opened to the vast world of oral cultures, peoples who communicate entirely through speech, song, drama, epic, poetry, and other forms of oral genre. I learned that of the entire global population (now over 7 billion), only 1.3 billion prefer to learn through literate means.

As I spent time between semesters with missionaries among the unreached, I remembered the tears from my first mission course, only I wondered––once reached, how could new followers of Jesus grow without access to the Scriptures? How could pastors be trained among cultures where literacy is not practiced, let alone preferred?

What could theological education look like among oral cultures? How could pastors learn if they have no access to biblical tools in their language; how could they be taught in a way that an oral learner could listen, understand, and apply the teaching to ministry in oral communities? How could pastors without library and Book grow in faith, plant more churches, and reach the lost of their lands?

Theological education is incarnational. Just as Jesus revealed himself in human flesh, theological education for the Church could dwell among the locals, proclaiming truth through local culture, custom, language, and principle—and all without a single printed page.

After serving Christ through theological education for over a decade, I answered His call and followed Christ to the ends of the earth—to the billions without useful access to, or preference for, the printed page. I followed Him to the billions who live among oral cultures.

Today, I serve leaders among the poorest, hardest to reach people groups on earth, who live with limited access to the written Scriptures. From the seminary classroom to mud huts in the tribal interior, I train pastors in fourth-world cultures in leadership development and community transformation—all with no books.

Today, our partnerships spread the Word of God throughout unreached oral communities around the world, penetrating darkness with the Light of the world.

God is changing communities by giving pastors and churches access to the Word of God through local gatherings of leaders who spread spiritual and physical Good News in culturally appropriate ways. Let me share a recent example of transformation in Africa. 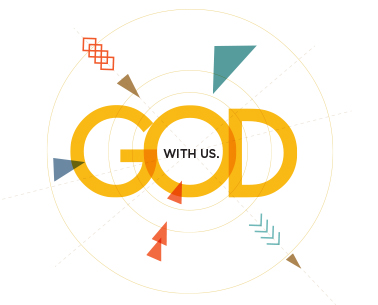 God has a Name

Hours away from the nearest community, this small tribe of unreached and unengaged people had been considered outcasts, separated by a tribal rift that alienated them from family and friends. Four months before, this tribe had never heard the name of Jesus–– they believed in one great god, but they had no idea He had a Name. Men, women, and children prayed to the heavens and shared a common hope that some day someone would come and tell them how God would deliver them from their suffering and pain.

Several years back, in a neighboring tribe, a young man named Thuo heard the Word from God for the first time in his own language. In our program, an indigenous movement of messengers shared life-saving health and humanitarian content alongside of the Great Story of God and how He worked among the nations. Through our pastor training partnership, Thuo’s life, family and village were changed forever. Jesus had transformed his community.

Then, one day Thuo awakened to realize that his neighbors had not been changed. Their children were dying from preventable disease. They had not seen. They had not heard. In a word, he saw they were lost, and he knew he had the Word that could set them free.

When he arrived, he explained his desire for them to see and hear what God had done to heal his tribe. He patiently described the new health they had enjoyed from the news they had heard. Principles on herd management, disease prevention, and new health and hygiene practices changed life in their village. He told them stories of planting crops and harvesting grain. He showed the results of how this news had changed their lives. Then, they heard the songs of creation. He told them the epic Story of God and the covenants. He told them about the prophets. And finally, they heard the story of the Promised One.

Today, they gather together under a tree in a new church plant to hear songs and share narratives of how He spoke and the stars and planets took their shape. They tell one another the stories of how God chose Adam and Noah and Abraham and Joseph and the fathers. Most of all, they tell their children of how God chose them. Today, they worship the Creator, and He knows them all by name.

God transformed Thuo’s community by changing the way we deliver the Word. Thuo didn’t need to move to the city, or leave his village, but the Word came to him in a language he understood.

God is changing lives by changing the way we think about training pastors. Today, Thuo leads a movement of church planters across barren unreached villages with the Word of God in a language each listener can hear and understand. He trains pastors among oral cultures by delivering Life—one spoken word at a time.

I agree with, and am excited about using orality strategies to reach new groups and form more churches within those groups. If the Word is not incarnated, the Bible is just a religious symbol (even if read and discussed).

At the same time, as one who went into an unreached group 16 years ago to develop an alphabet and then translate the Word into their language, I know that without our family’s presence to build realtional bridges, learn how they syncretized previous religion, and then finding capable people to translate the Word into their language, there would not be resources to enable further outreach using orality methods now.

The people did not speak the national language with sufficient understanding. And what use they did make of national language Scriptures was already syncretistic, strengthening their traditional animism under the form of church services. Without taking the years to both build trust and insure a clear translation of the Word (now available on audio, and potentially useable for outreach using orality strategies by those who understand and embrace the message), there would be no way to insure that the message being conveyed through orality strategies is the Biblical message, and not one filtered through their traditional and long‑standing use of syncretism. Non‑literate methods, including signs and wonders, are no doubt needed to break through to a people. Yet, without the Word in their language, there is no way to insure what message is getting communicated, and then also to build the churches to maturity.

While orality strategies are demonstrably important, someone has to also do the hard work of translating Scripture into that language in some form. I know we are talking about two different (not opposing) aspects of the same goals, but I feel a need to remind people of this bigger picture, in the hope that people do not misunderstand that while acceleration is needed, there are no shortcuts, either. There is still a need for long‑term mission outreach. I find that many in the pews are not understanding this. I am also concerned that some energetic and capable young people may miss their call to do this, if it is not voiced alongside these more obvious successes. Harvest is our goal, and is exciting to see in a field. Procuring and sowing the seed in the previous season is not so glamorous, but quite necessary.

LeRoy, thanks for your thoughtful comments. I agree wholeheartedly, and I affirm the work of your ministry to create a written copy of the Scriptures. Trust and clarity are critical for fruitful ministry to take place. In all of our programs we seek healthy relationships with partners who value reliable access to the Word of God, written or oral.

We want to see fruitful, biblical practices yield the multiplication of disciples, shepherds, and churches. And while we fully affirm the discipline and labor of written translation, we want to affirm those servants whom God has raised up to employ oral methods to serve Jesus and witness the expansion of His kingdom through evangelism, discipleship, and leadership development. May we work and pray together to see God raise up servants who will give their lives to spread the Word of God (oral and literate) to the billions who desperately need him.

This is a statement from true disciple of Jesus christ, who want to see fruitful, biblical practices yield the multiplication of disciples, shepherds, and churches.(With tears streaming down his face, he looked around the room and asked why so few were willing to leave the comforts of this land to serve the unreached. I drove home weeping and praying, resolved that no comfort in this life would ever be exchanged for following Christ to the ends of the earth.) God is looking for men/women that will work in his vineyard.

Mark M. Overstreet serves as vice president of T4Global. He partners among oral cultures in leadership and community development. He leads programs in effective multiplication, discipleship, worldview analysis, and contextualization. Additionally, he consults with global organizations in orality, mission, program architecture/evaluation, and strategy.