When an obscure Arab citizen of Mecca claimed to have met a spirit-being in the year 610 CE, the world could never have imagined that this man, under the influence of that spirit, would birth a religion that today numbers about 1.6 billion adherents, twenty percent of the human race.

A hundred years later (711 CE), the followers of Muhammad, in a feat of unparalleled military success, sent armies simultaneously east to the Indus River of modern-day Pakistan, and to the west to the Andalusian Coast of southern Spain.

The Christian churches of the time found themselves living under Islamic regimes which, on the one hand purported to be a continuation of the Judeo-Christian tradition, but on the other, taught doctrines that refuted the heart of the Gospel message: God is not triune Father, Son and Spirit; Jesus is not the Son of God; no one can atone for another’s sin; and Jesus did not die on the cross, but was supposedly rescued by God and taken alive to heaven.

When opportunity allowed, Christians would openly defend their faith. Outstanding examples of this were John of Damascus (c. 676-749) and Ibn Ishaq Al-Kindi (c.801-873). Al-Kindi’s “Apology” is a record of his presentation before the Caliph Al-Mamun, and was translated from Arabic into English in 1881 by John Muir.

It was not until 1143 that Robert Kentenensis translated the Quran from Arabic into Latin under the direction of Peter the Venerable, the Abbot of Cluny.

Francis of Assissi (1181-1226) was granted an audience with the Sultan of Egypt during the Fifth Crusade. They became friends.

Ramon Lull (1235-1315), a Majorcan Franciscan who visited Tunis three times, advocated setting up schools of Arabic so that Christians could discuss their faith with the Muslims in their own language.

Slowly Europe awoke to this challenge and began to translate the Quran into its own languages. Martin Luther wrote the preface to the German translation published in Basel in 1543. Luther also wrote a work on the manners and customs of the Saracens and coached Christians on how to behave if they were taken as slaves by Muslims.

The first English translation of the Quran from Arabic was done by George Sale in 1734. In his preface to the translation, Sale’s description of Islam was polemic.

In due course, European scholars, both Christian and secular, began to study Islam. Their perception of Islam was that it was a religion that grew out of the teachings of one man, Muhammad, over a period of 23 years (610-632) and accordingly called it “Muhammadanism.” In retrospect, the scholars that analyzed Islam during this period from Sale to Muir and beyond were called “Orientalists.”

The approach of the Christian Orientalists up to this time was polemical.

While all of the above was developing in the religious sphere, Western powers were expanding and asserting their rule over other nations, including about ninety percent of the Muslim World. As they did so, there were both secular scholars and missionaries who became fascinated with the comparative study of cultures and languages. These studies gave birth to the academic disciplines of ethnology, anthropology, sociology, and linguistics. 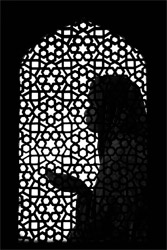 With the birth of the modern missionary movement in the West in the late eighteenth and early nineteenth centuries the question began to stir in the minds of those involved as to how do you look at nations. Are they monolithic entities, or are they conglomerates of several cultures?

By the time of the first Lausanne Congress on World Evangelization in Switzerland in 1974, groups like Wycliffe Bible Translators and the Mission Advanced Research Center of World Vision had compiled impressive lists of ethno-linguistic groups of peoples. This new way of looking at the world, as separate ethnic groups was highly popularized by Ralph Winter’s presentation at the Lausanne Congress.

A short time later, in 1976, a group of mission-oriented scholars gathered at Willowbank, Bermuda, to hammer out a report that called for great sensitivity and respect for the culture and languages of the unevangelized throughout the world.

By this time, the stage was set for new thinking in missions. A shift had occurred from the older discipline of apologetics to indigenization and contextualization.

Also in 1976, at Fuller Seminary, a proposal for a new consultation was drafted by me and Bob Douglas which I presented to the North American Lausanne Committee meeting in Chicago. This was accepted and World Vision was committed to funding it. Out of this proposal a mini-consultation was held in Grand Rapids, Michigan in 1977, led by Ed Dayton of MARC, World Vision, on whether or not to go ahead with a larger consultation. The decision was made to go ahead with a larger consultation.

The North American Lausanne Consultation was held in late October, 1978, at the Glen Eyrie conference center in Colorado Springs. One hundred and 50 people from 26 nations participated. The delegates were chosen on the basis of their specialties: anthropologists, Islamic scholars, mission executives, missionaries and communication experts. Careful inclusion was made of overseas nationals and women, all invited with the proviso that they had responded to several concept papers sent out during the six months leading up to
the conference.

There were two significant products of this consultation. The first was the publishing of all of the 40 papers that led up to the consultation in The Gospel and Islam: A Compendium, edited by myself, and published by MARC of World Vision, 1979. The second product was the formation of the Zwemer Institute of Muslim Studies, based in Pasadena, California, February 1, 1979.

In the Glen Eyrie Consultation, seeds of new ideas and new approaches were sown. Field workers implemented these new concepts in developing innovative approaches targeting the unreached Muslim people groups of the world. Later these practices were blended with church planting and church multiplication strategies that have led to the astonishing harvest going on in the Muslim world today.

Thank you for the history concerning the shift from “apologetics to contextualization” in mission.  It seems we have moved further away from arguing who is right and thus building walls to building bridges from which the Gospel of Jesus Christ and his Kingdom can make inroads into the communities that have traditionally been sealed off.

I believe that is a place for apologetics but I can also see how this approach has yielded little success in winning MB peoples to Jesus.

I also like the thought of new approaches and ideas blending with “church” planting and multiplication strategies.  It would be interesting to hear what “seeds” actually came out of the the “Glen Eyrie” consultation and what they have flourished into today in the fields of the world.

Don and his family ministered 18 years in Pakistan. Upon returning home, Don taught at Fuller Theological Seminary for 7 years. He founded and directed the Samuel Zwemer Institute of Muslim Studies, as well as Ministries to Muslims in order to train Christians anywhere in the world in evangelism and church planting among Muslims. This work has taken him to 65 countries, fi fteen of them being in Latin America. He is the author of numerous books and is a frequent speaker in Perspectives classes. He currently ministers out of Colorado Springs. You may contact him at .(JavaScript must be enabled to view this email address).