In the spring of 2006 I was asked to identify and create strategic initiatives that would lead our mission and its partners to “engage all Muslim peoples with a population over 100,000 by 2012.” As I set out on that task, I quickly learned there was no consensus definition for what the term “engagement” even meant. Thus, it was a real challenge to ascertain which groups were “unengaged” and in need of an effective outreach. Some used the term “unengaged” to describe a people group that was not “adopted” by a church or mission agency. Others applied the term to peoples for whom evangelistic material had not yet been produced. Still others applied the term interchangeably with “unreached” or other important missiological designations. In order to develop strategic initiatives, I decided first to attempt to bring clarity to the term itself and then to submit a simple yet meaningful definition to the missions community at large. Mission Frontiers published my modest attempt in their November-December 2006 issue which brought about broad usage and application of the definition.

As with any approach to sharing the gospel, one must find his moorings in the Word of God. In the New Testament we see the Apostle Paul make reference to what were, in his day, the equivalent of “unengaged” peoples.

“My ambition has always been to proclaim the Good News in places where Christ has not been heard of, so as not to build on a foundation laid by someone else. As the Scripture says, ‘Those who were not told about him will see, and those who have not heard will understand.’” Romans 15:20, 21

Although much can be written about these verses, I’d like to point out three things. First, Paul was absolutely passionate about taking the good news of Jesus Christ where it had never been. In the above verse we see that it was his “ambition,” a strong word in the original Greek used to describe an athlete giving his last ounce of energy to cross the finish line. Second, Paul was utterly convinced and confident that this gospel would be preached to those who have not yet heard. Third, and this is very important, the measure or efficacy of that preaching would be taken from the recipients’ point of view. Look what it says: “they will see” and “they will understand.” Paul was not simply concerned about completing a task or assignment given him by the Lord, he was passionate about how his efforts affected the recipient people.

Cultural anthropologists refer to this as the “emic perspective.”1 This is how we want to view and measure the likely impact of evangelistic activity among all people groups—not only by what we do or think we are doing, but by how our activity is felt by the people themselves. Any truly strategic focus must measure its efficacy from an emic perspective.

I’ve often been asked to speak on “engagement”—what it means and how the missions community has applied the concept. When I do, I like to use the illustration of a “plumb-bob.” A plumb-bob is a tool used by carpenters to determine a straight vertical line. It happens to be one of the simplest tools in the carpenter’s box. It is simply a string with a weight tied to one end. Holding the string with the weight dangling at the bottom will give the carpenter his desired straight vertical line. From that line he is then able to build a wall or even an entire house should that be his objective. 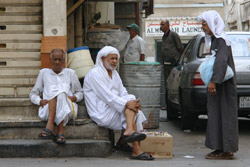 The criteria for defining effective engagement has acted in many ways like the plumb-bob. Dropped into the sea of literally thousands of unreached peoples, the criteria has given us a way to identify and highlight those groups yet to hear the gospel at least once. It has also created a category called “under-engaged.” That being simply defined as a people group with only limited access to the gospel.2

The need for more workers among those people groups which are under-engaged can and should be recognized in our recruiting and deployment priorities. In the case of at least one sending agency, application of a strategy focused primarily on the unengaged has not only resulted in new workers deployed to the “back of beyond,” it has also increased the number of workers being sent to the under-engaged. By focusing on the unengaged this sending agency has achieved a “both/and” increase in workers going to the field.3

Applying the criteria has resulted in the creation of lists of peoples that are unengaged. For better or for worse, these lists have sparked discussions and debate as to just who the unengaged are and what is the best way to go about measuring or defining them. The lists have also been used by mobilizers and sending agencies to aid in developing mission strategies. For a variety of strategic reasons, I have worked closely with the International Mission Board (IMB) in applying these criteria to Muslim groups around the world. The IMB’s list can be found at: www.peoplegroups.org.

As we have evaluated people groups by, among other things, listening to the field practitioners, we have had to apply not only the definition of engagement but also other standards to our work. Perhaps the best way to present how we go about identifying and categorizing people groups is to work through some frequently asked questions. I hope this is helpful.

Some questions and answers about how these terms are being applied.

Q: What if a team goes to the unengaged and is on the field for 2 years and then goes home—does this count as having engaged a people?

The impact on the unengaged list would be an initial reduction in the number of PGs still unengaged, but if that only apostolic effort left the people group, we would then add it back to the list of unengaged.

Q: Is a people group considered engaged if there is one believer on the ground working? At what point does this people group move off the “unengaged” list to the “unreached” and so on?

The determination of engaged or unengaged is made by field practitioners. We have discussed our “standard” for engagement with them, and they then apply that standard to their context and give us their read on whether or not the people group is engaged.

Q: What about “national” or “global south” efforts to reach out to the unengaged? Does their activity get factored into determining a people group’s status?

Absolutely! We are not measuring Western activity only. What we are trying to evaluate is if and how the gospel is impacting all peoples. Remember, we try to look at things from an “emic” perspective.

Q: As you determine which groups are unengaged, do you consult field practitioners from multiple agencies and churches? What about the nationals?

We have and will continue to check with any and all like-minded field practitioners regarding the status of a people group. We canvas field workers for their input on every people group on the list. If you would like to be in on this vital conversation, please contact me.

The current system of “counting” and keeping track of engagement is based in a large part on the Homogeneous Unit Principle (HUP). We have agreed that this method, though appropriate for many contexts, does not completely address the wide milieu of humanity confronting the Church today. This is particularly true when looking at large urban centers such as Karachi, Cairo, Kolkata and many others. When trying to ascertain where effective engagement is happening and where it isn’t with regard to “urban stews,” perhaps we should put cities over a certain size (or cities sufficiently homogenized) into an “other” category—outside the HUP. Then we could present an analysis based on population per “apostolic effort.” This is a thought we’ve had about how to address this situation, but the process is still in development. What do you think?

Q: What about access to the gospel? It seems to me that some of the larger people groups can be considered “engaged” by a relatively few number of workers. Yet there may be millions of persons covering thousands of square kilometers without any practitioner resident among them. Shouldn’t we look at engagement through the lens of “access points”?

As I have mentioned, applying the criterion for engagement has certainly brought to the fore those groups which are under-engaged. I see this as a good problem, one that will hopefully spawn effective outreach and tracking strategies.4

We read in Isaiah 26:8: “Yes, LORD, walking in the way of your laws, we wait for you; your name and renown are the desire of our hearts.” Paul echoes this same passion in Romans 1:5, “Through him and for his name’s sake, we received grace and apostleship to call people from among ALL the Gentiles to the obedience that comes from faith.” Like Paul we crave the “glory of His renown” as far and wide as possible. To that end may there be no people group without a viable witness to His renown!!

Jeff Liverman is the Director of Strategy Coordination for the mission agency Frontiers. He and his wife Cookie have served on several fields and have been on staff with Frontiers since 1985. You may contact the author by email at: .(JavaScript must be enabled to view this email address). You may learn more about the work of Frontiers at www.frontiers.org.