A Call for Reaching the Under-Engaged

In recent years, a great deal of attention, energy and resources have been dedicated to engaging unengaged unreached people groups (UUPGs). Certainly, joining hands to engage the unengaged is a critical task in making disciples of all nations. Can you think of any reason why an entire people group should be denied an opportunity to hear the gospel? I can’t. That’s why the task of engaging the unengaged is so important.

As critical as embracing and engaging people groups is, what happens from a mobilization standpoint when a people group is engaged and removed from the UUPG list? When this happens, a people group appears to fall from the “Great Commission” radar screen. Critics of the priority placed on UUPGs agree that UUPGs need to be engaged, but they have a hard time with removing a UUPG when only one team is engaging the people group, especially since engagements can be short-lived.

Engagement must be maintained with purpose—to make progress toward establishing churches among the engaged and providing resources to the extent that local believers will be able to continue the task of evangelizing their people without assistance from the outside. In other words, the goal of the engaging team is to reach the people group they are engaging so that the people group will mature in Christ and join in the Great Commission to make disciples of all nations.

I say it this way:

we embrace people groups in the love of Christ

to engage them with the claims of Christ

to establish them in the body of Christ

to enlist them in the mission of Christ.

This article focuses on engaged unreached people groups (EUPGs).1 These may be newly engaged, under-engaged,
or effectively engaged. With this in mind, let’s focus on the local engaging team.

It is the local engaging team that says to the rest of us, “We have them. They’re on our radar screen, we’re tracking them, and we will see them home.”

Can they say this? Can one team—a very fragile team among so many—really say this? Have you been on such a team? Did your team really intend to commit to bringing a whole people group home to the Father? That’s a tall order.

To those fragile teams, we start by saying that we have a task. The rest of us are praying for you and many are working to provide resources so that your engagement is fruitful and you can get on with establishing churches. 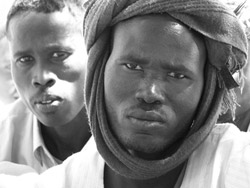 You are not alone in your engagement task. As you engage, God supplies local believers, and the team grows. The team matures as local believers grow in Christ and provide new strategic insights for reaching their people group. As your team plants churches, each generation of churches leads to another. Their joy compels them to multiply their witness to many. Those people you are engaging begin to engage with you; it is those very people you are engaging that begin to pray and provide for the needs of your team, even as they see the harvest emerging. You are not alone.

Engaged or Unengaged—
That is the question!

It has always been my ambition to preach the gospel where Christ was not known, so that I would not be building on someone else’s foundation.21 Rather, as it is written:
“Those who were not told about him will see,
and those who have not heard will understand.”

Certainly, Paul engaged unengaged unreached people groups. He was a pioneering apostolic missionary. He was careful about team composition, and he was always adding people to his team, plugging them in, leaving them in place, and sending for them. But, he didn’t put together large teams because his focus was training and mentoring local believers, commending them to the Lord to finish what had been started.

Whether unreached people groups are unengaged or engaged, there is plenty of work to be done without building on someone else’s foundation. Some organizations and churches are called to a pioneering apostolic ministry such as Paul’s. Others are called to come alongside pioneers to join them in building and extending a foundation for the gospel while appreciating that there is already someone who has established an engagement presence and can offer structure and guidance for their team.

Regardless of whether your organization or church is called to engage a UUPG or join a team already engaging an EUPG, team capacity grows as engagement gets underway. God will bring workers to the team; perhaps your church will join one of those teams, increasing their potential to succeed in their task.

Tool-belt for an Engaging Team

Today, there are only a few UUPGs without engagement tools. Although UUPGs don’t have engaging teams, they often have other tools—Bibles, cassettes, radio broadcasts, etc. The engaging team will want to pay attention to what tools are available that can be used in their engagement strategy.

All EUPGs have engagement tools because they already have an engagement team! Additionally, they are more likely to have Bibles, cassettes, radio broadcasts, etc. Engaging teams need to use available tools and develop others that will increase the likelihood that the people they are engaging will understand and accept the gospel.

What tools are available?

Quite a few tools are available for those who want to help engage a people group. Let’s take a look at how to access what we know:

1. Open a listing of unreached people groups. Go to www.peoplegroups.org; click on the link that says “View GSEC Monthly Reports;” download the “GSEC Listing of Unreached People Groups,” and open the file.2

2. Filter Column I (Evangelical Engagement) for either “No” or “Yes.”

a. If you filter for No, you will have a list of UUPGs.

b. If you filter for Yes, you will have a list of EUPGs.

a. If you are looking at a list of UUPGs, regardless of the tools available, all of the people groups on the list need a pioneering apostolic team. Without a team to implement a church planting strategy, any resources available may be left on some shelf without ever reaching the ears and hearts of your UUPG.

b. If you are looking at a list of EUPGs, you are already blessed with a team that is implementing a church planting strategy, and the resources that have been developed are available for your use. The engaging team will be able to tell you more about the suitability of these tools.

If you have any questions about how to access these tools, write the Global Research Information Center: [email protected].

Jim Haney is Director of Global Research, Offi ce of Global Strategy, IMB. Jim and his wife Donna served in Nigeria and Ghana for 18 years before moving to IMB staff in Richmond, Virginia. You may contact Jim for more information at: .(JavaScript must be enabled to view this email address).