Mobilizing People to Reach Their Own Society's Nomads

In my first 15 years of fieldwork in Latin America, I came to understand that the ultimate task of missions is best carried out on the shoulders of well discipled local Christians. When my family and I arrived in Outer Mongolia in the late nineties, we went without any adjutant team members.  This was by design, as I was determined to connect and work closely with local believers to see God’s purposes fulfilled. My family and I were in for some big changes in our new home. The cultural changes alone were huge. But the sociological and missiological lessons that I was to learn in moving from ministry in a sedentary Latin culture to an Asian culture built on nomadic values were to prove priceless and exciting.

Throughout Africa, the Americas, and much of Asia the relationship between mobile people groups and sedentary ones is at best tense, often antagonistic, and sometimes even violent. Differences between how the groups utilize resources produce humanly irreconcilable conflicts between them. When they come into contact, usually the more financially powerful, better organized sedentary groups will decide that they want to control the resources that mobile people use. Land and water of traditional grazing grounds become important to the sedentary group as it grows. The mobility of the nomads and the freedom that this affords is perceived as a threat to the stability and security of the sedentary group. Nomadic communities are commonly marginalized, too often corralled into enclaves built by people who neither understand nor care about their history, culture, values and way of life. The effect of this practice on nomadic groups is brutal. 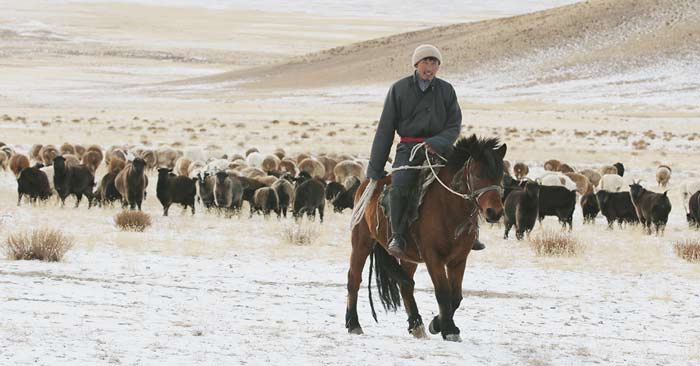 The walls that these tensions erect and the conflicts that they precipitate present special challenges to the work of missions where nomadic people live. Many see these conflicts as an insurmountable obstacle. I see them as an opportunity to teach and practice the ministry of reconciliation. Central Asia presents an especially fruitful place do this, but the principles are applicable nearly universally with proper tutelage.

Most of the Central Asian republics are built on a history of nomadism. In most other regions of the world where nomadic groups live, they are seen as oddities existing outside of what more powerful sedentary groups consider “the norm.” Central Asian cultures generally find identity and solidarity in their nomadic heritage.

Arriving in Outer Mongolia, it was clear that the work of the gospel had prospered much in the urban centers. In spite of much accompanying preliminary evangelization in the countryside by the missionaries and urban churches, we could find no instances of strategically focused long-term discipleship work that would lead to establishing a fully nomadic church. I began to develop a strategy for accomplishing this. As new residents of Mongolia, we had joined an existing urban church. Eventually, what was possibly the first fully nomadic church to be established in Mongolia was done on the shoulders of this indigenous church that was comprised of sedentary urban denizens of a major metropolitan center.

As our strategy developed, it became clear that one of the greatest challenges in employing the urban church was convincing them that this was a cross-cultural outreach. A long-time expat Christian worker shared his view that the cross cultural jump was going to be easier for foreigners than for urban Mongol believers because the Mongols were crossing an invisible boundary, one of which they themselves were unaware, the existence of which they might have a difficult time believing or even acknowledging. Even though they were to be ministering to fellow Mongols who spoke the same language, shared the same history and heritage, they really were going to be ministering in a cross-cultural context because of the way their sedentary urban lives had altered much of their way of dealing with the world. 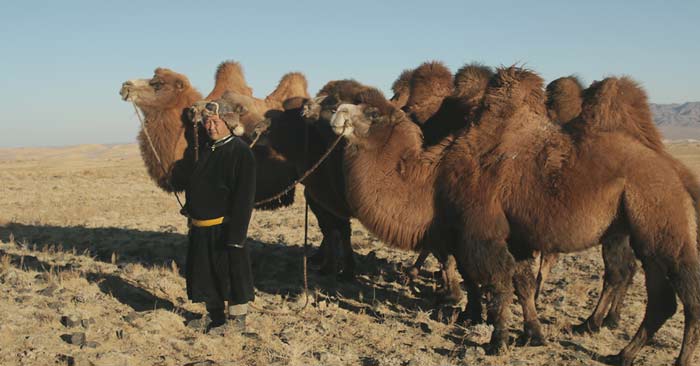 Cooperating with our urban home church, outreach efforts began through connections with nomadic families in the countryside. The vision for reaching this nomadic community grew in the urban church. As it took shape, the church’s leadership bought into the idea. The church was closely engaged and carefully taught by deed and instruction. Members of the urban fellowship who had a heart for ministry and willingness to humbly engage the nomadic community came alongside. Instruction regarding pertinent aspects of cross-cultural relationships and ministry were discussed and these Mongol believers began to understand that a true cross-cultural opportunity to minister was before them.

Initially, an older widowed man who had lived most of his life as a herder was instrumental in helping to meet families, develop relationships and school us outsiders in the essentials of nomadic etiquette and culture. As the nomadic outreach developed, urban believers were involved at every step. The urban fellowship was encouraged to take an interest in the lives of both the individual nomadic believers and the corporate church. We developed outreach opportunities. We took care to make sure that the nomadic work was never perceived as a simple evangelistic project, or even a “daughter” of the urban church, rather it was presented as a growing younger sister church. As both bodies of believers matured, the relationship between them broadened and deepened.

For me, the most difficult phase of the development of the nomadic church was the separation of outside leadership from the believing nomads. In its initial phases of growth, I had worked closely with an urban church leader, serving together as co-pastors of the work. We both loved (still love) everything about the work and our nomad brethren and neither of us were willing to leave; however, at divinely prescribed times both of us were removed from our positions of influence within the body, forcing the leaders in the nomadic community - with the support of the urban church - to rise to the call of ministry. This was a painful process as doors that we both wished to remain open were closed to us, but the Lord directs our steps.

I endured a divinely imposed five year exile from Mongolia, receiving only occasional news in generalities about the status of the work and the health of the believers. In 2014 I was finally able to return to Mongolia and see our children in the faith. Sitting at a small cafe in Ulaanbaatar, I heard how the nomadic church had grown and deepened its faith roots. I heard how men and women whom I’d helped disciple years before had grown into leadership and developed spiritual gifts. These wonderful testimonies of the work of the Spirit were shared with me by the pastor of the urban church who had worked closely with the nomadic fellowship since its inception.

Now, over eight years after the departure of the last non-nomadic workers who were directly involved with this endeavor, both the urban and nomadic churches continue strong, growing in grace, effectiveness in ministry and numbers. They have a lovely and powerful ministry, have developed a mutually beneficial cooperation and have become, together, effective ministers of reconciliation.

The Ministry Of Reconciliation

In 2 Corinthians 5:11-21, we see that first God reconciles man to Himself through Christ, then as those who have been reconciled to God come to know the fear of God and the love of Christ, we are constrained and compelled to persuade others. The message of reconciliation has been entrusted to us, the church, as ambassadors of Christ, God making his appeal through us.

The “us” referred to in this passage is as much the growing national church as it is the foreign workers. Perhaps, in some ways, it even refers more to the national church than to the expat workers as the work of reconciliation is one that takes place in the deepest places of the hearts of men and women.

Often there is a deep need for reconciliation between sedentary and nomadic groups in a region or a country. Because of the historical appeal of nomadism in Central Asian culture and history, helping sedentary urban believers on the Steppes reach their nomadic neighbors, while not without challenges and obstacles, has proven to be especially effective.

In other places there are greater challenges to enabling groups of believers (where there have been perhaps generations of bad blood) to reach out to nomadic people groups. However, if God has given us (all believers, missionaries as well as newly developing churches) the ministry of reconciliation, and if knowing the fear of the Lord, we are compelled to persuade others across cultural and ethnic boundaries, through histories of hostility and distrust, then the work of the Holy Spirit in the power of the gospel will enable us (all of us) to carry out this ministry in Christ Jesus.

S. Clement and his wife have spent nearly 30 years in ministry, 25 of these in foreign missions work. Of those 25, 15 were spent in eastern Mexico and 10 were spent on the steppes of Outer Mongolia, working with a national Mongol fellowship to establish what by all accounts looks to have been the first fully nomadic local church in the country.  Now, having resided in the US since 2008, the Clements are setting their sights on the foreign field once again, looking to begin a new discipleship and teaching ministry in northwest Mexico.