What is a Nomad?

I was talking to a colleague who works among a nomadic tribe in Sub-Saharan Africa recently.  “This group are nomadic because they don’t have a consistent water source.  If we can solve that problem, then they would not be nomadic, and if they are not nomadic, we will have so many more possibilities for sharing the gospel with them”, he reasoned.

This view raises so many questions at so many levels, but the issue I want to address here, and which is perhaps less obvious, is our understanding of nomadism. 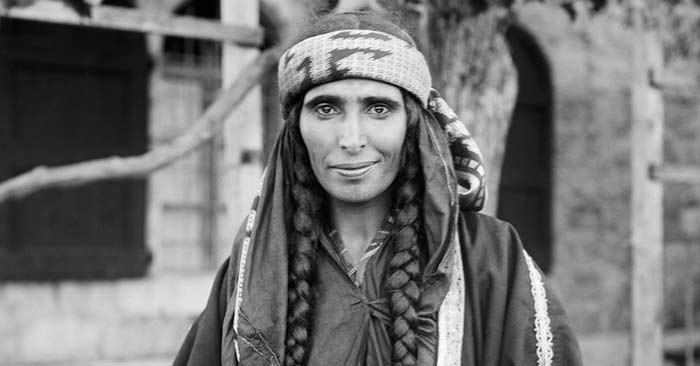 Fundamentally, what is a nomad, and why is that significant?

It is important to understand that nomadism is not simply defined by mobility—though mobility is a factor as we shall see—but rather by worldview.  This means that not all who are on the move (migrant laborers and refugees, for example) are nomads.  It also means that some settled peoples are, really nomads.

Seem like a contradiction?   Here we briefly look at four key characteristics of a nomadic world-view. But before that we will survey three types of nomadism in our world.

When we think of nomads we may think primarily of pastoralists: those that herd sheep, cattle, camels, yak, reindeer, or other animals.  Bedouin in the Middle East, Kyrgyz in the High Pamirs, Sami in northern Sweden, or the Samburu in East Africa are good examples of pastoral nomads,  people that live and move with their animals, and depend on them for their livelihood.  The hundreds of pastoralist nomadic groups in the world represent the most common form of nomadism.

The third type of nomadism is peripatetic , or “service nomadism”—that have a certain skill that traditionally they would offer in a symbiotic relationship to the settled communities near where they settle for a season or longer.  They may be horse-traders, artisans, copper-smiths, or have a whole range of other skills and services.  Traveler communities in Europe are historically a good example of these peripatetic nomads.

We were sitting in a tent in a Middle Eastern desert.  My friends had moved here recently because there was better grazing for their sheep and goats. Some of their tribe had settled in villages a couple of hundred kilometers away; others moved between the village and tents, depending on the season.

The sun had set, the animals had been watered, and we were drinking sweet tea as we talked.  Bedouin are known for their hospitality, and, as well as experiencing it, I wanted to deepen my understanding of it.  “Do you always extend hospitality?” I asked.  “Are there any circumstances in which you wouldn’t extend it?” The answer was clear: “If anyone comes to our tent they are our guest and we treat them as such.  We are responsible for their protection and their well-being.”

I probed further, “Say someone had killed your cousin, and then came to your tent?  What would you do?”  Again, there was no hesitation, “If someone had killed our cousin, then they would not come to our tent. But if by mistake they did, the moment they enter they are under our protection from anyone else, including other tribes, the police, and the authorities.  We are Bedouin.  We are not like those farmers and city people.”

“Even though he has killed your cousin?” I confirmed. “Yes, that is right.  After he has left our tent we will give him three days.  Then we can track him down and kill him to avenge our cousin,” they replied.

We sipped our tea and then one of the brothers said, “Actually, there is one situation in which we would not extend hospitality.  If one of our tribe were in a position of shame [by which he meant that someone’s daughter or sister had been accused of sexual impropriety and they had not ‘dealt with it’ by either killing them both or by coming to some settlement with the accused man’s family] and if he entered our tent, we would fill a coffee cup, as we do with all guests, and then pour it onto the ground in front of him.  And we would do that every time, until he has dealt with the shame and restored the honor and reputation of our tribe.”

This conversation illustrates the key aspects of nomadism.  The details will vary for every nomadic group. I am not suggesting that all nomads are like Bedouin or would want to be considered so, but all nomads share these features:

Nomads belong to a clan or tribe; they do not stand as  individuals. Their identity and security is tied to their clan, their allegiance to that clan, and the moral codes of that clan. The moral codes and the expected behavior will certainly vary greatly from tribe to tribe, but to be a nomad is to belong to a tribe and not to stand as an individual.

A nomadic tribe or clan is presently or has recently been in an environment that is insufficient to support them and their chosen livelihoods over a period of years or seasons.  The nature of economic activity means that they need to be mobile, or at least that mobility needs to remain an option.  Most nomads are not single-resource nomads, and it may be that some members of a tribe are mobile and others are settled, which better serves the tribe overall.  The key here is not whether they are mobile or not at present, but whether their ancestors were and whether a mobile lifestyle remains an option.

Autonomy is a high value for nomadic tribes. They value their ability to make their own decisions vis-a-vis the nation-state and other communities around which they live. This might bring tension with farming communities for pastoralists, or  with town communities for peripatetic nomads.  Nomads often have very little loyalty to a nation-state.  Indeed, because it is such a high value, some would argue that nomads choose a mobile lifestyle in order to maintain their autonomy, rather than their autonomy arising from their mobility.

Different from Everyone Else

It is these four characteristics that make nomads, nomads: the tribe, mobility as an option, autonomy, and their view of themselves vis-à-vis other communities.

My colleague’s comment that if only nomads would settle they would be easier to reach falls at many levels.  The tribe he was referring to is nomadic, not simply because of their mobility, but because of the way they see and interact with the rest of the world.  That will not change, whether or not they are settled. This is what we need to come to grips with. Our sedentary gospel strategies will not work amongst nomads. We need to re-think our approaches.  We are the ones who need to change for the sake of the gospel.  As long as we seek to make them fit our way of thinking and behaving in order to win them to the gospel, they will understand that the gospel is not for nomads.

James has been serving with OM in the Middle East for 17 years, mainly focused among Bedouin communities.  James has a PhD in Bedouin life and culture.