When They Don’t Show Up

One sweltering afternoon in Niger’s hot season, I responded to a knock at my gate to find two young men from my favourite village. I didn’t know them, but they knew me! After the usual greetings we sat down in the shade and they told me they know I tell stories about Jesus.

“Will you teach us about Jesus?” they asked. Their boldness surprised me.

“Tell me why you ask that question.”

“We have heard some stories about Jesus on the radio,” they said, referring to a daily broadcast on a local station. “Lots of people in our village—maybe 40 people—want to know more. We want to understand. But there is also opposition, so we don’t want you to come to us. That would cause problems. So, can you teach us about Jesus so that we can go home and teach our people?” 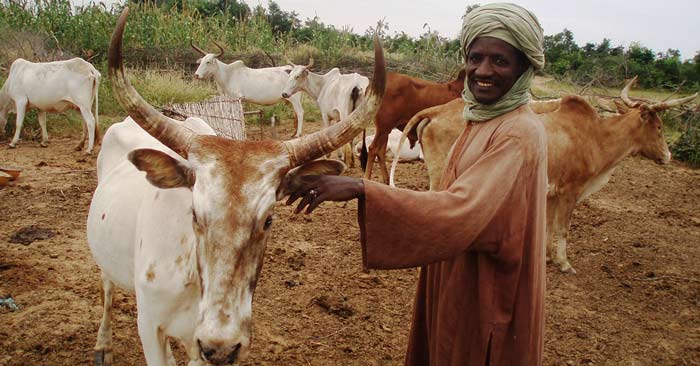 Wondering if I’d heard correctly, I readily agreed and we decided on a day to meet. I was excited! I have prayed for that village for over ten years. Many nights I pitched my tent there and sat around the cooking fires visiting with the villagers. I remember sitting alone when everyone had gone to the mosque for evening prayers, praying with tears streaming down my face, begging Jesus to come and make himself known to my friends there. And now these two young men were coming to me. What an answer to prayer!

They were back on the appointed day to learn the first stories that they would then tell the others. Both of them could retell a story after hearing it only once, and caught on quickly to the discussion questions. I felt good about their ability to pass on what they were learning.

The following week they came several hours late, but their enthusiasm quickly enabled me to forget their lateness. The third week they came on the wrong day. It wasn’t convenient for me, but I shuffled things around and enjoyed my time with them.

The next week they didn’t show up at all. I called and they said they were coming, but they didn’t. Same thing the next week, and the next. And I haven’t seen them since.

What went wrong? Was it my accent, my errors in their language? Did I offend them with some cultural blunder? Or was it something in them that kept them from returning?

This was not the first time something like this happened. People frequently fail to show up for scheduled meetings, sometimes with seemingly good reasons, but often not! One day I was talking to a Fulani friend about it after he told me of someone not showing up when they said they would. “That’s the way it is,” he said with a laugh. “We’re nomads!”

I just smiled along with him, but I was thinking, “No you’re not! You’ve lived in the same village your whole life! You live 100 meters from where you were born!” 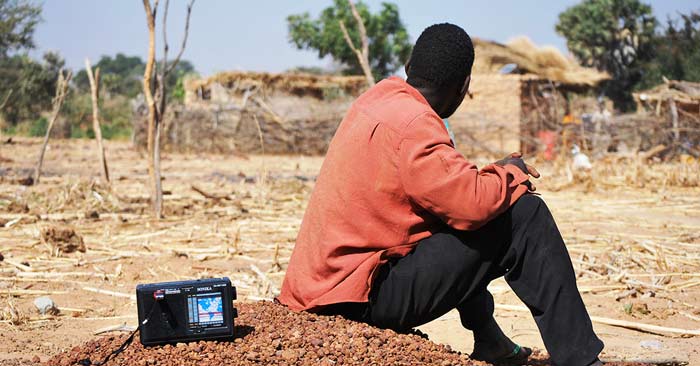 I work with the Western Fulani of Niger, a sub-group of the very large Fulani people group spanning about twenty African countries from Senegal and Guinea in the west to Kenya and Ethiopia in the east, and numbering over 15 million, nearly all of them Muslim. Historically they are pastoral nomads, migrating across the plains in search of water and grasslands for their cattle. Over the years, drought and other factors have led many of them to settle and plant crops, establishing permanent communities.

It seems like a contradiction to call people “settled nomads.” But that is how I would describe Niger’s Western Fulani. They still have their herds, which play an important role in their lives and culture. Young boys look after sheep and goats, returning to the village most nights. But it’s different with the cattle. Young men will be gone from home for months, returning only in the rainy season when there is adequate food and water for their herds. Older men frequently make visits to their sons and nephews tending their cattle in other countries. The community itself doesn’t move, but they have the mentality of nomads. Many times I have heard Fulani people refer to themselves as such. Who am I to argue?!

And where does that leave me, trying to meet with people who regularly disappear, whether they are tending animals or not? I have discussed this with other international workers among the Fulani, as well as some Fulani lay-pastors, and we all have faced the same frustration. People seem interested in hearing the gospel, in discussing stories of the Bible. But, in spite of their enthusiastic words, they simply stop gathering. One Western man who has spent nearly thirty years among them summed it up by saying, “They’re Fulani. No one tells a nomad where he’s supposed to be!”

It is certainly oversimplifying things to say that this would be the only reason, or even the primary reason, for people to inconsistently attend meetings they claim to want to be at. Illness, poor weather, work, persecution, family responsibilities, etc., all enter the equation. But if it is true that the nomadic mentality fights against making regular commitments (or pretty much any time commitments for that matter!), it adds another obstacle to them coming to faith in the Lord Jesus Christ and to growing to maturity as believers.

There is a group of about twenty Fulani men who follow Jesus and call me their “pastor.” They have chosen Wednesday mornings as their time to gather for worship, including prayer and Bible study (in oral format centred on stories from the Word). But it is rare for more than eight of them to be there at once. Sometimes only two or three come. It is tempting for me to reprimand those who return after a long absence, as if they were naughty schoolboys. But these are mature men in their 40s who aren’t looking for a lecture from me. My ranting would do nothing to change their behaviour anyway! Instead I am trying to be encouraged that they show up at all.

It’s also tempting for me to give up, to conclude that they aren’t really serious about learning the Word and only show up when they want to ask me for money (which isn’t true, but it can feel that way sometimes!). I think it’s important for me to persevere, to be well prepared for our meetings and do my very best to help them learn and apply God’s Word. Rather than being disappointed by the fourteen who aren’t there, I try to celebrate the six who are. I want to be available to meet with them and pray when they have challenges and questions. But if they only hear one Bible story every few weeks, how will they ever have a reasonable grasp of what the scriptures say?

This is where audio can be a great asset. In addition to daily radio programs that many of them receive in their homes, books of scripture, teaching and music can be recorded and distributed on USB keys, SD cards, smart phone apps, MP3 players, etc., making the Word available to people wherever they may wander. A man far from home, leading his cattle to water, can listen and learn God’s Word on a solar-charged MP3 player. Learning in isolation cannot replace being in a community of believers, but it certainly is a valuable tool on the discipleship road.

Hama has been following Jesus for nearly five years. With about a 50% attendance rate, he is one of the most faithful at our meetings. And he often stops by to see me at other times, frequently telling me of others with whom he has been able to share the gospel. Six women in his household (including his two wives, his mother, and a widowed sister) also believe. But it’s too far for them to come to our meetings. And I rarely see them because my presence in their village draws attention that none of us want. Hama shares with them what we talk about, but he also has a solar MP3 player which he uses to learn the scriptures himself and to share with these women. My job is to equip people like Hama who can be where others are without set meeting times.

What about those two who so keenly asked me to explain to them the road of Jesus and then disappeared a month later? I don’t know! I cannot chase them down or force them to listen. But I can continue to pray for them and be available should our paths cross again. And I rest in the knowledge that the Good Shepherd, who laid down his life for his wandering sheep, will bring them into the fold.

Lisa M. Rohrick grew up in Canada and has lived in West Africa since 1999, first in Benin and now in Niger (since 2004). Her primary tasks focus on evangelism and church planting among the Western Fulani.