A Race You Won’t Want to Miss

In my twenties, I (Jeff) was an elite distance runner with Nike. In 1982, I traveled from Oregon to run the New York City Marathon. I had trained for months, running 100 miles a week and pushing my body to its limits. However, on the day before the marathon I got sick. I missed the race!

In 1 Corinthians 9:24, Paul used the imagery of running for the real race of reaching lost people with the gospel. “Do you not know that in a race all the runners run, but only one receives the prize?” (1 Corinthians 9:24). At the end of his lifetime, Paul confidently declared, “I have fought the good fight, I have finished the race, I have kept the faith.” (2 Timothy 4:7). Don’t we, as Jesus’ disciples, want to say the same thing? Friends, don’t miss this race! 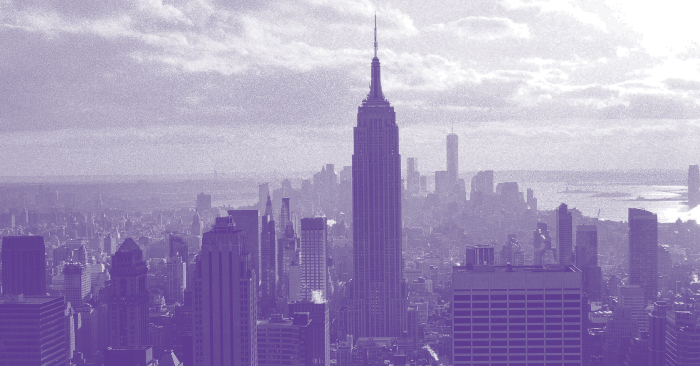 Jesus fired the starting gun when he declared: “All authority in heaven and on earth has been given to me. Go therefore and make disciples of all nations, baptizing them in the name of the Father and of the Son and of the Holy Spirit, teaching them to observe all that I have commanded you. And behold, I am with you always, to the end of the age” (Matthew 28:18-20).

The early church picked up Jesus’ challenge and jumped in the race! The book of Acts traces the remarkable story of the gospel spreading from a small band of Jewish disciples in Jerusalem until it spread throughout the Roman Empire and became an international church. This is an amazing story of disciples making disciples, churches planting churches, and Spirit-empowered, prayer-infused, gospel-centered movements.

When we see what God is doing around the world today it feels like the book of Acts. In recent decades we have seen an unprecedented global harvest of disciples making disciples and churches planting churches as movements have multiplied throughout various regions. Yet much of the global church remains oblivious to this great work that God is doing in our own day.

In May 2017 I attended a gathering in Britain of 30 experienced mission leaders who for decades have been involved with Church-Planting Movements around the world. We gathered to explore the task of engaging every unreached people with a kingdom movement by the year 2025. This 24:14 initiative takes its name from Matthew 24:14, where Jesus defined the finish line for the real race: “And this gospel of the kingdom will be proclaimed throughout the whole world as a testimony to all nations, and then the end will come.” That’s the finish line Jesus Christ had in mind when he called us to the starting line in Matthew 28:18-20.

The gathering in Britain sparkled with vigorous discussion, fervent prayer and a unified confidence that God is doing something in the world today that demands our attention. Yet in the midst of stories of amazing movements around the world, researchers sobered us. Globally the kingdom is losing ground; gospel advance is not even keeping up with global population growth. If we are going to reach the finish line of Matthew 24:14, we clearly need to see a proliferation of rapidly spreading, book-of-Acts-like kingdom movements around the world.

During the gathering, one question began to loom large in my heart: How can we mobilize the local church for this great race that God has called us to? Many pioneering mission leaders and influential mission organizations are enthusiastically on board, but this calling is not just for a select few. We need pastors and churches around the world to lock arms with us. The local church is at the epicenter of God’s plan for our day. Missions started in the book of Acts with the local church, first in Jerusalem and then in Antioch. So it is biblical for the local church to be in the thick of the race, not missing the race.

The local church around the world has so many resources – human resources, financial resources, knowledge resources, technology resources and especially prayer resources. Isn’t Paul’s encouragement to generosity (2 Corinthians 8:12-15) also applicable to contributing toward completion of this great task given to every church and disciple?

Because I pastor in the United States, I especially thought about the church in my country. How can we encourage churches and pastors across the United States, as well as in other countries, to join what God is doing in these gospel movements around the world? As someone at the gathering asked, “How can we awaken the sleeping giant, the church?”

Conservative estimates portray over 300,000 Protestant churches in the United States today. This means every one of the 7,000 unreached peoples could have as many as 43 American churches helping reach them. These figures astound me! Some churches or groups of churches might engage one UPG with CPM strategies. Some of the 1,667 American megachurches might help engage several with movement strategies.  Add to this the Bible-believing churches in every other country, and we should wonder why the race is not yet finished.

The early church in the book of Acts was faithful in their generation. Will we be faithful in our generation? Will we be like Paul in 1 Corinthians, running the race to reach people for Jesus Christ, no matter what the cost? Will we each be able to say at the end of our lives, as Paul said: “I have finished the race”?

As a young man, I was privileged to run in some of the world’s great marathons. But that privilege does not compare with the high privilege of running the real race, to reach all the world’s peoples with the gospel of Jesus Christ. We need every church and every disciple in this race. We need you. Don’t miss this race.

Jeff Wells serves as Senior Pastor and Michael Mickan as Church Planting Pastor of WoodsEdge Community Church, a megachurch committed to movements. WoodsEdge has a vision for catalyzing five movements at home and five movements abroad.