A Framework for Incorporating the Arts in Short-Term Missions

As I jotted down Hausa lyrics and melodies on a four-week visit to church members in Nigeria, I had no idea that eight years later a focus on the arts of others would become central to my life’s calling.1 In Nigeria I realized the power of local arts to move people as I saw believers struggling with English hymns, but becoming enthusiastic and animated when they sang indigenous praise songs accompanied by gourds.

On this trip, I had taken my violin to entertain a group of isolated foreigners. Artistic short-termers usually do demonstrate their own arts in the host culture, and for good reason: this is what they know! Such efforts can have powerful impact, but my reflections in this article emphasize that short-term workers can also make a significant impact through involvement with culturally appropriate arts. Potentially, short-termers can make an even greater impact in this area if they come humbly to learn from the culture and build friendships, with a desire to validate and encourage the arts of the local believers.

Some practical and missiological questions are crucial to ask at the outset: How can anyone learn enough about others’ arts, culture, and language to play any useful role on a short-term trip? Will their efforts not actually result in importing arts from globally dominant cultures and unintentionally promoting models that undervalue local forms of creativity?

The following accounts illustrate various ways that arts specialists can engage with local arts in short-term cross-cultural mission, with each type of engagement having the potential for life-changing effects. 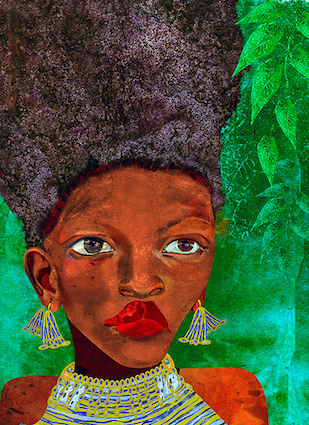 Most disaster stories about short-term missions (STM) arise from inadequate preparation and self-centered attitudes of spiritual tourism. If the focus of a project is to encourage local arts creation, many of these hazards can be avoided, and the project can result in genuine benefits to all parties, since from initial recruitment to final debriefing the emphasis is on the needs of the receiving community. Particular attention needs to be paid to training, motivation, strategy, and relational intention.

How can arts students and practitioners get involved? Fortunately, since the rise of ethnodoxology from the mid-1990s, short-term programs with an explicit focus on culturally appropriate arts have been developing. Organizations with such programs include Heart Sounds International (OM Arts) and Resonance (WEC International).5 In addition, since this field is developing so quickly, interested people can contact a range of  agencies to consider where they can best offer their gifts to Christ’s service.

Ian Collinge is an ethnomusicologist and ethnodoxology practitioner and trainer. After pastoring a new church plant in London, he spent several years in Asia, researching indigenous music and developing music and arts resources for churches. Since returning to England, he has been teaching ethnomusicology, world worship music, and multicultural worship in Christian training institutes. In 2008 he and his wife, Helen, launched Resonance (http://www.resonancearts.net), a cross-cultural arts ministry of WEC International.