Bible Storying with the Creative Arts for Church Planting

August 1996: It was time for the festival celebrating the founding of Tsévié, the town where we were living in Togo. The stadium field was covered with traditional musical groups demonstrating their prowess, creating a veritable smorgasbord of sound for a new ethnodoxologist like myself.

The central piece was a presentation of the story of the village’s founding. Atumpani, the talking drums for the Ewé people, told the epic story that was translated into both Ewé and French languages for those uninitiated in the language of the drum. As the story unfolded, dancer-actors played it out for all to see. The crowd was thoroughly captivated. And then it occurred to me how powerful it would be if God’s story could be told in this way. Thus began my journey into the realm of storying with music and other arts.

A TALE OF TWO PEOPLES: A CHAMPION IS NEEDED

The first breakthrough happened among the Ifè people. After successful new song workshops in 1997 and 1998, I was asked to colead a music, storying, and church planting workshop in March of 2000.1 I returned again in 2001 to do a workshop focused on creating songs based on major events from the life of Christ and Pentecost. As things progressed, Pastor Odah Kodjo became the key champion for the use of the Ifè language and musical arts among the Ifè Baptist churches in Togo.

Ten years later I spoke with Pastor Odah about the state of music in the Jésus le Chemin (Jesus the Way) Baptist Association, comprised primarily of Ifè-speaking churches. He shared that the arts and storying are still an integral part of evangelism and church planting. Associational leadership includes a directeur de musique (music director). There are annual music seminars and concerts in each zone of the association. Each seminar includes the composing of new songs, as well as topics for discussion. The 2010 topic focused on the role and appropriate use of Ifè traditional dance in the church. During their annual music week, churches are encouraged to take music out of the church and into the public spaces. Emphasis is placed on using indigenous Ifè performing arts. Daily performances include concerts, music-theater, and a picnic followed by traditional dancing.

At that same time I touched base on the work among the Waci-speaking community in Togo. In October 2003 I had proposed the creation of an evangelistic music-drama to the Glévé church. The music-drama would be used in conjunction with a chronological Bible storying pictorial evangelistic tract that was being produced. Over the next year church members created songs and dramatic sketches for each story. Their first presentation was at a conference on Bible storying as an example for the participants. Just as everything was coming together, my wife and I transferred to South Asia. Just before we left, the Glévé church presented some of the music and dramas as part of a church planting event in the village of Vo Kponou.

When I visited Togo in July 2011, I had the opportunity to speak with some Waci church leaders about how things had progressed. The church in Vo Kponou had an attendance of about forty people. The Glévé church had continued to perform the songs they created at various events but no new songs had been created. They discontinued using the dramas. The difference between the Ifè and the Waci is that among the Glévé church no “champion” arose. We are praying that God will raise up a local champion for the arts in our Waci churches.

Since that first experience in Tsévié, storytelling has played an ever-increasing role in my work. It became necessary to improve my skills and knowledge of storytelling to the point that my role has evolved from “indigenous music catalyst” to “creative arts and orality consultant-coach.” In this new role I have noted that as local believers around the world begin to craft and use stories for the first time in their heart language, some have naturally moved to creating songs based on the stories.

Among the Kotokoli people of Togo and the Bisa people of Burkina Faso, story-based songs have been used with radio broadcasts of Bible stories. These programs have become extremely popular within the Muslim population. In Mali, a story crafter composed songs for every story in his language’s story set. He also has begun creating music videos from these songs. Story crafters among a North Indian people composed a song in place of a story, finding that the story would be more easily told through song.

After being introduced to “Storying Training for Trainers” (ST4T)2, a group of Malagasy mu­sicians created a song on the creation account using a popular music style of the Masikoro. The traditional mandolin player is a popular Masikoro musician. The music group hopes to use the mandolin player’s popularity to gather crowds to hear the gospel message. The group is partici­pating in a story crafting project, and plans are underway to encourage and assist the creation of more story-songs in local styles. 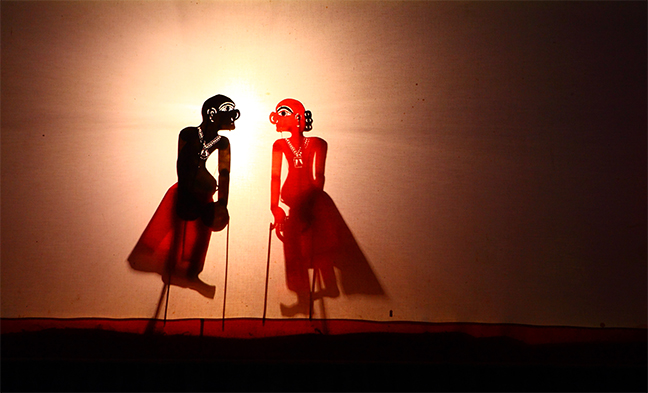 The visual arts are also being used in conjunction with stories. A small group of believers in North India created songs for a Christmas outreach party for family and friends. Two young artists in the group were commissioned to paint scenes from the nativity story on large canvases. These were hung around the venue and were used to tell the Christmas story. The following year the believers added drama to their presentation.

Believers in South Asia, the Middle East, and Africa combine Bible storytelling and henna art to share the gospel. Women use henna to draw beautiful designs on their hands and feet for special occasions. While drawing the henna designs, the women talk, build relationships, and share the Bible story they are drawing. When women are wearing henna, others admire the art on their hands, opening doors for the story to be shared again and again.3

The value of using the performing and visual arts with stories is growing among storying practitioners and trainers. Impromptu drama and storyboarding are tools regularly used to help teach a story. A new song creation module is included as part of the storying church formation training in South Asia. Participants are taught the Handy Guide for Facilitating New Song Creation4 and given the assignment of creating a song for one of the stories from the book of Acts. When the story is told during “house church” time, they teach their song to the training “church.”

This article was condensed and reprinted from Krabill, James R. et al, eds. 2013 Worship and Mission for the Global Church: An Ethnodoxology Handbook. Pasadena: William Carey Library, 103-105. Used with permission.

Tom Ferguson has served as an Ethno-Arts and Orality Specialist since 1994. He and his wife Tina have worked in Africa and Asia, equipping local believers in the use of creative arts and oral communication in church planting strategies. Tom holds music degrees from the University of Southern Mississippi and Southwestern Baptist Theological Seminary. He is a charter member of the International Council of Ethnodoxologists.