In between the brown mud houses, on a street made of soil, walks a petite girl, clothed in a blue-and-white school uniform. She straightens the red scarf that she wears with pride on hair pulled tightly back in a simple, long braid. Her shoes, barely clinging to her feet, are too cheap to stay together. Yet her smile is bright, for she is on her way home from school, where she is regarded as a top student. Her school, one of the few and poor Tibetan schools in the Northern Himalayas, is not regarded as a top school, making her chances of further education bleak unless she were to move to a better school closer to the capital of the province. 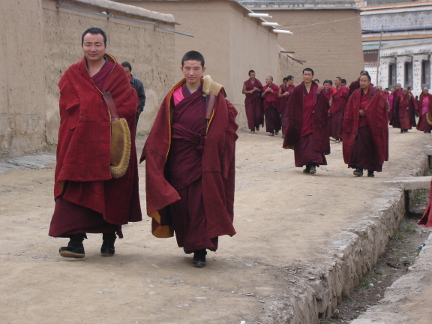 The required language of instruction is Chinese, but at her home and with her family she speaks only Tibetan. For a few years now, it has been made compulsory for Tibetan schools to teach all classes in Chinese, except for the scarce hours of Tibetan language class. This also means that Tibetan students are not receiving good English classes and that their English won’t be up to par compared with the Chinese students in the local Chinese schools. Since English is a crucial subject in Chinese schools, this is a further obstacle to progress in the girl’s education; this girl was surprised to belatedly learn that “bye, bye” is an English expression of farewell, for she had previously connected it only to the modern Chinese way of saying goodbye.

This story offers a window into much of what’s happening amongst Tibetans today:

China’s minority peoples have long suffered neglect and oppression, and since 2009 this has become worse. In November 2012, when new leaders for China were selected, many observers hoped that the change would lead to greater leniency toward minorities, but instead the new leaders are less tolerant toward external and internal disputes. Minority peoples are losing hope for respect, religious freedom and freedom to continue valued traditions.

Today we are hearing more and more news of Tibetans protesting by setting themselves on fire; the number of such reports has surpassed 100, but there is no way of knowing what the real figure is for self-immolations and other protests. Chinese officials blame Tibetan agitation on outside forces such as the exiled Tibetan government, and therefore find it easier to justify severe punishment of any protest, including prison sentences that are commonly more than 10 years.

In language and lifestyle Tibetans are a very diverse group of around six million people, but they share much in common as a minority with limited freedom and their system of Tibetan Buddhism. Respect for the Dalai Lama provides a common center, so his transfer of power to others in the exiled Tibetan government will be a notable development to watch carefully.

Tibetans have so much overlap and common thought patterns that cross-border networking by gospel workers on their behalf is very profitable. One such network, now celebrating 25 years of common vision and shared resources, is producing a common songbook, videos and other tools for training across language groups. 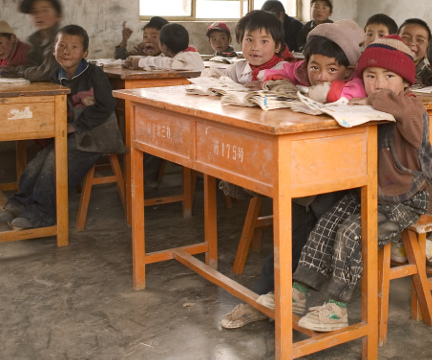 A common challenge is that Tibetan believers tend to abandon their faith after awhile. This pattern first caught my attention when I heard that although in one location more and more were coming to believe in Christ, the numbers in the fellowship barely grew. This pattern persists even in areas with more freedom, and it seems that, at its heart, is a lack of belonging to the community and difficulty in continuing expressions of the faith.

Yet, we see a trend in which Tibetans are being touched by the power of prayer. I hope that this is not a short-term trend, but that it will continue to lead to further expressions of faith and deeper hunger for the truth. Tibetans have a high need for spiritual expression and are quite naturally in touch with the Holy Spirit’s power through dreams, healing and care.

In some parts of the Tibetan world physical life is difficult and situations are harsh; disasters, such as earthquakes, are accelerating Tibetan migration around the world. Now is the time for the global Church to rise to the challenge and offer care and community to Tibetan societies. Let’s work together through our and their networks to share the gospel and touch them with the love of Christ.

Gabriel (.(JavaScript must be enabled to view this email address)) has worked with minority peoples in Asia for almost 20 years. He loves different cultures and the challenge of expressing different sides of problems. He has studied theology and anthropology. and is working in leadership, training and development.