School of World Mission AT 50

Can it be that we are 50?  In 1969, when I joined the faculty, we were small—four faculty and about 35 students (Associates we called them).  I was the fourth faculty member, after McGavran, Tippett and Winter. Fuller had hired me to teach anthropological and African subjects.

I had come to Los Angeles for a “look see” year at UCLA, to teach the Hausa language and related African language subjects. We had been missionaries to Nigeria but had broken with our mission over cultural issues. In 1969 I was on the faculty of Michigan State University, toying with the possibility of joining the UCLA linguistic department, if they wanted me.

They decided that they wanted me, so I took that job.  But we also renewed our acquaintance with Ralph Winter and soon I had another job offered to me—teaching subjects on the relationships between Christianity and culture to missionaries at Fuller Seminary’s new School of World Mission.  Both positions were attractive to me, so I worked it out to teach at both places—UCLA on Monday and Wednesday, SWM on Tuesday and Thursday, with Friday’s open for faculty meetings.  This arrangement lasted for four years until I went full time with Fuller.

It was a genuine privilege to be able to work with the SWM faculty.  McGavran was an entrepreneur with a single focus: Church Growth. We differed on our views of the relationships between culture and Christianity, but supported each other as differing parts of our movement. Tippett was the most intelligent of our faculty, ably relating theology, anthropology and practice. He saw more deeply into most issues than the rest of us.

Perhaps the most interesting of my colleagues, however, was Ralph Winter. He was a genius who often had the most creative solutions to problems, but tended to ignore the more pedantic responsibilities such as getting his grades in on time, or getting the grades in at all (he once lost the comprehensive exams and they could not be graded). 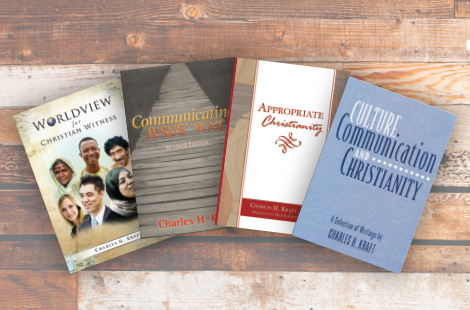 But these (and many other) idiosyncrasies pale in significance when compared to his importance in the development of missiology.  He went out on a limb to start William Carey Library, the publishing wing of the Church Growth Movement.  He then founded and ran the U.S. Center for World Mission (now Frontier Ventures) to provide space for mission groups to locate in proximity with other mission groups, and William Carey International University to train missionaries in enlightened missiology.

At Fuller, my job was teaching such courses as Basic Anthropology; Culture and Conversion; The Church in Culture; Culture and Theology; Intercultural Communications; and World view and Contextualization.  In short, I was charged with teaching a culture-positive approach to missions, the very area that had brought about our break with our mission board.

This was fulfillment for me—to be able to teach, write and guide missionaries in the relationships between Christianity and culture, and to see missionaries go through paradigm shifts in their approach to mission.  My aim was to help missionaries adopt the culture-positive approach that we had employed in Nigeria—an approach that helped approximately 95% of the people from our people group (population 700,000) to identify as Christian.

In addition, I have played a part in what may be called “contextualization studies”—seeking to find ways for people to follow Christ in their own way, following their own Jesus, not a foreign one. Because so much of mission has been tainted with Western ideas and practices, one of the tasks I assigned myself was to help missionaries to honor the cultures of the people they sought to win or guide.  To help this emphasis, I wrote Christianity in Culture, Anthropology for Christian Witness, Appropriate Christianity, Issues in Contextualization and Worldview for Christian Witness.

With a focus on culture and Christianity, it seemed only natural to place a high priority on how culture affects communication.  So I developed a specialty in intercultural communication.  Out of this came books such as Communicating Jesus’ Way and Communication Theory for Christian Witness.

Having worked to get people to change their paradigms with regard to culture, in 1982 I began to focus on paradigm change in the area of spiritual power.  Influenced strongly by John Wimber, I began to learn how to follow Jesus in a healing ministry.  I became both a practitioner and a theoretician.  Several books have come in this emphasis, including: Christianity With Power, Deep Wounds, Deep Healing, and Two Hours to Freedom.

The emphasis on spiritual power led naturally to a focus on spiritual warfare.  Noticing that very little has been done in missiology on this subject, I have given myself to helping in this area.  We perform one-on-one ministry, conduct training sessions and I wrote more works: The Evangelical’s Guide to Spiritual Warfare, I Give You Authority, Confronting Powerless Christianity and Defeating Dark Angels.

Ten years ago, I had fun writing an account of the first 40 years of SWM/SIS.  May the celebration of the 50-year anniversary be a blessed and fun time as well.

Charles Kraft, on Fuller’s faculty since 1969, is Professor Emeritus of Anthropology and Intercultural Communication in the School of Intercultural Studies.