The Value of Loving Obedience

The application questions in the DBS facilitate this critical element: “What will I do with what I learned today?” and “What will we do as a group?” An “I will . . . “ statement brings essential clarity.

An Oikos Touched by Loving Obedience

Yani looked around the room. Her thoughts were filled with delight. On her right sat her father, now an impassioned facilitator of several DBS groups. He had recently been asked to be the cluster group leader for that area. Stunning, she thought. 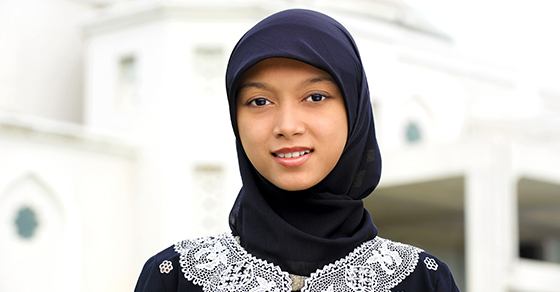 On her left, her mother reclined on the straw floor mat as she served the family’s favorite snack food, fried plantain bananas. Yani rejoiced that her mother facilitated several other DBS groups. She herself had enjoyed facilitating several DBS groups since moving back from college to her hometown.

Taking the piping-hot delectable snack between her forefinger and thumb, she considered how the healing hand of Isa touches to the depths of human need.

Her Muslim family had fallen in love with Jesus. Their lives were being transformed by the power of his Spirit in them. Their community was being permeated with the new life of Christ, through obedience to him as a norm of life. As Yani savored the sweetness of this family favorite, she also recalled the taste of God’s goodness in less than a year. Just one year earlier, things had been so different!

“I hate my father!,” Yani convulsed with fury. After she calmed down a bit, Yani continued in measured speech, “I hate him for all the evil he has done to me. He doesn’t deserve love or respect. I’m so glad that I could go to university far from home.” Yani lived with bitterness and hatred, resulting in depression. She was scheduled to return home in a few months, at the end of her senior year. She agonized over this imminent reality. One day her friends introduced her to a man whose story was similar to hers. But he lived in freedom from bitterness, anger, and depression. When he asked her about her relationship with her parents, she broke down in tears. She couldn’t believe her ears as she shared with him her hidden heart sins of resentment and unforgiveness. He then explained how she could be free from the anger and shame that her earthly father had brought to her.

Yani began to study the Word of God and was discipled into love and obedience as the norm. After she came to trust Christ, she began the process of choosing to forgive her father.

Yani returned home from college. Her father was very confused. He and her mother kept asking what had changed in her. At first, she remained silent, but after a few weeks, she couldn’t be silent any longer. She shared with her mother that she had begun to learn from the Kitab Suci Injil (the Holy Book of the Gospel), and had learned forgiveness from Isa (Jesus). Her mother started studying also. Soon the disposition of both mother and daughter were so beautiful and evident, that the father was dumbfounded.

Together, Yani and her mother shared with him that they had learned forgiveness from Isa Al Masih and were living as His followers. Her father wanted to understand what had brought the change in his wife and daughter. Yani was able to explain the Truth from Scripture. At that point, the entire household made a decision to follow the way of Isa.

For Yani, the healing touch of Jesus was just the beginning of a huge shift in her life’s journey. Reconciliation is on the heart of God: for her life in Christ and with others in her life through the power of the Holy Spirit. Through this one obedient returning college student, eight DBS groups have begun and five previously unengaged UPG’s have been engaged.

Essie Joy (pseudonym) moved to SE Asia about a decade ago. Her passions include prayer, fighting Human Trafficking which includes restoring lives, and seeing the Kingdom of God grow to fulfil “Thy kingdom come, Thy will be done on earth as it is in heaven.” Her current inspiring passages are Isaiah 45:2, 3 and 61. She and her husband serve with OCI, and are trusting God for the launch of a CPM among several UPGs.