Here, There, or Far Away

It’s All About Relationship

One afternoon as we were walking home from the market, we passed an elderly man on the road and stopped to exchange the normal series of greetings.  He was surprised to find that foreigners like us were able to speak his language, as well as wear typical Fulbe clothing.  Gesturing to a nearby house, he invited us to come and share dinner with his family that evening, and we happily accepted.  When we showed up at his home later, he seemed a little surprised, but with a big smile he showed us into the house and we sat down on floor cushions.  Looking around the room, we realized that 8 or 9 other guests were already there, sharing traditional mint tea and conversation.  Some of them were people we knew, men we had met in the neighborhood or as students in our English classes.  We greeted one another, and our host made this memorable comment: “Until now you have been meeting the children.  Today you have met the father.”  Without being aware of it, we had been building relationships with members of the same clan, and had now met their leader.

From 1996 to 2011 we lived and worked among the Fulbe people, also known as Fulani.  We started out in a small settlement in the Sahel of western Mali, then moved to a larger town, and finally pursued a new ministry in a medium-sized city.  The city where we lived was in Mauritania, outside of the Fulbe homeland area, but many had migrated there to work in service-sector jobs, and, in some cases, to provide better education for their children.  Having learned about traditional Fulbe life in the rural area where we started out, we were interested to find that much of their nomadic worldview came along with them when they moved to the city and began adapting to a “modern” lifestyle. 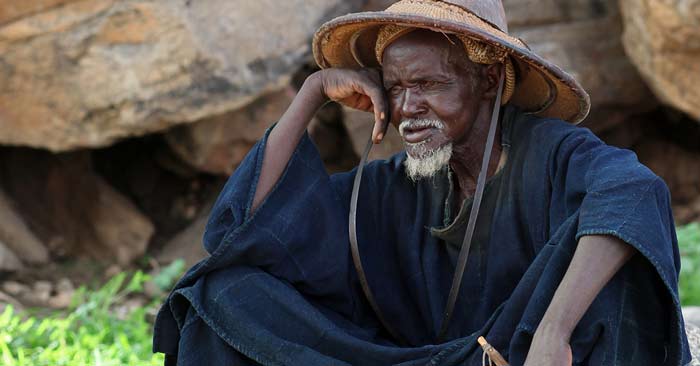 After moving to the city, I found ways to build relationships with women in the neighborhood.  As I got invited to weddings and baby-naming celebrations, I began to notice how these community events were planned and organized by women’s groups.  These groups were defined by age and by clan just as they had been in the village, or by the home area where the families’ cattle and sheep were herded.  I found that every Fulbe woman I got to know belonged to one of these groups.  Wedding planning would be done by the group to which the bride’s mother belonged; they would all contribute money to purchase food for the feast, and organize the cooking and serving.  When a woman gave birth, her group would pitch in to plan the naming ceremony and feast, and help with festive new clothes for the new mother.  I remember watching with amazement as one of the women recorded in a notebook the small financial contribution each woman had made on a line next to her name; they kept track of every detail.

Some of the women’s groups used this system to manage a revolving loan fund.  The money accumulated through monthly contributions could be taken out as a small-business loan by one of the members, to be paid back later so that another woman could borrow.  This system seemed to work because the women knew each other well, and their families were linked by clan relationships.  The “collateral” was their social standing in the community.

It’s All About Who You Know

David J. Phillips, in his book Peoples On the Move, explores this dynamic of nomadic life in a chapter titled “Who You Know, not What You Own.”  He writes: “Nomads…emphasize relationships with their own kind—especially their close relatives.  Their identity and security is in who and what they can take with them and in their relationships with others on the route.  This identity depends on belonging to a mobile society with its social relationships, customs and even concealed rites and terminology.” (p.31, William Carey Library, 2001)

We saw another example of this one afternoon when we stopped by to visit at the home of a Fulbe family that we had met, and spent an hour or so drinking the traditional three cups of strong mint tea that facilitate conversation and relationship-building.  We were invited to stay for dinner, and we accepted.  Before long, we noticed that young men were arriving and more mint tea was making the rounds.  By the time dinner was served, there were 5 or 6 single men seated around the plates, as well as our friends and their four sons, and the two of us.  After the meal as we were saying good-bye, I ducked into the kitchen to thank our hostess, Jeynaba, for the meal, and I remarked on how she had had to cook a very large quantity of food.  She told me that she never knew how many people would arrive for dinner.  She went on to explain that, because her husband had a steady government job and they were established in the city, they were a “host family” for any men from their clan who migrated to the city looking for work.  They were expected to provide a safety net of lodging, food, and contacts for new arrivals until they could provide for themselves.  Eventually we got to know several families who played this kind of role, anchoring their traditional network in a new urban setting.  We’ve heard anecdotally that this practice continues where Fulbe emigrate abroad, in cities in France and the United States. 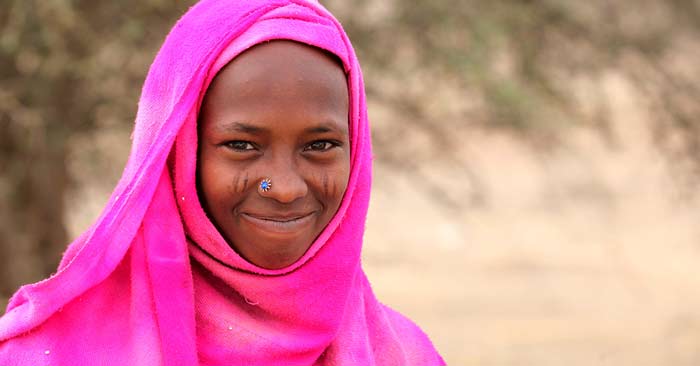 While they had moved to the city and worked in blue-collar, government, or service sector jobs, our Fulbe friends continued to hold perspectives on life and cultural norms that echoed their rural, nomadic roots.  One of the most significant of these was how they answer the question, “What gives you security in life?”  For those with a nomadic worldview, security is found in relationships, in that network of family and clan ties that stretches across geography and transcends what we consider modern culture.  In this view, a person will always be provided for as long as those ties are maintained.

Not Alone, but Together

The significance of relationships as the basis for security gave us much food for thought as we considered how to best share the good news with our Fulbe friends and neighbors.  In searching the scriptures, we realized that much of Jesus’ ministry, including many of his miracles, had to do with restoring people’s relationships and social connections.  The lepers, the demoniacs, and the woman suffering from a 12-year hemorrhage received not just physical healing but restoration into their normal family and clan networks and the security that provided.  We asked ourselves, “Can we share the good news in such a way that it brings not only salvation from sin but also the restoration of relationships and community?”

As we observed places where Fulbe had become believers in Jesus, we noticed that bringing them together in groups as house-churches was challenging, and often those groups didn’t last or grow.  We realized that often this was because the individuals were from different clans or home regions, and thus didn’t have natural ties or trust each other.  It became clear that the good news would spread much faster, and resulting house-churches would be much stronger, if natural relationship networks were used.  Can we model sharing the good news in a way that motivates people to share it themselves within their own families, age-group circles, and clans?

We also met Fulbe believers who had chosen to follow Jesus as individuals, and then been thrown out or cut off from their families.  These lonely people suffered the loss of the relationships that form their security net.  Although this is sometimes the “cross to be borne” by new believers, it isn’t always necessary, and can be counter-productive to the spread of the good news throughout the family.  We asked ourselves, “Can we bring the good news into whole families, so that Jesus’ grace draws them together instead of separating them?”  And we tried to focus our story-telling and prayer ministry on gathered families, rather than individuals.

Among the Fulbe, as in most nomadic-background ethnic groups, it’s all about who you know, not what you own.  In this way, their worldview echoes the perspective of the God of the Bible, who is inherently relational and made the ultimate sacrifice to adopt us into His own family.  The more we value and consciously honor this aspect of the nomadic worldview, the more we will see God's kingdom become a reality among them.

Thank you for a very perceptive article. My one comment springs from your statement, “We asked ourselves, ‘Can we share the good news in such a way that it brings not only salvation from sin but also the restoration of relationships and community?’”

I suggest that the purpose of the gospel is not merely salvation from sin, but the estalishment of community - that the restoration of the image of God as the image of Christ is completed as the reconciling community is formed, that the community is the end goal, not the means to an end. Then, how does the Fulani community already reflect where God is at work…. (I recognize the incompleteness of my thoughts here:))

Lisa L. and her husband lived for 16 years in West Africa and pursued several different types of ministry among the Fulbe (Fulani) people.  They are now based in California, and often miss drinking sweet mint tea with their friends.