At Pentecost, after Peter preached, how many of his listeners became Christian?

When I first heard this question, I thought, “Hmm, Was it 2000 people or was it 3000 people who became Christian?” Bishop helped me to realize that actually the correct answer is zero! This is a trick question! Most of those people woke up that day and called themselves Jews and they went to sleep that night calling themselves Jews. The term “Christian” wasn’t coined until later. Moreover, the Bible does not teach us that we have to call ourselves Christians.

In 2001, the Center for the Study of Global Christianity reported that 14 million Hindus, Buddhists, and Muslims have opted to remain within those religious traditions in order to witness for Christ as active believers in Jesus as Lord.  This means 14 million people are following Jesus Christ as Lord but at the same time they are not calling themselves Christian.  This is something we don’t hear much about in our churches. For those of you who have been looking for an easy-to-read book that illustrates and explains some aspects of this phenomenon, this is the book for you. This is also a good book to give to others who may be confused or even critical of those followers of Christ who refuse to call themselves Christian. 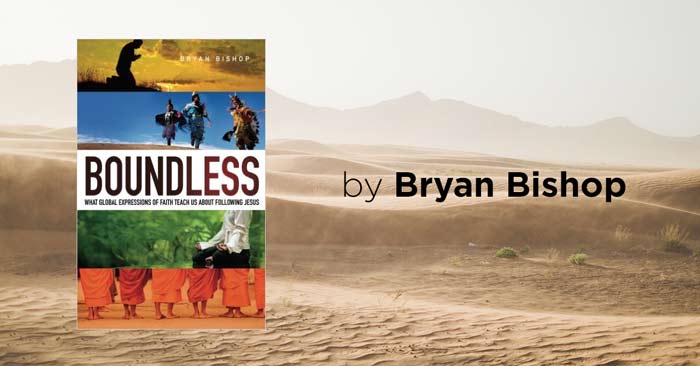 John Travis mentioned that, for many Muslims, the word Christian is not necessarily a positive term. Some Muslims may associate Christianity with the love and selfless devotion of Mother Teresa and relief organizations. But most Muslims tend to focus on the negative aspects of present-day Western culture like immodest dress, sexual promiscuity, disrespect of elders, indulgence in alcohol, Hollywood violence, narcotics and pornography.

But it is not just Hindus, Buddhists, and Muslims who prefer not to take on the label of Christian. Even in America, a recent report by Pew Research found that of all religious categories, such as Catholics, Protestants, Muslims, and Mormons, the “religiously unaffiliated” category is the fastest growing category in the United States.  And in a 2007 study by Barna Research, two-thirds of unchurched youth call Christianity boring, and
even one-quarter of young Christians used that same word to describe the Christianity that surrounds them.

Throughout the rest of his book, Bishop describes different scenarios of how Hindus, Buddhists and Muslims have opted to remain within their religious traditions while following Christ (and while not taking on the ‘Christian’ label). For example, Muslims who are now following Christ show their other Muslim friends that the Qur’an actually tells them that they should read the ‘earlier books’ (i.e. the Bible). Even Surah 10:94 (in the Qur’an) says, “If you were in doubt as to what We have revealed to you, then ask those who have been reading the Book from the Lord.”

Some Buddhists who now follow Christ have chosen to use Buddhist concepts to describe salvation. For example, through Christ, God saves us from karma. God suffered terrible woes so that all should be freed from karma, for nobody is beyond the reach of the Buddha principle. In Thailand, one of the most derogatory names that Thais call Christians is luksit farang, which means “disciple of a foreigner.” Therefore, many Buddhists do not call themselves Christian, instead they call themselves “Children of God” or “New Buddhists.”

Bishop gave a good example of outreach happening in a largely Buddhist area in Chiang Mai, Thailand. Ben Jones, a tall man from the Pacific Islands, has learned the Thai language very well. Several times a week he made trips into the neighborhood of his area. He had a simple goal: find people who would like to hear a story about God. Once he found a family who wanted to listen, he would get to know them a little bit and then would tell them a Bible story. Afterward, he would ask if they wanted him to come back in a week to tell another story. After only three weeks of doing this, Jones already had eight different families he was visiting each week to tell stories. By the time he told two or three stories, he would encourage his listeners to tell the stories to their friends or family.

In the chapter on how Hindus have chosen to follow Christ, Bishop includes an interesting example of how a man named Navin chose to follow certain Hindu practices in the burial service of his father who passed away. Many of his Hindu relatives came to visit during this burial service and they were all intrigued to find out why Navin, as a follower of Jesus, had honored their Hindu traditions. They asked him many questions about his beliefs and invited him to visit them and explain more. They were ultimately happy to learn that they could follow Jesus in a Hindu way.

Bishop’s book ends with an appendix containing ten suggested stories which can be used to help others more fully understand the concepts in his book. This is a very easy-to-read book and I heartily recommend it to those who want to know more about the 14-million people are following Jesus Christ as Lord but not calling themselves Christian.

Scott Hedley has 30 years of extensive missionary experience both as a mission mobilizer and as a on-the-field worker.