Christian Students Grow the Kingdom of God in China

Editor’s note: As missiologists and mission professionals develop 21st century strategies for church planting and disciple-making movements around the world, we have to simultaneously keep an eye on what God has done in the past.  His past work, in this case amongst Chinese students who studied in the USA over 100 years ago, ought to be fuel for our imagination and our desire to see His kingdom established.

One hundred years ago Chinese students were returning from America to China after getting professional degrees abroad. Their experiences overseas helped them to grow in their own faith and to desire that their countrymen become Christians. Some learned leadership skills in Christian student organizations, often inspired by the ideals and activities of the YMCA. They took these lessons back to China where they discipled believers while serving as professors in Christian colleges, editors of Christian journals, evangelists, pastors, and board members of Christian charities or youth organizations, such as the Young Men’s Christian Association (YMCA), that first entered China in 1885 and became a powerful force for changing lives and reforming society.

It was not an easy time to live in China. The Qing Dynasty collapsed in 1911 and then the new Republic disintegrated in 1916. During the next ten years, the Chinese Communist Party was founded and an Anti-Christian Movement began. Even though the Nationalist government began to rule in 1927, the fear of war with Japan became a reality in 1937. After eight years, often struggling as war refugees or exiles, weary people trekked home and began to rebuild the country.

Tang Guo’an was one of the first hundred students to go to the United States with the Chinese Education Mission (1873). He had only studied one year at Yale College when the Mission was cancelled in 1881. He first worked for a mining and engineering company in China, was a lay preacher for the YMCA in Shanghai, and then in 1907 he joined the Foreign Office. In 1909 he became president of the new Tsinghua College in Beijing, a preparatory school for students going to study in the U.S. He encouraged the YMCA to establish a group on campus that became the most active YMCA in Beijing. He also served on the YMCA’s national board that gave direction and support to the organization.

Kuang Fuzhou went to the US to be a farmworker in 1882. The family whom he was staying with encouraged him to learn English and to go to church. After working several years with the Salvation Army, he was given a scholarship to go to college. After getting his bachelors degree he transferred to Columbia University, where he got a MA in education in 1906.  Besides working as an editor for a publisher, Kuang helped establish a Cantonese church in Shanghai, worked with the YMCA as editor of the YMCA’s English magazine, China’s Young Men, and served on the national board for thirty years, ten as President. 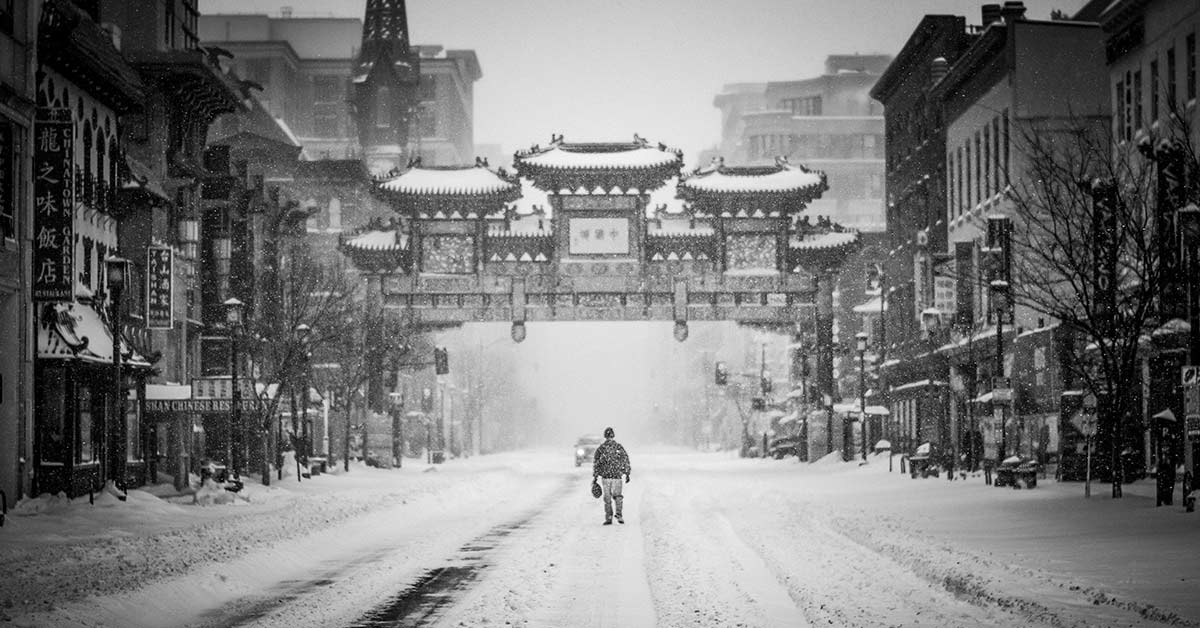 After Shi Meiyu graduated from the University of Michigan in 1896 as one of the first Chinese women to obtain a medical degree, she became a doctor in inland China. In 1939 she and Jennie Hughes, an American missionary, moved to Shanghai and established the Bethel Mission, a combination of Bible school, hospital and nursing school. The Bible school sent out groups of young evangelists, called Bethel Bands, to preach throughout China.

One member of the Bethel Band was Song Shangjie (John Sung). After receiving a PhD in chemistry from the University of Ohio in 1926, he went to Union Theological Seminary in New York City. He returned to China in 1927. As part of a Bethel Band he made trips to both north and south China for four years before becoming a powerful preacher throughout Southeast Asia from 1935 to 1944.

The YMCA in the US sponsored the Committee for Friendly Relations Among Foreign Students (CFR). Since the Chinese students were the largest number of students on American campuses (just like today!), CFR staff encouraged the students to create the Chinese Students Christian Association (CSCA) in 1909. A group of twenty-four Chinese students and eight Americans signed the charter. The goals were mutual encouragement in Christian living, fellowship, and service. The students in CSCA began to publish a quarterly magazine, start campus groups and hold annual conferences.

One of the six students on the first executive committee of the CSCA was Yu Rizhang, who was studying education at Harvard University. Five years after he returned to China in 1910, he became the second Chinese director of the YMCA in China. He served in that position for twenty years. 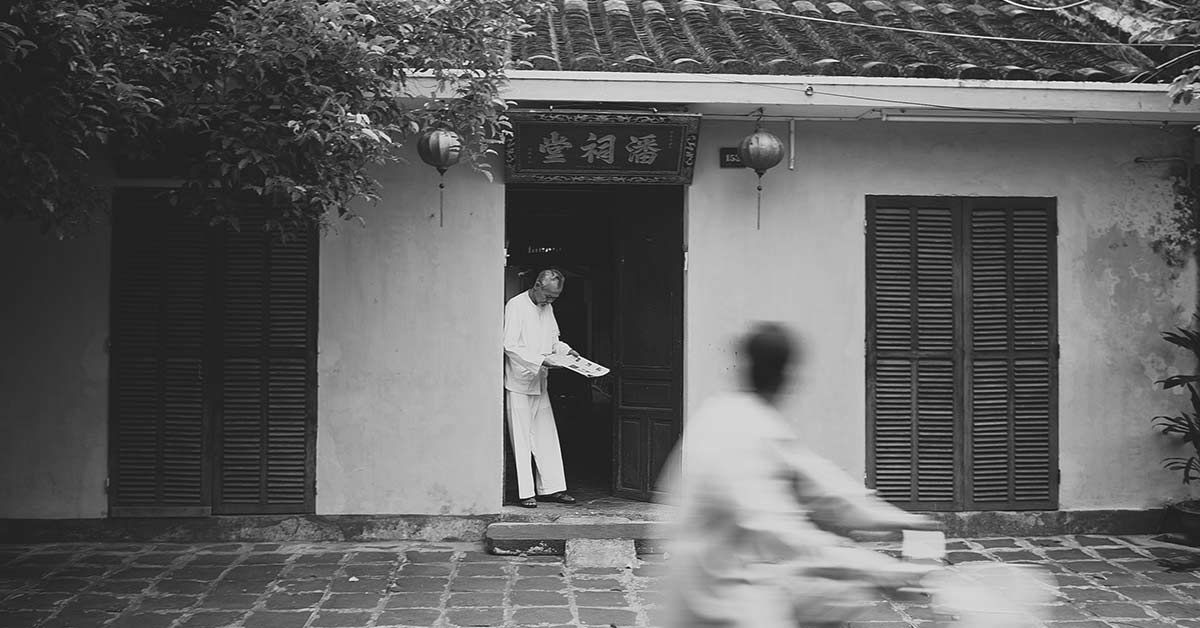 While studying for a PhD in social sciences at Columbia University, Zhu Youyu was president of the CSCA from 1910-11.  Later, he was again in the U.S. in 1920 beginning graduate work at Union Theological Seminary in New York City. While studying he served as a travelling staff member for the CSCA for three years, encouraging student groups on campuses and going to student conferences. When he arrived in Beijing in 1924, he became director of the department of religious work at the Peking Union Medical College. He counseled students and preached weekly at the college’s Sunday service until 1933. After becoming a bishop in the Anglican Church in 1940, he began serving as pastor of a church in Kunming, where his congregation included students from Beijing University, Tsinghua University and Nankai University who had fled south from the coastal war zones to study at the National Southwest Associated University.

Liu Tingfang served as president of CSCA one year and an editor for the CSCA quarterly journal, Liu Mei Qingnian. He received a divinity degree as well as a PhD from Columbia in psychology. He returned to China in 1920 to become a professor of religion at Yanjing University in Beijing, the most prestigious Christian university in China. As a founding member of Life Fellowship, a group who wanted to introduce the truth and power of Christianity to academic circles throughout the country, he served as the first editor-in-chief of the Fellowship’s magazine, Truth and Life.

An educator in Tianjin, Zhang Boling became a Christian in 1908 through his friendships with American YMCA men. Since he wanted to learn more about American higher education, he came to study at Columbia University for one year in 1917. The next year he welcomed students to the new Nankai University. He also started the first Chinese Christian Church in North China, which spawned 42 churches in other Chinese cities. He served on the Tianjin YMCA board of trustees from twenty-six years and on the YMCA’s national board of directors for several years.

Zeng Baosun was the great granddaughter of the Viceroy Zeng Guofan, whose army ended the Taiping Rebellion in 1865. She studied biology at Westfield College for women at London University.  After returning to China in 1917, she and her cousin established Yifang Girls’ Middle School in Changsha. In 1935 the YMCA asked her to be part of a team to give evangelistic lectures in twelve cities across China. After the talks, she led discussion groups and met with students for personal interviews. After the lecture series was finished, she wrote an article that closed: “May God bless us in our humble efforts to further his Kingdom on earth, and lead us all, old and young alike, to the path of light and peace, and grant us strength and wisdom to face the national and international crises that beset and distract us today.”

These are only some of the returned students who served in China and beyond. Besides  evangelizing and disciple-making, they worked in international churches and founded Chinese churches. Many worked with the YMCA at city and national levels, as lecturers, directors, and editors of publications. These men and women are great models of long and faithful years of service to extend God’s kingdom in China despite internal turmoil and external threat.

Stacey Bieler is author of “Patriots” or “Traitors”? A History of American-Educated Chinese Students and co-editor of three volumes of Salt and Light: Lives of Faith that Shaped Modern China. To learn more about these Chinese Christians and others, please look for Salt and Light on Amazon, and look at the Biographical Dictionary of Chinese Christianity at bdcconline.net.