What is the place of women in world mission? Jesus said, “You [and the word means all of you, male and female] are my witnesses. You are the salt of the earth. You are the light of the world.” And there have been countless thousands who, without reference to where they came from or what they knew or who they were, have believed that Jesus meant exactly what he said and have set themselves to follow.

One joy of my life is coaching and mentoring women for effective engagement in launching movements to Christ. Yet often I discover missed opportunities surrounding the role of women.

Sometimes over coffee I hear:

I felt called to the field. I came with a passion to labor alongside my husband. I don’t want to take over. I just want to be involved! Yet my organization only makes CPM training and coaching available to men. Now that we have children I get the subtle message my only job is supporting my husband and caring for our kids.

Single women have similarly told me:

Men leave us out of strategy discussions. We don’t have a lot in common with women on the team who have husbands and children, and when we talk about ministry some moms seem jealous that we have “time” for ministry.

I see this repeatedly: Husbands and wives come to the field to make an impact, yet when the wife doesn’t feel she is making a contribution, this may become a reason the couple goes home.

And the problem goes deeper. A local colleague told me, “Please tell Western women not to come to my country if they aren’t going to make reproducing disciples. When they don’t, they model disobedience to the Great Commission!”

At least 50% of most UPGs are female, and in many cultures men can’t interact with women. Often, especially among Muslim UPGs, women are gatekeepers for their households. Who, if not women, will seek out Women of Peace to open their oikos to the gospel? And as new movements emerge, who will equip the first-generation women leaders?

Regarding equipping missionary women I sometimes hear mission leaders say, “We don’t want to burden women or make them feel guilty.” Is the best solution to not equip them for multiplication? Isn’t it better to help women follow Jesus in ministry appropriate to their season of life, and prepare them to help launch a DMM/CPM?

Will the global mission community make stewardship of missionary women a priority? Will we equip missionary women with competence[ii] and confidence to be and do all He calls us to, especially as catalysts in launching CPMs?

In this issue of MF my co-authors and I urge the Body of Christ to consider how to best steward missionary women. How can we support, inspire and equip them to thrive and bear multiplying fruit? How can we equip and coach women for multiplication in all stages of life?

Why Focus on CPM?

Kent Parks, President of Act Beyond, notes urgently that today there are twice as many people with no access to the Gospel as there were in 1980. As a percentage of world population, the unevangelized—those with no Gospel access[iii]—have increased significantly, from 24% in 1980[iv] to 29% in 2015. This means that in raw numbers those considered unevangelized have more than doubled! In 1980 there were “only” one billion unevangelized. Today that figure has risen to 2.1 billion![v]

Physical births today outnumber spiritual births among the unreached, and the global Church is losing ground there both in absolute numbers and in percentage. This is unacceptable! And this unjust trend requires that we do something differently.

And we can! Since the days of Jesus and Paul, the Church has repeatedly grown much faster than population through the kind of movements we see in Acts, with women playing a key role. The 1900s offer extraordinary instances of movements in China and Korea fueled by women missionaries and spread through oppressed women.[vi] And Acts-like movements today are inspiring and even starting additional movements at an unprecedented and accelerating pace. Jesus’ followers are increasingly eager to learn from experienced CPM catalysts to pursue God for CPMs through prayer and the application of biblical principles and models. 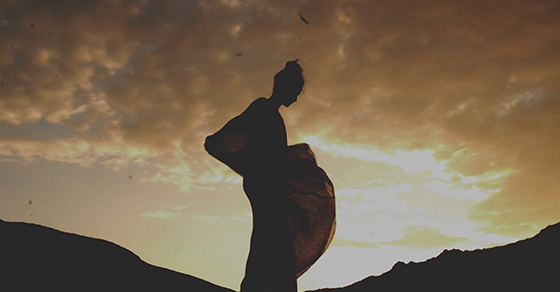 In recent decades God has honored such laborers with movements on every continent. David Garrison has documented CPMs in all nine “rooms” of the house of Islam,[vii] and several are occurring even among “reached” peoples. Today researchers are tracking more than 100 CPMs world-wide, each with four or more (4+) streams of four or more (4+) generations of reproducing disciples and groups, along with another 50 emerging movements of at least three generations.

In 1982 Donald McGavran reported that 90% of missionaries started churches by winning individuals rather than whole families, and that this actually hindered the development of movements. He then repeated himself for emphasis.[viii] Until very recently there has been little change in our methods. To turn the tide reported in the research above, we must train many more of our missionaries (including women) to pursue God for movements.

What will it take for the Church to reach the unreached? It will take the full involvement of women along with men, in a full realignment of our vision, our passions and our resources for a full-throttle attack on the spiritual injustice of some living and dying without ever being invited to follow Jesus.

CPM is not a new phenomenon. Those aiming for CPMs are simply applying principles Jesus imprinted on His disciples, and which Acts shows them implementing. CPM is not a magic bullet, nor is it foolproof. Pursuing a DMM/CPM is often messy, yet sometimes in recent decades it has brought millions of people into God’s Kingdom.

At present, more female CPM trainers use the DMM approach: therefore the women who authored the articles here write from this perspective.

All of us (men and women) are to delight in and declare God’s glory, developing intimacy with God. Out of the overflow of this intimacy we are to “be” and “do” in Christ, and seek to reproduce Jesus in others. For all who follow Jesus, making reproducing disciples is a privilege as well as a command.

Essential CPM elements include extraordinary prayer, searching out persons of peace, discipling groups of new believers, and equipping leaders. We need missionary women as well as men for these tasks.

This issue of MF follows an outline of CPM “Critical Elements” developed by fruitful practitioners. In these pages UPG-focused missionary women and their local female co-workers explore each of these ten critical elements. They share how the Lord has moved as they have sought to catalyze CPMs in partnership with their male co-workers. And they describe how women can contribute in every element of CPMs.

Being a wife and mother is one of my greatest joys and privileges. In highlighting points of engagement for women in CPMs, I don’t at all mean to suggest that women short-change their God given roles as wives and mothers. For me, life is integrated: more like a woven tapestry than distinct compartments.

Women: May this MF inspire you in practical involvement in launching CPMs.

Men: May this MF help you creatively nurture your female teammates to engage in launching CPMs.

We invite you to discuss these articles and their applications with teammates and others who desire to pursue God for CPMs.

Regardless of what stage of life they are in, the vast majority of female missionaries with whom I have interacted passionately want to have eternal impact. May this issue help them do so.

7.           Commitment: New believers (preferably an oikos) obey Jesus in repentance and baptism while preparing for persecution

CPM (Church Planting Movements)—A “rapid and multiplicative increase of indigenous churches planting churches within a given people group or population segment.”[x] Groups of baptized believers reproducing at least four streams wide, each at least four generations deep. Often the result of a DMM or T4T approach.

DMM (Disciple Making Movements)—A strategy of gathering people to study and obey God’s Word with the DNA of rapidly reproducing churches present from the start, such that disciples reproduce disciples, churches birth new churches, and leaders reproduce leaders. One methodology that leads to CPMs.

T4T—A process of mobilizing and training believers to evangelize the lost, disciple new believers, start small groups or churches, develop leaders, and train these new disciples to do the same. Discipleship is understood as both obeying God’s Word and training others. The goal is every generation of believers training trainers, who train trainers. One methodology that leads to CPMs.

Disciple-Making—Loving and obeying Jesus and teaching others to do the same.

CPM Catalyst—A person called to help ignite a movement. The catalyst, whether expatriate or near culture Christian, is used by God to raise up and coach the indigenous leaders of a movement. Catalysts can be called the “zero” generation (with the first group of believers from the focus group counted as “first” generation).

Person of Peace—An unbelieving cultural insider who welcomes the messenger and their message into their home and community (based on Luke 10 and Matthew 10).

Discovery Group (DG)/Discovery Bible Study (DBS)—A DG/DBS is a group discussing the Bible, guided by simple questions that encourage loving and obeying God. DG is the preferred term when participants are not yet believers.

Facilitator—One who invites discovery by asking questions without providing answers. In many cultures this requires a shift from traditional group dynamics.

Church—A group of baptized believers seeking to obey all Jesus taught, meeting regularly for encouragement, fellowship, and worship, and seeking to make disciples who make disciples and grow into all the biblical functions of rapidly reproducing churches.

[ii] Competence means being well equipped to accomplish the vision. In this case, have female missionaries become disciple makers who intentionally make disciples as a lifestyle pattern? Have they had the various aspects of the CPM process modeled for them? Have they learned how to train and coach female near-culture local partners?

[ix] For an in-depth comparison and contrast see “T4T or DMM (DBS)?—Only God Can Start a Church-Planting Movement”–a two-part series in the Jan/Feb and May/Jun 2015 issues of Mission Frontiers.

R Nyman and her husband, James Nyman, serve with Act Beyond (http://www.beyond.org) in SEAsia among Muslim UPGs. Their family has served since 1991. Their passion is to see God glorified in the launch of cascading movements to Christ among these peoples. R also facilitates Women2Women CPM/DMM Trainings internationally as well as attempts to give a glimpse of the processes of implementation of DMM/CPM in the blogspot http://www.womeninchurchplantingmovements.blogspot.com