What Will it Take to See No Place Left

In Romans 15:23 Paul says there is “no place left” for him in the region. Why is that? Another translation quotes Paul as saying “I have finished my work in these regions” (NLT).

What can that mean? Surely there were millions of people in those regions that had still not heard the gospel.

“So from Jerusalem all the way around to Illyricum, I have fully proclaimed the gospel of Christ. It has always been my ambition to preach the gospel where Christ was not known, so that I would not be building on someone else’s foundation.” Rather, as it is written: “Those who were not told about him will see, and those who have not heard will understand.”

The Message puts it this way:

“I have trailblazed a preaching of the Message of Jesus all the way from Jerusalem far into northwestern Greece. This has all been pioneer work, bringing the Message only into those places where Jesus was not yet known and worshiped.”

The Vision of No Place Left is “a movement of movements aimed at getting to no place left where Christ is not made known in our generation—no people group, ethnic group, city or segment (Rom. 15:23). We do that through reproducing disciples and churches among the lost until there is no place left.” (noplaceleft.net) 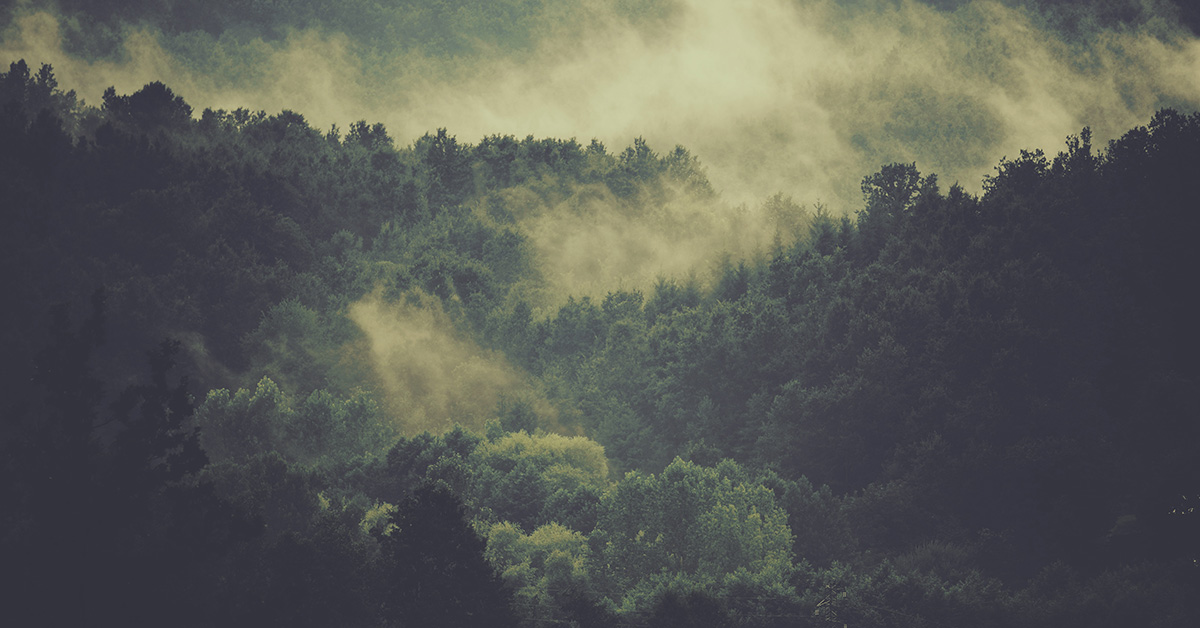 What would it take to see No Place Left in our generation? What will it take to accomplish the “pioneer” work of bringing the gospel into every place where Jesus is not yet known and worshipped?

Paul gives us a clue earlier in this Romans 15 passage:

I will not venture to speak of anything except what Christ has accomplished through me in leading the Gentiles to obey God by what I have said and done—by the power of signs and wonders, through the power of the Spirit of God.
Romans 15:18-19a.

Here we see Paul’s goal: to lead the Gentiles to obey God. And we see his methods: words, deeds, power of signs and wonders all empowered by the Holy Spirit.

He goes on to say in verse 19 that he has “fully accomplished” proclaiming the gospel. Rather than focusing on words or deeds or miracles, he has done all three together and thus “fully” shared the gospel.  Any effort to only share the “words” of the gospel will be a truncated gospel.

In 1 Corinthians 3:6 Paul describes his role as “planting the seed” which others water and God creates the growth.

So what will it take to “plant” the gospel seed in every place?

First, we will have to be empowered by the Spirit to fully proclaim the gospel through our words, deeds, and signs and wonders in every “place.”

Second, we will have to lead the unbelievers in these places to obey God. Obviously, Paul did not lead every Gentile to obey God, so how could he know if he had “accomplished” his job?

Jesus tells us to disciple every ethne.  An ethnos is “a body of persons united by kinship, culture, and common traditions.”[1]

Revelation gives us a fuller understanding of ethne.

“From every nation, from all tribes and peoples and languages, standing before the throne and before the Lamb.” (Revelation 7:9)

So we are looking at discipling tribes, peoples, languages – these groups with common identities. Acts 19:10 also shows a geographical example where all the Jews and Greeks in the province of Asia (15 million people) heard the word of the Lord in 2 years. 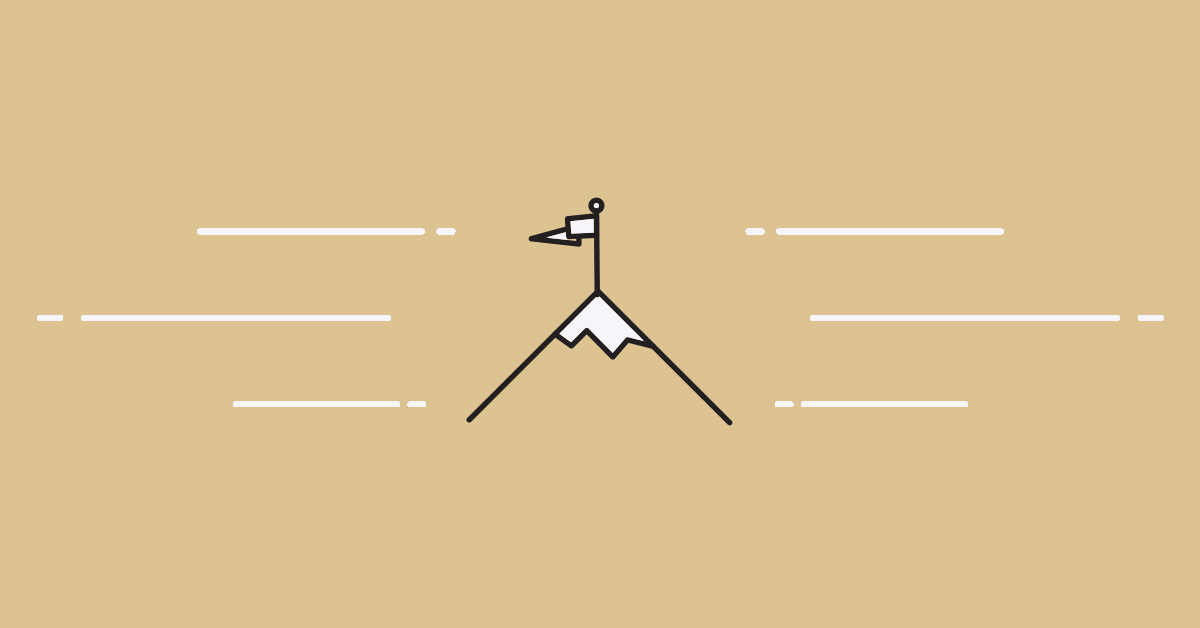 What does it mean to disciple a whole tribe, people, language and/or region? This does not mean we have to reach everyone in the group – because Jesus himself says that not everyone will follow him (The gate is narrow and only a few will find it (Matt 7:14)).

It seems to mean that we fully proclaim the gospel through our words, deeds and miracles in order to disciple a critical mass of people within each tribe, people, language, region who can then reach their own people with the offer of becoming a disciple of Jesus.[2]

What will it take to see No Place Left in our generation? How would that look in today’s world? Rather than laying out strategies and methods, perhaps we need to be ready and committed to the same type of dynamics we see with the early church as the gospel spread until no place was left in those initial regions.

What will it take for our churches to return to this?

They devoted themselves to the apostles’ teaching and to fellowship, to the breaking of bread and to prayer. Everyone was filled with awe at the many wonders and signs performed by the apostles. All the believers were together and had everything in common. They sold property and possessions to give to anyone who had need. Every day they continued to meet together in the temple courts. They broke bread in their homes and ate together with glad and sincere hearts, praising God and enjoying the favor of all the people. And the Lord added to their number daily those who were being saved.

What will it take for us to respond like Peter and John before the authorities?

Which is right in God’s eyes: to listen to you, or to him? You be the judges! As for us, we cannot help speaking about what we have seen and heard.

What will it take for the church to be purified and have a great fear of the Lord as happened after the lies and deaths of Ananias and Sapphira?[3]

What will it take to see the Spirit move in power as He did at Pentecost and to show great signs and wonders like we see throughout Acts?

As a result, people brought the sick into the streets and laid them on beds and mats so that at least Peter’s shadow might fall on some of them as he passed by. Crowds gathered also from the towns around Jerusalem, bringing their sick and those tormented by impure spirits, and all of them were healed.

What will it take for more of us to be willing to die for the gospel like Stephen did in Acts 7?

What will it take for us to be ready and willing to withstand great persecution such as the persecution we see in Acts 8 that resulted in the gospel spreading?

What will it take for us to bring the gospel to those who are “enemies” of our people like we see Philip doing as he brought the gospel to Samaria in Acts 8?

What will it take for us to pray for, go to and welcome the radical conversion of those who now persecute Christians but could become great missionaries for God the way Paul was?

What will it take for us to be freed of our selfishness, treat others as just as important as we are and realize like Peter said:

I now realize how true it is that God does not show favoritism but accepts from every nation the one who fears him and does what is right.

What would it take to plant churches throughout our regions like the churches started in Jerusalem, Antioch, Arabia, Syria, Athens, Corinth, Philippi, Thessalonica, Ephesus, Smyrna, Pergamum, Thyatira, Sardis, Philadelphia, Laodicea, Colossae, and so on?

What will it take to see No Place Left?

What are you willing to do?

And more important than what I can do is are we together willing to see God do what must be done?

[2] The Lausanne 1982 people group definition says: “For evangelization purposes, a people group is the largest group within which the Gospel can spread as a church planting movement without encountering barriers of understanding or acceptance”

[3] More money is lost to ecclesiastical crime than we spend on missions to the 29% of the world who have never heard the gospel.

Thanks for this challenging and (to my mind) biblically needed set of questioning to global command minded Jesus Kingdom Community.

Recently (during quite an intense soaking/prayer session, in an unreached area of Asia Minor) this thought was given to us

“” Raise up a new generation of proclamers and apostolic minded people who will be ‘darkness hunters’.
Instead of them seeing darkness (that is often dangerous) and running away from it - that this new generation will run TOWARDS the dark, in order to shine brightly the Power, Presence and Prolamation of Jesus Christ as Lord “”

This, at fist glance, seems irresponsible, yet at the same time refreshinly Biblical and Jesus centered

If this is helpful - then please feel free to use

Thank you for this image of “darkness hunters.” I like it and will likely promote it. If you have further thoughts on this, please send them to me at .(JavaScript must be enabled to view this email address)

email: .(JavaScript must be enabled to view this email address)