To Love the Glory of God

At the dramatic crescendo of John’s gospel, Jesus makes a final appeal, that those who could perceive the light of the world would “believe in the light” to become “sons of light” (John 12:36). Even though most chose not to believe in Him (12:37), John adds the detail that “many even of the rulers believed in Him, but because of the Pharisees they were not confessing Him” (12:42).

FAITH WITHOUT FOLLOWING: FEAR OF SHAME

This is a familiar outcome to anyone involved in frontier missions. Why do we so often see more believers than followers? John offers a penetrating insight as to why: The leaders were fearful of being ousted from their society. They remained crypto-believers “for fear that they would be put out of the synagogue” (12:42). John gets to the heart of the matter: The fear was based on a love: “for they loved the glory (Greek: doxa) of men rather than the glory (doxa) of God” (12:43). We can say three things about the glory that comes from God.

The Psalmist answers his own question about humankind — “What is man?” — by recognizing that humanity is crowned with “with glory and majesty” (Psalm 8:4-5). Paul says that humanity made a dreadful exchange, trading “the glory of the incorruptible God” for a much lesser glory, that of “an image in the form of corruptible man” (Romans 1:23). The tower of Babel was much more than a project to construct a tower and a city. They were actually seeking to fabricate their own self-bestowed glory: “Let us make for ourselves a name” (Genesis 11:4). This ambition was directly answered by a God-granted glory that is intrinsic to the Abrahamic covenant. We often quote lines from Genesis 12 that promise that Abraham and family would be blessed to be a blessing. But those lines that promise blessing are entwined with statements of God’s promise to honor Abraham by giving him a great name. This notion of “name” as renown and respect is the same terminology that had been used at Babel. The difference was that the honor bestowed upon Abraham was to be God-given:

“And I will make you a great nation, and I will bless you, and make your name great; and so you shall be a blessing” (Genesis 12:2).
There are many more biblical references that explicitly contrast these two ways that humanity seeks glory. The twisted, self-bestowed honor we can call “broken glory.” Every society in history has been rife with schemes and routines of gaining status and fame in the eyes of other people. Every system of broken glory is somehow perverse and sometimes monstrously distorted so that people find themselves struggling in the ugly absurdity that their “glory is in their shame” (Philippians 3:19).
The other way of honor is glory that is granted by God Himself. We can call it “better glory.” Jesus contrasts this glory by challenging people to abandon the habit of receiving “glory from one another” and instead to “seek the glory that is from the one and only God” (John 5:44).

John’s account describes our attachment to either way of glory — the broken glory exchanged among humans, or the better glory coming from God — as relational realities of love. We either devote ourselves to one way of glory or the other. We can see innumerable cultural patterns and social structures by which people negotiate an exchange of broken glory as essentially eroded, fragmented, distanced relationships. 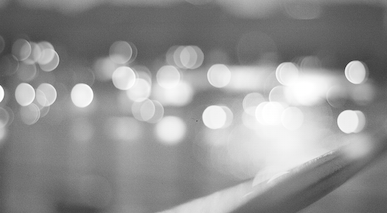 The glory that comes from God is also a relational reality, but one that is full and abounds in joy. The title of my friend Fawn Parrish’s book conveys a book-load of truth in itself: Honor: What Love Looks Like. Those that God loves, He also lifts, honoring them even by His condescension to receive them. How outrageous is God’s love!

We are accustomed to speaking of glory that should come to God from His creation. We can also see glory coming from God to those that He loves. But the exchange of honor, glory and love is not just to and from God; it takes place everlastingly in and amidst the persons of the Trinity. Jesus pointedly speaks of glory that He enjoyed “with” the Father “before the world was” (John 17:5). Jesus equates that eternal glory with the love that ever flows amidst Father, Son and Spirit. He prays that His people will behold this love that bestows glory: “so that they may see My glory which You have given Me, for You loved Me before the foundation of the world” (17:24).
This astounding truth, that honor is exuberantly exchanged amidst the Spirit, Son and Father from eternity to eternity, means that the relational realities of honor should not be reduced in our thinking as facets of particular cultures with peculiar face-saving customs. Love that honors is a reality that predates the foundation of the world. Every society’s system of honor-shame is derived, usually in a distorted way, from the glory that freely and everlastingly abounds in the Trinity.

What is the significance of this God-wrought better glory for mission endeavor? At least three things come to mind:

Westerners have long recognized that many societies function with well-developed systems of avoiding shame while gaining and preserving honor. In business endeavors and 20th century military operations it had become commonplace for leaders to be briefed on the honor-shame aspects of particular societies.

In mission practice, awareness of honor-shame dynamics is recognized as helpful to understanding how to be received and understood in a cross-cultural setting. At the same time, honor-shame can be regarded as nothing more than a set of helpful hints about how to get a hearing and not offend locals.

Yet it is arrogant to consider honor-shame societies as backwards or primitive. Every society in history incorporates honor-shame dynamics. And every such system is, to some extent, broken. Christ redeems and transforms cultures, and with this transformation, people are freed from patterns of broken glory so that they can love God and delight in the better glory God gives to those who love Him.

2. PROCLAIM THE GOSPEL OF THE GLORY OF GOD

The gospel announces that God has exalted a human from death and hell to His right hand, and has given Him authority and a name above all others. This exalted Man now summons men, women and children from every language and lineage, not simply to escape hell, but to be joined with Him so that they may share in His glory — both individually and corporately. Paul understood his work as fully declaring the word of God (Colossians 1:25) so that the “riches of the glory” of the gospel would be known among the peoples, which is Christ as Lord amidst the peoples, the hope of their glory (1:27).

The fullest announcement of the gospel will convey the hope of the better honor from and with Christ. Paul prays for the Gentiles, that “the Father of glory” would be revealed, so that “the eyes of [their] heart [would] be enlightened” to see “the hope of His calling, what are the riches of the glory” that he lavishes upon those He loves (Ephesians 1:15-18). If we fail to convey the hope of the better honor found in following Jesus, we may find that many we persuade to believe in Christ — like some Jews of Jesus’ day — refuse to follow Christ openly for fear of being disgraced or excluded from their societies. If we can introduce people to the Lordship of Jesus Christ as fulfilling the hopes of their people for a better honor, we may find people moved to not only put their private faith in Jesus, but to publicly fix their hope upon Him as well.

As Christ draws followers to Himself from every people, their obedience to Him will be expressed in a variety of culturally appropriate ways. Romans 15:1-13 suggests that we are to anticipate different cultural practices. The strong are urged to bear with those who are weak, joining Christ in bearing the reproach, or shame, of being associated with different peoples following the same Lord. God encourages us through the scriptures to live in the hope of being His people who glorify Him on earth. And thus the crucial directive: We are to “receive one another, just as Christ also received us to the glory of God”
(Romans 15:7).