The Story-Teller, the Dhow and the Fishers of Men:

Orality in Relation to Muslim Communities Coming to Faith

“Can I tell you a story about Isa al Massih1 and some fishermen?” I asked my Muslim friends as we set a lee-ward sail in a handcrafted dhow2 off the coast of East Africa. The sun sent prisms of light off the rolling turquoise surface as we sat with our backs to the wind and the expanse of the Indian Ocean was before us as far as the eye could see. These local fisherman had a modest catch in the nets they had set the night before. They were eager to hear this story that was unfamiliar to them, and so I went on to tell them, “One day when Isa had been teaching the masses, he sat in Simon Peter’s dhow and asked him to put out a little from the shore. After he finished speaking to the people he said to Simon, ‘Put out into the deep water and let down your nets for a catch.’”3 As the story went on smiles lit the faces of my fishermen companions when they realized the miracle of the net-ripping, boat-sinking catch that resulted from Simon’s obedience to Isa’s command. “‘Depart from me for I am a sinful man,’ Simon said as he fell at Isa’s feet. Isa replied, ‘Do not fear, for from now on you will be fishers of men!’”

Jesus took this opportunity to call his first disciples to be “fishers of men.” How wonderful that this same story is being told and received as thousands of Muslims are choosing to follow Isa al Massih. It is estimated that there are over 10 million believers from a Muslim background spanning every region of the Muslim world.4 Over the past decade we have had the privilege to gain a deeper understanding of how the gospel has been received and churches birthed among hundreds of Muslim people groups.5 As the Fruitful Practice Research team6 we have personally interviewed dozens of cross cultural and indigenous teams who have seen God grow His church among Muslim peoples.

Jesus called fishermen from the inside of their dhow. He communicated to them in words and metaphors that spoke to their hearts. He taught the most profound truth through simple stories that are easy to remember and that never lose their impact. It is no surprise that a significant theme we have discovered in establishing fruitful teams is that of using storytelling to communicate the gospel. The vast majority of Muslim people groups are functionally oral societies. These fruitful teams have made it their practice to value the learning preference of the society and adapt their ministry appropriately. According to our research, teams who incorporate these fruitful practices saw over four times as many churches emerge than those that ignore them. One survey found that 82% of teams who adopt practices consistent with the learning preference of the people and combine that with fluency in the peoples’ heart language, reported fruit in terms of churches planted.7

Oral story telling is proving to be one of the most effective means of communicating the gospel, and specifically the biblical narrative. Though fruitful teams are using a variety of approaches to “storying,” the common fruitful thread is that they create a highly interactive and relational atmosphere where effective communication takes place.8 L. Burke pulled this example from one interview, 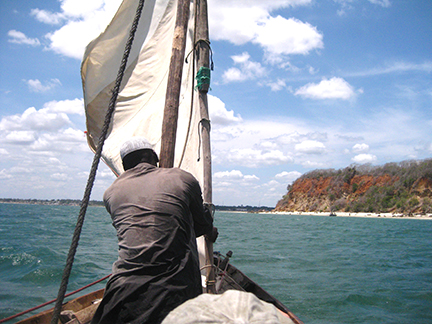 “[Teams] often used thematic stories that responded to felt needs as they arose. The Lord would bring up felt needs, then there would be a story from scripture. . . [about] who is Jesus and who is God, what is His character, what is His nature...” They found that using stories was “a real freeing approach” with people who would never have accepted a printed copy of the Bible, but who enjoyed the stories.9

For many Muslims the Bible is considered haram (i.e. forbidden) because it is believed that Christians have changed it and therefore corrupted it.10 Appreciating these realities, fruitful teams make a bridge using Islamic terms (e.g. Injil for gospel; Isa for Jesus; etc.) and thought patterns. This is not so much about using the content of the Quran, but rather it is about reflecting the value of sharing the gospel using terms, symbols, and forms of thought that are familiar to peoples with an Islamic heritage.11 Though they typically avoid the printed Bible, millions of Muslims are eagerly engaging Bible stories told by these “fishers of men” as well as radio, film and the internet. The Quranic verses about biblical characters such as Abraham, Mary and Jesus are incomplete and confused. Yet for Muslims who hear the full accounts and in their proper context—it often leads them to understanding, revelation and ultimately, faith. 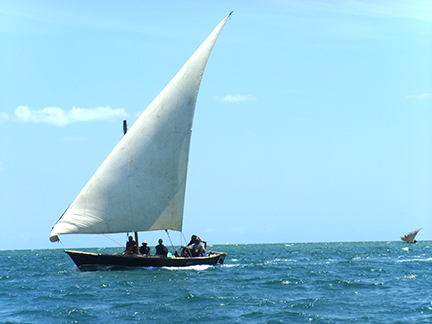 A team of first generation BMBs12 from one Island community found that celebrating the Muslim festival of Idd-ul-adha would advance the gospel among their people. They described it as “a fishing ground” since many of their fellow Muslims would attend. One young man from this movement concluded, “we do a lot of things to move closer to [our people].” On this day, they teach about Abraham’s sacrifice of Isaac using drama to demonstrate how God intervened by sending the lamb. They then move from this straight to the crucifixion demonstrating Christ as the ultimate lamb that was shadowed by this incident to take away the sin of the world. This celebration has drawn many of their people to listen to the gospel. It is estimated that there are now 6,000 believers and 100 churches in this movement. And it doesn’t stop there—this movement has now engaged its two Muslim neighbor tribes as well with plans for a third.13

We praise God that the dhows of believers from a Muslim background are reaching the shores of other Muslim people groups. These Jesus followers are now “fishers of men” as they take the stories that are near and dear to their hearts to their neighbors. Let us consider how we might encourage them, and even more importantly, join them until all the remaining unengaged and unreached Muslim people groups are given a chance to also choose Isa and follow him.

John is the Director of Ministries for AIM International as well as the international coordinator for a global network of 135 organizations focused on Muslim peoples. He has had the privilege of leading the Fruitful Practice Research Team since 2010. John currently lives in California with his wife and four children. You may contact John at .(JavaScript must be enabled to view this email address). For more information about Fruitful Practice Research, write to  [email protected]